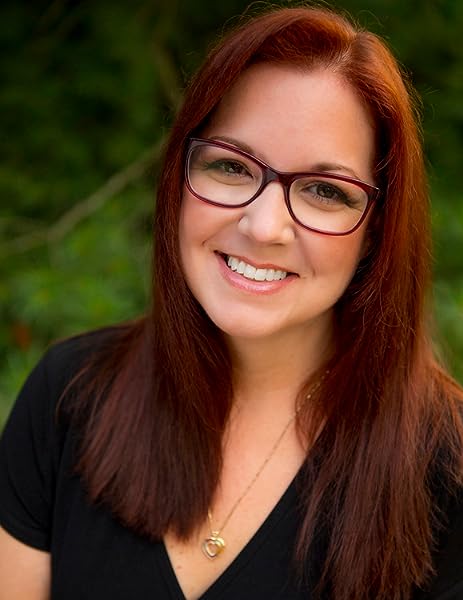 by Tiffany Snow (Author)
4.4 out of 5 stars 363 ratings
See all formats and editions
Sorry, there was a problem loading this page. Try again.

A native of St. Louis, Missouri, Tiffany Snow earned degrees in education and history from the University of Missouri-Columbia before launching a career in information technology. After nearly fifteen years in IT, she decided to pursue her lifelong dream of writing. She is the author of romantic suspense novels, including six previous books in The Kathleen Turner Series, which debuted with No Turning Back, and the Kindle serial Blank Slate. She lives in Kansas City, Missouri, with her husband and their two daughters.
Start reading Kade's Turn (Kathleen Turner Book 7) on your Kindle in under a minute.

4.4 out of 5 stars
4.4 out of 5
363 global ratings
How are ratings calculated?
To calculate the overall star rating and percentage breakdown by star, we don’t use a simple average. Instead, our system considers things like how recent a review is and if the reviewer bought the item on Amazon. It also analyses reviews to verify trustworthiness.

Kay E
TOP 500 REVIEWER
2.0 out of 5 stars Bloke Lit
Reviewed in Australia on 28 April 2016
Verified Purchase
This book follows the Chick Lit formula with a notable exception. It is the man who is the leading character and who becomes weak at the knees in the presence of the woman. The fill in story is weak and implausible. There are killings that the police don't seem interested in, a car bombing that the press haven't noticed and a bullet in the thigh that doesn't seem to affect mobility the next day. Characters pop up with no indication of who they are; presumably they are from previous books in the series.

On the whole, it might have been worth 99 cents but it was not worth the $2 that I paid for it.
Read more
Helpful
Report abuse

Kimberley Cartledge
4.0 out of 5 stars Four Stars
Reviewed in Australia on 4 May 2016
Verified Purchase
Another good light read in between heaven and more interesting reads
Read more
Helpful
Report abuse

Jolene Whitehead
5.0 out of 5 stars Amazing
Reviewed in Australia on 21 August 2016
Verified Purchase
No words to explain the Kathleen turner series. Except amazing.
The books told by Blane and Kade finish up the series perfectly.
Read more
Helpful
Report abuse

Susie
1.0 out of 5 stars Not the best book I've read
Reviewed in Australia on 3 May 2016
Verified Purchase
Not my favourite book from Tiffany Snow..no ending !!!!!
Read more
Helpful
Report abuse

tilley
4.0 out of 5 stars unusual
Reviewed in Australia on 19 May 2016
Verified Purchase
An unexpected page turner looking forward to a follow up
Read more
Helpful
Report abuse

I love how Kade grew in this novel, even if it was all on the inside. The key to character development is that they are a different person at the end of a novel than the beginning and Tiffany succeeds in that goal with Kade's Turn.

A couple of people seem confused by the purpose of this novel; that is, they seem to have been expecting to see later scenes that were in books 4 and 5 (ie. the Vegas scene) but as this was a companion book to the first novel, it would never have covered those later scenes. The book should not be marked down because of this misunderstanding.

Now, if Tiffany wants to write the other four from Kades pov, I'll be pre-ordering for sure. But I'm guessing that's the last we'll hear of him. Shame. Oh well, at least I can re-read on Kindle whenever the fancy takes me.

Devon Reader
5.0 out of 5 stars Completed the story
Reviewed in the United Kingdom on 15 September 2014
Verified Purchase
I have read, and re-read, all this series and the addition of Kade's point of view just completed it for me. I feel that this, along with Blane's turn, have helped provide a 360 degree view of the whole confused relationship. It was easy to see why Kade did some of the things he did in the stories written from Kathleens point of view when you realise that he has been in love with her all along.
To my mind there was never any doubt that Kathleen and Kade belonged together and this just helped re-enforce that.
Fantastic job Tiffany, as always.
I am looking forward to your new series of novels but I don't think anything will replace this for sheer class.
Read more
One person found this helpful
Report abuse

Kindle Customer
5.0 out of 5 stars Loved this series of books!!!
Reviewed in the United Kingdom on 26 August 2014
Verified Purchase
Arrived on my kindle at 12.10am ..... Another no sleep night and lazy day!!

Well, what can I say ... Absolutely brilliant! And even better is the fact the we have had all three sides of thoughts and feelings, to the same story .. Kathleen's, Blanes and now Kades. I also think the right man ended up with the girl ...

Louise Warner
5.0 out of 5 stars wow!
Reviewed in the United Kingdom on 28 August 2014
Verified Purchase
I'll start by saying that I am team Kade and have always been so I couldn't wait for this book and the chance to really get into Kade's head and it did not disappoint! I loved it and couldn't put t down as with the rest of this series.
I will say that I have read Blane's turn and gave that 5 stars too.
Tiffany 's writing is fantastic as always and I am looking forward to what comes next.
Read more
6 people found this helpful
Report abuse

suzieb
5.0 out of 5 stars Amazing
Reviewed in the United Kingdom on 18 November 2017
Verified Purchase
Loved reading the story from Kade"s pov. The Kathleen Turner series is by far my favourite books of all time have read them all three times now (sad but true!) Thank you Tiffany Snow for creating such wonderful characters.
Read more
Report abuse
See all reviews
Back to top
Get to Know Us
Make Money with Us
Let Us Help You
And don't forget:
© 1996-2021, Amazon.com, Inc. or its affiliates