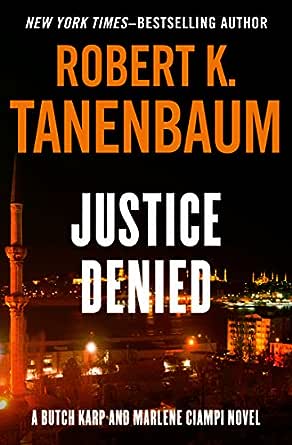 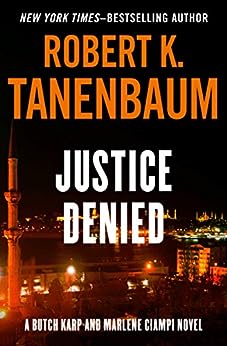 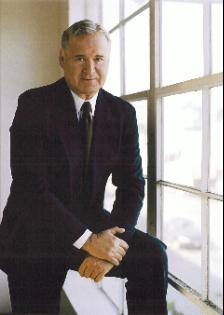 ''Though former Manhattan ADA Tanenbaum moved to Beverly Hills long ago, his New York is still as fresh as today's police blotter - and for any crime fan to miss it would constitute felonious neglect.'' --Publishers Weekly (starred review)

Manhattan’s homicide bureau chief investigates a murder at the UN in the New York Times–bestselling author’s “most powerful thriller yet” (Vincent Bugliosi).

While on his way to the UN, a Turkish diplomat is gunned down in the street. All signs point to an ancient blood feud, and the NYPD quickly tracks down their lead suspect: an Armenian nationalist they believe was out to avenge the Armenian genocide. He fits their suspect profile perfectly—so perfectly, in fact, that Chief Butch Karp is beginning to doubt the story.

With the help of his crime-fighting wife Marlene Ciampi, Karp digs into the diplomat’s death, uncovering a deadly web of corruption far more sinister than even he could have imagined.

Written by legendary prosecutor and New York Times–bestselling author Robert K. Tanenbaum, Justice Denied exposes the kind of dirty dealing that goes on in the shadow of the UN.

Justice Denied is the 6th book in the Butch Karp and Marlene Ciampi series, but you may enjoy reading the series in any order.

MED
3.0 out of 5 stars So so effort in the long running series.
6 September 2012 - Published on Amazon.com
Verified Purchase
Tanenbaum returns with Karp and Ciampi - NY ADA's and now married with an infant daughter. This installment of the series starts with the murder of a Turkish diplomat in broad daylight near the UN.

Fellow ADA Roland Hrcany catches the case and along with two of NY's finest quickly settle on a suspect - an Armenian political activist. The scenario seems too pat for Karp and he challenges his protege to dig deeper. The internal politics spill over at the office making for a strained relationship.

At the same time Marlene comes across a particularly gruesome rape/murder and has her personal detective, Harry Bello looking for the perpetrators.

There is plenty of the SoHo/Little Italy personal aspect of the relationship between Karp and Ciampi. But way too much Turkish/Armenian history. Karp has knee surgery and elects to live out of his office rather than negotiate the access unfriendly loft. This storyline leads to an implausible 'relationship' that the straight arrow Karp would never find himself a part of....

Just a so so entry in the usually very good series.
Read more
2 people found this helpful

Michael &Tulay C
3.0 out of 5 stars Interesting story.
12 January 2018 - Published on Amazon.com
Verified Purchase
Turkish diplomat is killed, is this a revenge killing by Armenian terrorist? Great detailed history of Armenian genocide and stolen art form museums. Butcher and Marlene's relations and there living conditions in small walk-up apartment with the baby. Murder or suicide, dealings of stolen art and politics of district attorney office. Even you'll learn how to make pizza. Parts really gets long and detailed.
Read more

Michael
5.0 out of 5 stars Fun Read
20 May 2018 - Published on Amazon.com
Verified Purchase
Much better than the typical “take-on-flight” I was afraid I’d get. Good plot, complicated enough enough to keep you interested, interesting characters more than two- and less than three-dimensional, and I nice walk on memory lane back to the 1980s.
Read more

Leslie Jones
5.0 out of 5 stars Justice Denied (Tanenbaum)
1 February 2014 - Published on Amazon.com
Verified Purchase
I'm a fan of Robert K. Tanenbaum and have most of his books in paperback. This is another "goodie" read. I can always depend on Tanenbaum's superior craftsmanship, layered plots, and believable characters.
Read more
One person found this helpful

Patty Quattlebaum
5.0 out of 5 stars Great
9 May 2015 - Published on Amazon.com
Verified Purchase
I love all of this authors books. I have recently started at the beginning and have about reached the middle. I almost feel like a fly on the wall as this family is formed and evelves.
Read more
Go to Amazon.com to see all 14 reviews 4.1 out of 5 stars
Get FREE delivery with Amazon Prime
Prime members enjoy FREE Delivery and exclusive access to movies, TV shows, music, Kindle e-books, Twitch Prime, and more.
> Get Started
Back to top
Get to Know Us
Make Money with Us
Let Us Help You
And don't forget:
© 1996-2020, Amazon.com, Inc. or its affiliates