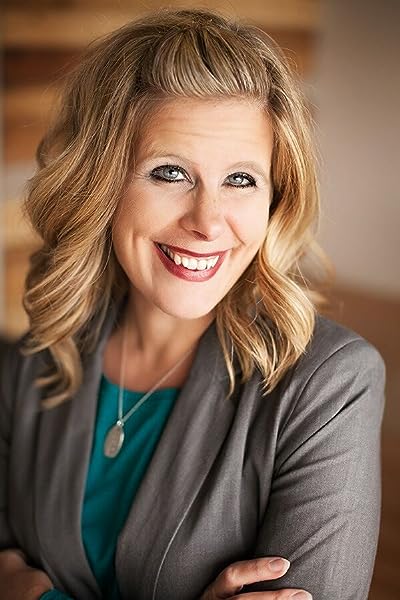 Page 1 of 1 Start overPage 1 of 1
Previous page
Next page
Start reading Just One Kiss: A Harbor Pointe Novel on your Kindle in under a minute.

4.6 out of 5 stars
4.6 out of 5
102 global ratings
How are ratings calculated?
To calculate the overall star rating and percentage breakdown by star, we don’t use a simple average. Instead, our system considers things like how recent a review is and if the reviewer bought the item on Amazon. It also analyses reviews to verify trustworthiness.

Kindle Customer
TOP 1000 REVIEWER
5.0 out of 5 stars Wow
Reviewed in Australia on 21 November 2020
Verified Purchase
An extremely well written story of how abuse and trauma and lies can have a lifetime of consequences. Love Josh, Carly and Jaden. Love the love there. It is a book that helps you realise, there is always more going on in people's lives than you realise. Be kind. Definitely recommend it.
Read more
Helpful
Report abuse

Mandy P
5.0 out of 5 stars Life's all about 2nd chances and letting go of fear
Reviewed in Australia on 11 August 2019
Verified Purchase
Like Carly and Josh, we too often allow out fears to stop us from taking a step towards what we really want. We don't realise that if we simply take a step forward, forgive the past and have the courage to face our fears, we could be opening ourselves up to so much more than what we've settled for.
Courtney brings Josh and Carly’s story to life in such vivid colour I felt their heartbreak and their joy as they journeyed through their disappointments and fear to the joy on the other side. I couldn't put it down!! Such a great read.

Fiction Aficionado
TOP 500 REVIEWER
4.0 out of 5 stars A second chances story with a lot of heart
Reviewed in Australia on 20 October 2019
Just One Kiss is a second chances story with a lot of heart. It’s not always easy to root for a guy who walked out on his family when his son was just an infant, but Josh’s humility won me over from the beginning. He acknowledges that he’s given Carly no reason to trust him and therefore makes no demands, but he’s determined to prove to her by his actions that he has changed, and that means being there for both Carly and Jaden when Jaden faces a health crisis.

What made this story even more engaging was that, despite rooting for Josh, I could totally understand Carly’s desire to protect her heart from further disappointment. And Courtney Walsh brought this tension to every scene without having her characters resort to pettiness and overdone animosity. Neither did they see-saw between giving in to their attraction and pushing each other away. Rather, Josh steadily chipped away at Carly’s defenses with his gentle flirting AND his steadfast determination to be the man she and Jaden need. Not to mention that one kiss… Okay, so maybe that was the one exception to the “steadily chipping away” comment!

I did find some of both Carly’s and Josh’s inner narratives a little repetitive at times, particularly in the earliest chapters of the novel, and there were also some predictable moments in the plot, but these things only detracted momentarily from my overall enjoyment of the story. And if I hadn’t already been sympathetic toward Josh, learning his history as it came out through the novel would have clinched it.

Finally, I can’t conclude without mentioning Jaden and his example of unmerited grace toward Josh:

"No, he couldn’t explain everything to Jaden—maybe not ever—but it turned out Jaden didn’t ask for explanations or reasons. He simply said, 'Let’s start over, Dad.'
And so they did.
Nobody in all his years had ever shown him that kind of grace."

Jaden’s health issues provided a great focus for the story and added a whole extra layer of heart, both literally and figuratively!

In short, if you’re looking for a second chances story that will reel you in, heart and all, then make sure you pick this one up.

I received a copy of this novel from the author. This has not influenced the content of my review, which is my honest and unbiased opinion.

Amazon Reader
4.0 out of 5 stars Well-Written but Too Repetitive and Predictable 3.5 Stars
Reviewed in the United States on 11 August 2019
Verified Purchase
Courtney Walsh is a talented author, but this book wasn't as enjoyable as I'd hoped. The basic story and characters were fine, but it was too predictable. There's an abundance of the push/pull in the relationship between Josh and Carly that made the reading tedious. They had once been so close, and although what Josh suffered was horrible, secrets drove him away from town years earlier which created a ton of unresolved anger and heartache. An example of the repetition was in how many times any character's eyes "met" the eyes of another. Several sentences were repeated or basically said the same thing, so the editing could have been tighter. Any time a doorjamb is mentioned, Josh was there with his sexy, lazy grin. He was even repetitive in his "You're so beautiful" compliments to Carly and needed some new lines. Watch out for the scene in the bridal shop. I just knew what would happen, and sure enough it did without any plausible reason for the hero to step into that shop (especially with his companion of the moment, another convenient and predictable plot device, ditto the young doctor). POSSIBLE SPOILER ALERT: One thing that bothered me was the medical issue, and it was a huge part of the story. Simply my thoughts, but they shoved aside the opinion of a seasoned, well-respected doctor in favor of internet research when it seems they could have waited. I understand a teenager "living" for something, but when you're told strenuous activity could kill your child, as a parent, I would have waited. It bothered me that both Carly and Josh were so stubborn and gung-ho to have Jaden jump right back into training for such a physically grueling, demanding sport. Overall, this book is suited for fans of angsty romance. It is clean but not especially inspirational. At times, God seemed like an afterthought, I'm sorry to say.
Read more
2 people found this helpful
Report abuse

Rebecca Maney
3.0 out of 5 stars Life, Love, and Second Chances!
Reviewed in the United States on 13 September 2019
Verified Purchase
3.5 stars

"I would do anything, for you Carly Collins. And that'll be true until the day I die."

Promises. Promises. Josh Dixon made them and then walked right out of Carly Collins' life, leaving her to raise their son as a single mom while he went off and eventually made a literal fortune. Now Carly and their sixteen year old son Jaden need him; perhaps this the opportunity that he has been praying for, to finally make things right. The underlying question remains, will Carly ever forgive him?

Carly Collins would have thought that living sixteen years without laying eyes on Josh Dixon would have eradicated any visceral reactions to him, but there's a part of her that is glad that he showed up; their son's health is in jeopardy and while the road to recovery seems possible, Jaden's future as an elite athlete appears bleak. As Josh and Carly become parenting partners for the first time, all the pent up emotions from their past begin an ugly seepage into their present reality. Life has not been the same for either of them, since that tragic misunderstood evening so many years ago.

Second chances make lovely platitudes, but the reality is that broken promises and abandonment are difficult to overcome, even with forgiveness as an ally. Enjoy this author's lovely ability to paint the emotive ups and downs of Carly and Josh's attempts to ignore the ramifications of "just one kiss".
Read more
One person found this helpful
Report abuse

Denise
5.0 out of 5 stars Amazing novel about second chances
Reviewed in the United States on 24 July 2019
Verified Purchase
I just finished reading my ARC a second time. Walsh is such a talented and gifted writer.

This story dealt with some really challenging topics and I love books that really cause you to think about trials in life. Even though I couldn't directly related to the hardships in this book the writing was so we'll done that I really did feel a lot of the pain the characters were dealing with.

I was especially impressed with Jaden! In some ways he was a typical teenager, but in many ways he was wiser than his years. It was a nice change of pace to read a teenager that was a strong Christian.

I loved Carly because she was real. She was moody at times and snarky and it was so realistic and perfect. I can be sarcastic and snarky sometimes and it really helped me relate to her. I also appreciated her honesty throughout this book. But most of all I connected to a character that has made and lives with mistakes in their past. Sometimes Christian Fiction leans too heavily toward "perfect" characters and I love the realistic ones so much more.

I didn't love Josh much at first. But after reading the book a second time I'm so in love with him! Men like him are the good ones. They are hard to find. I like that he knew his faults and worked hard to better himself (in more ways than one).

This book has so many truths about life in it. It has sin in it of various types. But the characters learn and grow through their sins. The forgiveness throughout this book is very Christlike.

Last but not least the romance is fantastic!!! There are some great kissing scenes and lots of flirting! I highlighted so many favorites where chemistry just jumped off the page between Carly and Josh!

I received an advanced copy of this book from the author. This is my honest review.
Read more
3 people found this helpful
Report abuse

Kindle Customer
5.0 out of 5 stars All it takes is one...
Reviewed in the United States on 27 July 2019
Verified Purchase
These characters are so well written that you identify with them from the first page. How often do we struggle with forgiveness - giving or receiving, want redemption or need to grant a second chance to those around you. This book will simultaneously break your heart and bring conviction to all the places in you know you could do better. Other characters make an appearance from the series - SO good!
Read more
2 people found this helpful
Report abuse

DAA
3.0 out of 5 stars Just One Kiss
Reviewed in the United States on 8 November 2020
Verified Purchase
This is the fourth book in this series. It is the first one I have also. They were childhood friends who became more in high school. But he left her and didn't show back into her life until their son contacted him. Now at sixteen years old their son has been diagnosed and in need of surgery. She calls him and lets him know. Will his coming back and staying be just what they need? Or will he leave again?
Read more
Report abuse
See all reviews
Back to top
Get to Know Us
Make Money with Us
Let Us Help You
And don't forget:
© 1996-2021, Amazon.com, Inc. or its affiliates