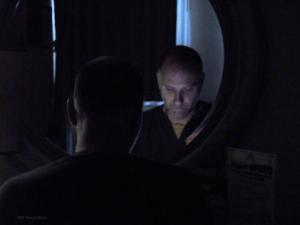 Page 1 of 1 Start overPage 1 of 1
Previous page
Next page
Start reading Jungle on your Kindle in under a minute.

"A powerful story of self-discovery, survival in the wold." --Los Angeles Times "A damn good read . . . it has the immediacy that puts the reader right there in the biting, clinging, rash-provoking jungle." --Lawrence Millman, author of Last Places "Simply breathtaking. Yossi's story of survival haunted me for weeks." --Bryce Courtenay, author of The Power of One "Told simply and yet with a novelist's eye for structure and drama, the story unfolds like a nightmare movie." --Sun Herald

Yossi Ghinsberg is a bestselling author, business motivational speaker, and a riveting storyteller, who has worked with such organizations as BP, Citibank, Qantas, IBM, Hilton, BMW, Procter & Gamble, Fuji Xerox, Telstra, and Bayer. Ten years after almost losing his life in the Amazon, he returned to the site of his remarkable adventure and made it his home. Yossi was instrumental in the creation and construction of Chalalan, a model eco-tourism village that inspires the Amazon basin and the world to this day. He lives in Israel, Australia, and the United States. Greg Mclean is an Australian film director, writer, and producer, whose works include Jungle, Wolf Creek and Rogue.

4.5 out of 5 stars
4.5 out of 5
397 global ratings
How are ratings calculated?
To calculate the overall star rating and percentage breakdown by star, we don’t use a simple average. Instead, our system considers things like how recent a review is and if the reviewer bought the item on Amazon. It also analyses reviews to verify trustworthiness.

Shirley The Reader
5.0 out of 5 stars Jaw dropping,y thrilling,
Reviewed in Australia on 8 December 2019
Verified Purchase
An extraordinary true tale of adventure, of loss, of miracles, of belief and trust. Every page held me riveted. Hard to comprehend what Yossi went through. You won't be able to put this book down. Stunningly, descriptively, written.
Read more
One person found this helpful
Helpful
Report abuse
See all reviews

healthysean
4.0 out of 5 stars A Great Read... So Interesting and Shocking
Reviewed in the United Kingdom on 8 January 2020
Verified Purchase
A touching, shocking, harrowing, incredible, story.

Yosseph "Yossi" Ghinsberg is an Israeli adventurer, author, entrepreneur, humanitarian, and motivational speaker based in Australia. Ghinsberg is most known for his survival story when he was stranded in an uncharted part of the Bolivian Amazon jungle for three weeks in 1981.

One thing is for sure, well a few things, mental toughness, common sense, and purely the will to live.

A harrowing tale in the depths of the Amazon jungle gave this survivor the vision to make the world a better place.

The rain forest was deafeningly loud. All the creatures sang their song or called out under the dense canopy as leaves danced in the humid air streams. There’s so much beauty. Yossi Ghinsberg couldn’t help but admire the wonders of this eco-system. It almost distracted him from his hunger pains. It’s been weeks and he hasn’t seen any sign of civilization. The woman beside him didn’t seem as weak as he was, yes his mind

The ants didn’t seem to bite her, and her foot wasn’t being devoured by fungi like his was. It wouldn’t be until the end of his last bit of strength that the ants actually saved him. Ant bites can cause the release of hormones and steroids in the human body giving an extra push to survive. He covered himself with them, and that bit of energy saved him.

“I actually went and shook a tree and showered myself with them because my feet couldn’t carry me anymore and I needed to stand,” he says. “I showered myself with the fire ants and, on the waves of pain, I managed to get up and keep on going.” With the last shred of hope he heard the sound of an engine. When he turned around to call on the woman, it became clear she never existed. He survived the Amazon alone.

Eating it was not an easy feat, but at least it was food. He recounts his hunger, “I would have eaten human flesh. With hunger at that level, it’s just energy. It’s beyond disgust.”

The next three weeks, he roamed without supplies or equipment. Completely lost, he had to survive as best he could. Creatures and beasts tried to devour him at every turn. Ants slowly ate away the skin of his deteriorating body as hope seemed to fade away. Fire ants bite and so painfully, the reality of all the scary days and nights, the sounds, jaguar paw prints, snakes and much more, trying to sleep while been bitten to death...

At last there was a sound different from the din of the jungle — the sound of an engine. He made his way towards a river and reunited with his partner and a crew of natives that had launched rescue operations for him. They found him after three days of search and after three weeks of being stranded. He claimed a woman had kept him company. They were almost at their last bit of hope when they came upon him. He spent the next few months in recovery at a local hospital. The other two adventurers continued their journey into the jungle but were never seen or heard from again, not known at all if they survived.

After two decades, a movie was finally made, The Jungle, a feature film retelling his adventure in the Amazon starring Daniel Radcliffe of Harry Potter fame.

In 1993, he wrote his first book, Back from Tuichi, which sold millions of copies, gained extreme popularity in Israel, has been translated into 15 languages, and was published under a variety of names worldwide. Then in 2008, he wrote his second book, Laws of the Jungle: Jaguars Don’t Need Self-Help Books.

“The story,” he says simply, “has been a blessing in every way I can see”. This true-life adventurer and his contributions to making a better world continues to this day.

Kindle Customer
5.0 out of 5 stars Amazing. My heart is still thumping
Reviewed in the United Kingdom on 19 September 2020
Verified Purchase
Gripping and exciting. Best book I have ever read. Yossi you are an inspiration. Can't imagine anyone having such a strong determination and will to live.
Read more
Report abuse

Lesley M.
4.0 out of 5 stars Unputdownable
Reviewed in the United Kingdom on 15 January 2020
Verified Purchase
A great story of courage and determination in this autobiographical account of survival against the odds.
Read more
Report abuse

C. Cooper
4.0 out of 5 stars Good read.
Reviewed in the United Kingdom on 2 March 2019
Verified Purchase
Interesting study about the cusp of courage and stupidity
Read more
Report abuse

pat
4.0 out of 5 stars Four Stars
Reviewed in the United Kingdom on 2 July 2018
Verified Purchase
it's worth a read, very interesting
Read more
Report abuse
See all reviews
Back to top
Get to Know Us
Make Money with Us
Let Us Help You
And don't forget:
© 1996-2021, Amazon.com, Inc. or its affiliates