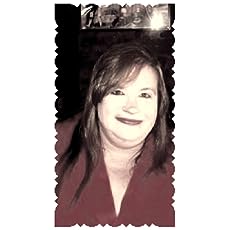 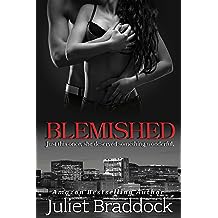 BLEMISHED 12/09/2017
by Juliet Braddock, Rachel Williams
( 3 )
$5.99
A tragic accident in the middle of an immobilizing blizzard joins Gavin Fletcher and Chloe Cabot, uniting two tarnished souls on a life-changing journey that defies the odds of their haunting pasts.

Beautiful and imaginative, Chloe struggles to survive the daily grind of life in Chicago. An artist who never dared to explore her dreams, she takes pride in her independence and fends for herself at all costs.

A young advertising executive who’s rising fast within the industry, Gavin has built an ordered and precise life, but he’s much more lonesome than he’ll ever admit.

Both exist in worlds veiled in secrecy.

On the surface, Gavin’s life exudes perfection. He’s building his own thriving business, but beneath that slick exterior, he’s hiding the truth about his enigmatic lifestyle.

Chloe, on the other hand, has been dealt a rough hand in life. As details of her heart-wrenching past emerge, she fears she might lose Gavin for good.

Together, though, they discover solace in each other’s arms. While Chloe blossoms as Gavin’s submissive under his tough but tender tutelage, she wonders if he might just be the one to break the façade of fear that surrounded her heart. 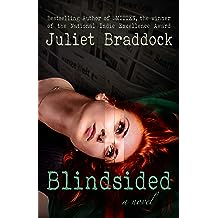 Two rival journalists must decide if love really can triumph over their tumultuous past to build a new, albeit different, life together in the face of their greatest challenge yet.

A chilling turn of fate sweeps these broken lovers into a fury of angst and lust. Josie Rossi returns to Oliver Billington's life, forcing him to unveil the secrets he’d harbored since their break-up a decade earlier.

Tragedy threatens to destroy every last shred of hope they shared. As their lives converge once again, Josie and Oliver must ultimately decide if trust can salvage the remnants of their love.
Read more
Other Formats:: Paperback
includes tax, if applicable 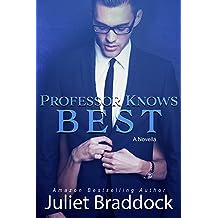 PROFESSOR KNOWS BEST: A Novella 12/09/2017
by Juliet Braddock, Rachel Williams
$1.28
Professor Justin Langford is on a mission to teach his star student Sloane Bradford a few lessons in her deepest, dirtiest fantasies. In fact, the last thing he needs is another college girl. Justin wants his very own Baby Girl.

After a miscommunication separates them for a decade, fate reunites the reluctant lovers, and Sloane returns, bruised and slightly broken, to Justin. However, he’s not given up on his pursuit of Sloane—or on his fantasy.
From swing sets to sex shops, Justin challenges Sloane to embrace a life filled with sippy-cups and spankings, all in the name of Daddy’s Little Girl. However, Sloane has a lot to learn if she’s still intent on being his prized pupil.

Will Justin manage to control her rising brat enough to transform Sloane into Daddy’s Little Girl? 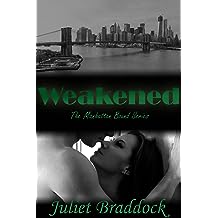 WEAKENED: The Manhattan Bound Series Book One 17/11/2014
by Juliet Braddock, Rachel Williams
( 17 )
$3.99
Against the glittering backdrop of New York City, budding theatrical publicist Maxine Kirk, fresh off the bus from a small Pennsylvania town, stumbles into the arms of her beloved teenage crush, unleashing desires that she never imagined.

Enter Drew McKenzie, a rising star on Broadway with dashing looks and talent to match, who masquerades behind the characters he portrays.

Instantly, Maxine finds herself lured into Drew’s high society world only to uncover a complicated man beneath the glitz and glamour of his public persona. As soon as the curtain falls, Drew sheds his stage costumes to reveal a daring Dominant side.

Titillated by his enigmatic life, Maxine clamors to discover a surreptitious and possibly perilous affair with Drew, all the while questioning her own preconceived notions on romance.

Secrets surface, revealing haunting truths that test both Maxine and Drew of their own intentions. But in this high-stakes game of trust, only the strongest survive. 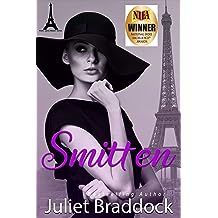 January Gallimore has arrived at a crossroad in life.

For five years, January shared a long-distance love affair with French rock legend, Etienne Marceaux. Their relationship is passionate but comfortable. Caught in the whirlwind between New York and Paris, they indulge in stolen moments in between their chaotic celebrity lives.

Although Etienne certainly knows how to entertain her with his Dominance, January realizes that something is missing. Now a thirty-something actress, she wonders how long her career will endure, and she questions some of the decisions she’s made.

On a spontaneous trip with her best friend to Provence, January encounters a chance meeting with a younger Englishman, Nigel Hereford-Smyth. With his naivete and somewhat awkward aristocratic ways, Nigel, nevertheless, sweeps January off her Louboutin pumps.

Forced to leave Nigel by her filming schedule, January returns to the hustle of Hollywood, only to find her confusion mounting.

Will she choose Etienne, who makes her body sizzle…or Nigel, whose charm and manners leave her SMITTEN? 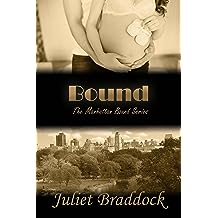 BOUND (The Manhattan Bound Series Book 4) 11/10/2016
by Juliet Braddock, Rachel Williams
( 5 )
$3.99
On a journey that brought young Maxine Kirk to Drew McKenzie as a novice submissive, the two lovers explored their most salacious fantasies together. In BOUND, the fourth book in the “Manhattan Bound” Series explores how life, love and lust have flourished between these two unlikely lovers.

Through dungeons and castles in the most glamorous cities around the world, Drew. a rising star on Broadway, brought publicist Maxine’s wanton desires to life, indulging her every need with a lavish but honest display of his affection. And in the course of their relationship, they found a love that could not be shattered.

While they placed their faith in each other, the lives of their friends and families converged. Often, their sexual shenanigans took a backseat to the lives of those most near and dear to them. Their separate worlds became one.

Five years later, changes have come to their lives, and Drew and Maxine find themselves facing a life-altering decision that will impact their ordered world in ways they’d never imagined.

And while their wanderlust and pursuit of kinky pleasures never wane, they discover together that the happiest place on earth really is right in their own chaotic home. 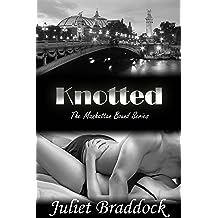 As their love continues to flourish, Maxine finds herself ensconced in Drew’s world, where power reigns in his all-consuming lust for her. From a blackout in Manhattan to a back alley in Paris to a castle in the Loire Valley, their passion knows no boundaries.

All the while, though, traces from their separate pasts continue to haunt, threatening to disrupt their happiness.

Maxine must confront the harsh, emotional realities that she’d thought she’d conquered. However, she wonders if her courage will withstand the crushing heartache that has threatened to destroy her soul.

As Drew continues to fit together the missing pieces of his childhood, danger shadows his every move. Drifting through the tumultuous events of their public and personal lives, Drew will stop at nothing to keep Maxine safe—and to guard their secrets from the world.

Passion and peril collide, culminating in the explosive revelation of the enigma that’s followed Drew for years. 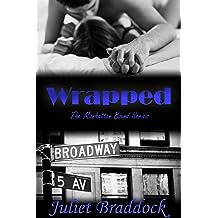 WRAPPED: The Manhattan Bound Series, Book Two 21/03/2015
by Juliet Braddock, Rachel Williams
( 11 )
$3.99
Sweeping through the glitz and glamour of New York’s high society and the drama unfolding in the dressing rooms of Broadway, WRAPPED, by Juliet Braddock, continues the journey of a young theatrical publicist’s foray into submission under the tutelage of a dashingly dark star of the stage. WRAPPED is the second book in the Manhattan Bound Series.

When Drew McKenzie presents Maxine Kirk with an ultimatum, challenging her to engage in his wanton brand of desire, she readily embraces her awakening hunger for a lifestyle that defies her perceptions of romance.

Entranced by Drew’s charming appeal and by his sensual assault to her senses, Maxine clamors to discover every nuance of this new relationship, ravenous to explore verboten fantasies that seem possible to fulfill only with Drew.

While Drew remains both confident and conscientious in his parlay of power over Maxine, his own tragic secret lurks in every shadow upon his path in life.

As the nightmarish details of Drew’s unimaginable life emerge, he fears that this new world he’d begun to build with Maxine will crumble around him.

However, as Drew opens his heart to Maxine’s unwavering support, he questions his own bravery, wondering if she’ll take a bow and make her exit…or if she’ll stick around for the encore?