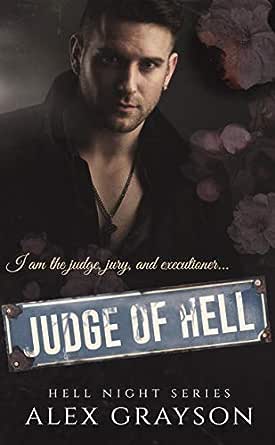 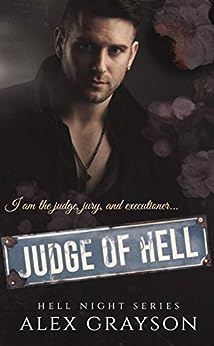 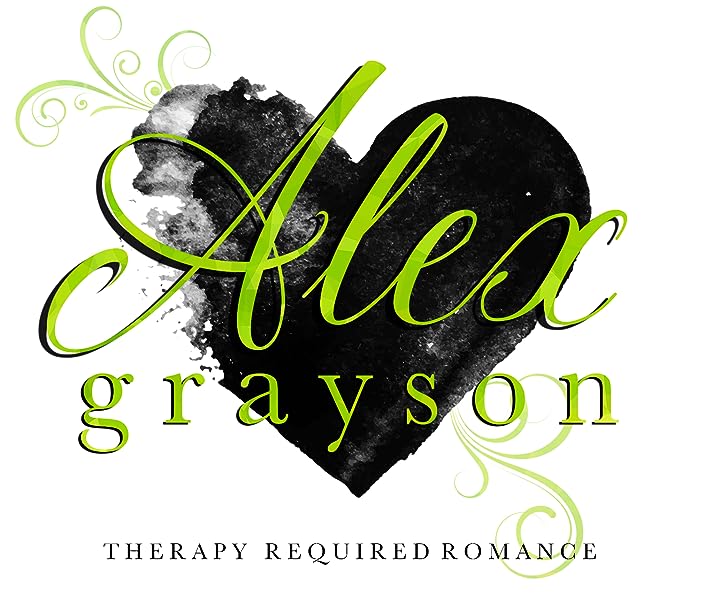 Enduring unimaginable horrors no child should, he swore no person would dictate his or his brother's lives again.

Revenge fueled him, setting a path destined from the moment he and his brothers escaped their hell. Nothing would stop him from destroying the ones who'd wronged him, even if that meant giving up the only woman to ever make him feel more than the heat of vengeance.
He let Ellie go, threw her away, never knowing the consequences of his actions.

Twelve years later, she reappears in his life, and she has some hellacious secrets of her own. Ones that knock Judge on his ass and threaten his ironclad control.

His life quickly changes course. Priorities are shifted and sacrifices are made. Judge has a decision to make. Will he give up his incessant need for retribution? Or will he sacrifice something he never dreamed he could have, but desperately wants.

Or is it possible to have both?

DISCLAIMER: Intended for readers 18 years and older due to mature content, abusive situations, and harsh language. May contain triggers for some readers. Please read with caution.

This book this series this author absolutely amazing 😉

Alex Grayson knows exactly what she's doing and with every book I read of hers they keep getting better and better I'm absolutely obsessed with her books and once I start one I'm so frustrated when I have to put it down lol ...

This book has everything you could ask for heartbreaking love that has never ended ... thrilling edge of your seat moment hit sexy scenes and hit hunky alpha males that have scars that need their true love to help calm their inner demons..... uuuummmm can I get a yes please ....

I'm so desperate for the next book that I actually squealed loudly on the last page oh my gosh aalex how can you do this to me ! .......
Read more
Helpful
Comment Report abuse

Caroline - Kindle & Koffee Book Blog
TOP 500 REVIEWER
5.0 out of 5 stars Gripping to the very end!!!
8 April 2019
Format: Kindle Edition
Well blow me. Just when thought this series couldn't get better this awesome author had to go and prove me wrong.

Judge has intrigued me from the very first book. I couldn't wait to find out the story behind him and his women. Always wondering if he would finally settle down with just one. Enter the curve ball from left field, a woman from the past with an almighty secret to share.

One set of secrets is enough for any reader, but two sets that will blow your socks off is epic. My heart broke for Judge & Ellie. All the time lost you can never get back, but it helps lay the ground for such a strong future.

This author never fails at sucking me right into whatever story she writes and making me feel everything all at once. I'm in 2 minds about what comes next. I can't wait for Emo's story, but I don't want it to end.
Read more
Helpful
Comment Report abuse
See all 3 customer reviews
Write a customer review

Melissa Joseph (Book Addicts Reviews)
5.0 out of 5 stars FANTASTIC READ
6 April 2019 - Published on Amazon.com
Format: Kindle Edition
5 twisted stars!!! This book is so messed up that it messes with my head but it is so good! I’m either crying, yelling in joy, angry or ready to puke. Craziness!!

This is book three in the “Hell Night” series. I don’t recommend reading this as a stand alone. Omg just read them all. They are so good. Even when I say book three it definitely doesn’t feel like this is only three books in. I mean I am in love and obsessed with these characters, this town, their stories. And the way this book ended!!! I need book FOUR fast!!!!

This book is dedicated to Judge. We all know Judge. The one and only cocky yet lovable guy who is deathly afraid of commitment. I was actually not too excited about this book. I thought it was gonna he Judge and all his women, and that just isn’t me. But no this took a whole different turn and I fell hard for this book. I cried a lot during this book. Tears of joy, sadness, loss and love. Anyway, Judge has a past like everyone in Malus but there was a woman right before Sweet Haven became Malus that you are about to meet and it goes to that Alex Grayson level. She has a way with these books. Like who can even think up this stuff. With that said I love her for it!

Judge was the one brother I just couldn’t relate to prior to this book but let me revoke that. I adore him! Maisy is amazing and is a game changer (can’t wait til you all meet her). Ellie is super special herself and most definitely belongs in Malus with all the survivors.

Every book this author gives you more of the back story and every time you think, there is no way in hell this can get more messed up then that. Nope it can and it will!!

This book is going to the favorites list. It’s a 5 star read. A must read of 2019!! This book will invoke every emotion from you. GRAB IT NOW!!
Read more
41 people found this helpful

Cindy Gibson
5.0 out of 5 stars Another must read in the Hell Night Series!
5 April 2019 - Published on Amazon.com
Format: Kindle Edition
Judge of Hell is book 3 in the
Hell Night series by Alex Grayson. Once again transported to the town of Malus. A town that dispenses it's own brand of justice. Ran by 4 men who while aren't blood related, are brothers! I have grown to love and adore these 4 men, Trouble, JW, Judge, and Emo. Their stories shattered my heart. But to see the men they are today makes me so proud of them. Alex Grayson has crafted a phenomenal story with these men. Every book in this series is a must read.

When Judge and Ellie get a second chance at love, can they make up for the past? In the books so far we see Judge as this man who refuses to settle down. He's in a poly relationship with 3 woman. All of each give him something he needs. I really didn't think a single woman could tie him down, boy was I wrong!
Ellie is EVERYTHING Judge needs, plus so much more. And watching him be a dad melted my heart.

Once again be warned this book isn't rainbows, kittens, and butterflies, it's dark, it's twisted, it's emotional, and at times hard to fathom what these men went through as children. But I devoured every single word!!! This series is PHENOMENAL!!! A 10 star must read!! I can not wait until Emo's book!!
Read more
40 people found this helpful

BookLover1977
5.0 out of 5 stars Dark, complex, and intriguing.
5 April 2019 - Published on Amazon.com
Format: Kindle Edition
“It's about life and the future we could have together. I want her body, but I want her heart and soul more."

I am being very picky with my 5 Star Reviews in 2019. I had very high expectations for Judge based on his history and his storyline in the other books. Alex Grayson hit Judge out of the park. This beautifully, broken man finds the woman who repairs his soul. This book is dark, complex and intriguing. The characters are flawed and tragically bonded together in a hell that can't be imagined.

This Hell Night series is so different and I'm loving it, so much! The storyline is so original that it could go wrong, but the author really takes these characters from boys to men and give them the most redemption they can achieve with the cards that they were dealt with their childhood.

This author and series are fantastic. If you don't read this book and series - you are missing out.
Read more
30 people found this helpful

Ashley Estep
5.0 out of 5 stars Holy Judge!
20 May 2019 - Published on Amazon.com
Verified Purchase
Holy Hell! I absolutely loved this book, it's the third book in Alex Grayson's Hell Night series and does not disappoint. Each and every character in these books have had horrendous things happen to them. The four brothers lived through years of abuse that is just unimaginable. Their tragic childhood shaped the rest of their lives for the better and for the worst.

Judge is a firm believer that his bloodline is tainted and should end with him. His parents willingly, and happily participated in Hell Night. His dark past and unresolved issues from the past keep him from loving anyone. The town of Malus holds too many secrets, and too much hurt to allow for love.

Ellie a single mother who blamed Judge for the horrible thing that happen to her. Ellie comes back into the picture with he daughter Maisey when Maisey gets sick and has a rare blood type. And guess who has the same one, that's right Judge. The man who never wanted kids, as a matter of fact they are a hard limit for him.

The animosity between Judge and Ellie in the beginning is high and very intense. Judge is mad Ellie never told him he had a daughter Ellie mad he's mad. The night Judge kicked her out of his life and apartment she was beaten and almost killed. Her feels of hostility towards him are understandable as anyone would have felt like that.

Judges secrets are not as simple as Ellie's and his struggle with telling her is hard. In Malus Texas things are done differently and no one outside of the town knows. Everyone that lives in the town has a past, a bad past. The town has a horrific history, that caused them to change the name.

Judge of Hell is full of angst, and is an emotional roller coaster and is not a book for everyone. The flashbacks are intense and absolutely heartbreaking but necessary to understand the way the four guys are the way they are. Alex delivers a book that makes you ache for each and every person in the story. Every character has a purpose, and adds to the depth of the book or the next. Alex setup book four perfectly in Judge of Hell and I cannot wait to see what she has instore for Emo and Rella (Daisy).

Judge of Hell is exactly what you would expect from an Alex Grayson book. Her words are flawless and always leave me needing more. I have never met an Alex Grayson book I didn't love. The Hell Night series is one of my favorites for sure.
Read more
2 people found this helpful
Go to Amazon.com to see all 96 reviews 4.8 out of 5 stars
Get FREE delivery with Amazon Prime
Prime members enjoy FREE Delivery and exclusive access to movies, TV shows, music, Kindle e-books, Twitch Prime, and more.
> Get Started
Back to top
Get to Know Us
Make Money with Us
Let Us Help You
And don't forget:
© 1996-2020, Amazon.com, Inc. or its affiliates