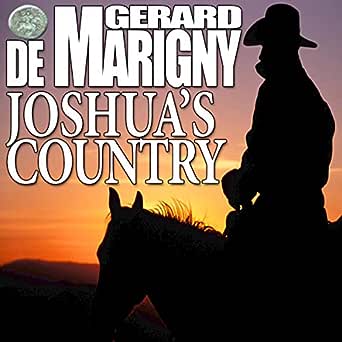 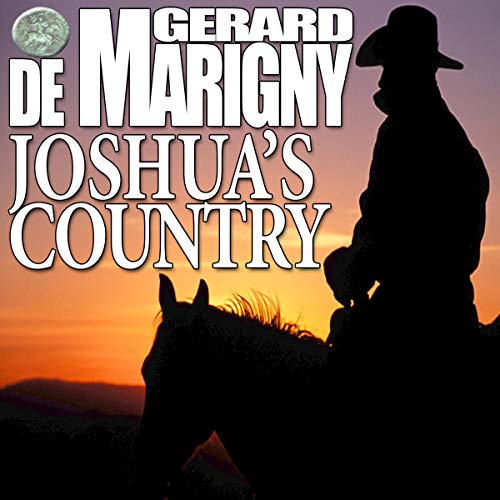 Mrs S
5.0 out of 5 stars I Loved It!
Reviewed in the United Kingdom on 27 September 2018
Verified Purchase
I couldn't put this one down. There is plenty of plot, action likeable characters and even the opportunity for a cry (if you are that way inclined).

Joshua the grizzled cowboy determined to protect to his own is a great character to get behind. His grandson comes across as a younger version of Joshua but with some cocky tricks up his sleeve (learnt from his 'uncles').

This story is fast paced and has plenty to keep you reading, the interesting disjointed family dynamic and how in times of crisis family will always stick together!

I have been fortunate to be given a copy of this book by Voracious Readers Only in exchange for an honest review. The books I'm being sent are getting better and better and I can't wait to read the next one from Mr de Marigny, that's in my queue.

Amazon Customer
5.0 out of 5 stars Fast acti
Reviewed in the United Kingdom on 13 March 2019
Verified Purchase
Joshua's Country is a brilliant book. The people who make the story so interesting are from such different backgrounds that it keeps you wanting to know more about them. It's edge of the seat action when things start to happen. The conclusion is what you wait for and the happy ending except for the loss of a friend who gave his life to save his family. If you like fast moving, edge of seat action this is it. Great read brilliant plot. Good defeats evil, you won't be disappointed.
Read more
Report abuse

Scott
4.0 out of 5 stars Action Thriller
Reviewed in the United Kingdom on 22 October 2019
Verified Purchase
I was given a free copy from Voracious Readers Only.

This was an interesting combination of a thriller and western novel. I was not sure if it would work but the writing was able to pull it all together very well. The fight scenes and the locations felt very realistic.

I found it an easy read but I was uncomfortable with the subject matter itself. But overall I thought it was well worth a read.
Read more
Report abuse

Lizzie
3.0 out of 5 stars Fast paced action
Reviewed in the United Kingdom on 22 April 2019
Verified Purchase
To be honest it wasn’t my usual genre so I may not be the best judge but I was uncomfortable with the violence and bloodshed. However I understand that many people enjoy these action-packed stories, and I did find it well-written with interesting characters. I see that there are other books in the series but I do not feel tempted to read them.
Read more
Report abuse

Lorna Adams
4.0 out of 5 stars Certainly action packed
Reviewed in Canada on 11 January 2019
Verified Purchase
I received a copy of this book for review through Voracious Readers. For a relatively short novel, there's a lot going on and many characters with their histories explained. There are some errors in the book, (tow the line, when the expression should be 'toe the line') and continuity (hoods off/on when they are captive). Exciting, but the terrorists are almost caricatures and the final shootout is implausible. Having said that, it would make a great movie that would appeal to the American audience.

A fun read, reminiscent of good old westerns. John Wayne, of course, would have played Joshua.
Read more
Report abuse
See all reviews
Get FREE delivery with Amazon Prime
Prime members enjoy FREE Delivery and exclusive access to movies, TV shows, music, Kindle e-books, Twitch Prime, and more.
> Get Started
Back to top
Get to Know Us
Make Money with Us
Let Us Help You
And don't forget:
© 1996-2020, Amazon.com, Inc. or its affiliates