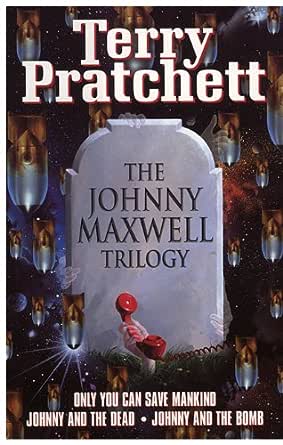 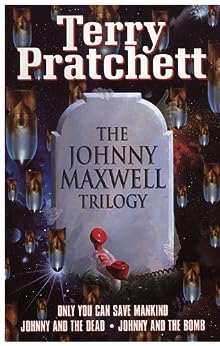 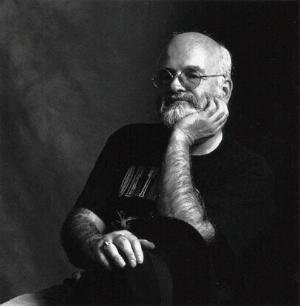 From a computer game in which the aliens want Johnny to negotiate a peace treaty for them, to the inhabitants of a cemetery who are just discovering how much fun being alive can be, to the time of the Blitz, join Johnny Maxwell and his friends in these three terrific tales from the master of comic fantasy.

Terry Pratchett is one of the most popular authors writing today. He lives behind a keyboard in Wiltshire and says he 'doesn't want to get a life, because it feels as though he's trying to lead three already'. He was appointed OBE in 1998. He is the author of the phenomenally successful Discworld series and his trilogy for young readers, The Bromeliad, is scheduled to be adapted into a spectacular animated movie. His first Discworld novel for children, THE AMAZING MAURICE AND HIS EDUCATED RODENTS, was awarded the 2001 Carnegie Medal.

karissima
5.0 out of 5 stars Classic, wonderful Pratchett
22 May 2016 - Published on Amazon.com
Verified Purchase
High quality stories typical of Terry Pratchett's books for tweens. There are engaging characters of all ages, who aren't superheroes, but who sometimes behave heroically in a quiet sort of way. And there's always a central idea that invites kids to think about their unexamined assumptions about war, computer games, religion, the afterlife, fast food, history, physics, relativity, and social roles. And the books are funny. Not bad, for three small books.
Read more
2 people found this helpful

lidias kindle
4.0 out of 5 stars Pratchet magic as always
7 April 2013 - Published on Amazon.com
Format: Kindle EditionVerified Purchase
I have read absolutely every Pratchet book I could lay my hands on.
Although I didn`t "LOVE" all of them I thorouhgly enjoyed every single one and have also
bought all but 1 or 2 of his books.
Being a avid fan, I might be biased, but cannot help it.
He has the knack to make you "recognise" his charachters in people in your own life.
He writes "human" better than any person I have come across, despite the fact that his stories are all
fantasy.
Don`t ever underestimate the power of his books and once you are caught in his web, there is no escaping until
you have read every single book he has ever written.
I strongly recomend this Trilogy.
Read more

Kindle Customer
5.0 out of 5 stars Excellent!
17 April 2011 - Published on Amazon.com
Format: Kindle EditionVerified Purchase
I have been a Pratchett fan for some time now but have generally stuck to the discworld novels. I have seen the book 'Only you can save mankind' a few times but never bothered with it. A few days ago, having run out of discworld novels not read but being in a Pratchett mood, I bought 'Only you can save mankind'. Absolutely delightfull! Couldn't put it down! So as I finnished it I saw it was part of a trilogy and went looking for the other two. I saw this compilation of them and despite the lone review saying the guy couldn't get over the editing errors, I bought it anyway. There are no more painfull errors in the other two parts and frankly there are not as many of them in the first part as to merit not being read! Brilliant stuff and each book stands alone well even if you had not read the others. Definitely worth the read :)
Read more
5 people found this helpful

Kelly B
5.0 out of 5 stars .
5 November 2019 - Published on Amazon.com
Verified Purchase
Just as described, thank you!
Read more

Amazon Customer
3.0 out of 5 stars A decent read, but not Pratchett at his best
10 October 2011 - Published on Amazon.com
Format: Kindle EditionVerified Purchase
The Johnny Maxwell books were clearly written with younger readers in mind, and unlike some of Pratchett's other books for younger readers, there aren't that many inside jokes for adults. In general, the books go a little lighter on the trademarked Pratchett humor than most of the others. As usual, Pratchett weaves interesting if not overly complicated stories, but the attempt at making believable, real world characters fell a little flat in my eyes. Maybe I'm too old. Still, it's Pratchett so you know it's going to be a decent read, and if you're, say, 12 to 15 years old, even better.

About spelling problems, there are no more errors than in most ebooks. The other reviewer seems to be referring to a segment early in the first book where Johnny, who is 12, is typing and writing things like can@t.
Read more
2 people found this helpful
Go to Amazon.com to see all 19 reviews 4.5 out of 5 stars
Get FREE delivery with Amazon Prime
Prime members enjoy FREE Delivery and exclusive access to movies, TV shows, music, Kindle e-books, Twitch Prime, and more.
> Get Started
Back to top
Get to Know Us
Make Money with Us
Let Us Help You
And don't forget:
© 1996-2020, Amazon.com, Inc. or its affiliates