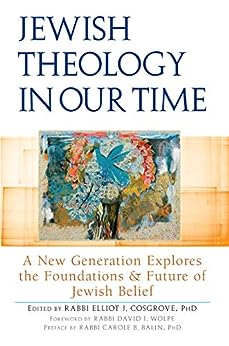 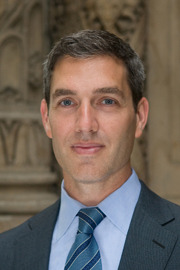 Jewish Theology in Our Time: A New Generation Explores the Foundations and Future of Jewish Belief 1st Edition, Kindle Edition

Demonstrates that there is not only a future to the Jewish theological enterprise in America but an exciting, fully realized, and challenging future. Abraham Joshua Heschel and Mordecai Kaplan would be thrilled. This book belongs on the shelf of every serious student of Jewish thought. Rabbi Neil Gillman, PhD, Aaron Rabinowitz and Simon H. Rifkind Emeritus Professor of Jewish Philosophy, The Jewish Theological Seminary; author, Doing Jewish Theology: God, Torah and Israel in Modern Judaism Intellectually and spiritually exhilarating. Indeed, it augurs well for the future of American Judaism. Paul Mendes-Flohr, PhD, professor of Jewish thought, University of Chicago Divinity School; professor emeritus, Hebrew University of Jerusalem The Jewish conversation about God has continued for thousands of years. The wonderful collection of new voices represented in [this book] enriches not only the conversation but also the reader who will discover how rich, varied, and meaningful that conversation can be. Rabbi Laura Geller, senior rabbi, Temple Emanuel of Beverly Hill --. --This text refers to an alternate kindle_edition edition.

Rabbi Elliot J. Cosgrove, PhD, is rabbi at Park Avenue Synagogue in Manhattan. He received his doctorate in the history of Judaism from the University of Chicago Divinity School.

Rabbi David J. Wolpe is rabbi of Sinai Temple in Los Angeles, and author of Why Faith Matters, among other books.

Rabbi Carole B. Balin, PhD, is professor of Jewish history at Hebrew Union College Jewish Institute of Religion. --This text refers to an alternate kindle_edition edition.

4.8 out of 5 stars
4.8 out of 5
20 global ratings
How are ratings calculated?
To calculate the overall star rating and percentage breakdown by star, we don’t use a simple average. Instead, our system considers things like how recent a review is and if the reviewer bought the item on Amazon. It also analyses reviews to verify trustworthiness.

Leonid Finis
5.0 out of 5 stars Excellent book on contemporary Jewish theological perspectives for an intelligent reader.
Reviewed in Canada on 3 March 2015
Verified Purchase
Being an anthology, the book is not constrained by single rigid doctrine or dogma, or even by the need for consistency. Authors contributing to this volume come from very different backgrounds and espouse very different perspectives on Judaism. I found it very appealing it to me personally that many of the contributors clearly came from academic background, and approached difficult questions from a rational perspective. Of course there are no magic ideas or solutions, but it was very encouraging to learn how intelligent people deeply immersed in religion struggle to find answers to some of the most difficult problems in modern Judaism.
I would highly recommend this book to anyone trying to find place of Judaism in modern Western life.

Walter Ziffer
4.0 out of 5 stars Educational and exhillarating
Reviewed in the United States on 2 December 2010
Verified Purchase
Book review of JEWISH THEOLOGY IN OUR TIME: A new Generation Explores the Foundations and Future of Jewish Belief. by Dr. Walter Ziffer. ("Religious Skeptic")

There is no unbiased book review and this one is no exception to the rule. Although most reviewers' goal is objectivity, being human means being subjective by nature.
"Jewish Theology In Our Time," edited by Rabbi Elliot J. Cosgrove is a timely and overdue book whose publication I applaud. As a collection of theological essays by rabbi/scholars, I was pleasantly surprised by their honesty and courage. Although in some cases no fresh ground is plowed, the majority of the contributions is meaningful and varied.
Before I select a few excerpts from these essays for further discussion let me join the editor in his disappointment that so few orthodox rabbis accepted his invitation to make a contribution to the volume. This regrettable lacuna results in the fact that most of the writers hail more or less from the left side of the Jewish theological spectrum.
What are some of the theological views expressed in the anthology? The one that stands out and was especially interesting and surprising to me was several rabbis' treatment of halakhah. No longer is halakhah seen here as essentially Jewish law to be rigorously followed. In the words of Rabbi Eliyahu Stern (p.151), "Instead of encountering halakhah as a form of coercive state law, we ought to see it as a commandment or perhaps, more accurately, as a something that "compels" us to take seriously our surrounding, our relationships, and the moral implications of our actions." This definition, in my opinion, is simply equivalent to ethics. Somewhat similar approaches to halakhah are advocated by a few other contributors.
On the reality of God, Rabbi Daniel M. Bronstein (p.179), has this to say: "To believe in the God of our forefathers and mothers is not to believe God exists, but rather to believe in God like I believe in feminism or in Judaism as ways to perceive and ameliorate our social environment, which of course, always changes." Rabbi Marc B. Shapiro (p.118), on the other hand, writes, "The creation and sustenance of the State of Israel, against such great odds, is one of the most tangible signs of the existence of God and God's covenant with Jewry." Now, how the existence of a modern state for a short period of sixty-two years, albeit under difficult circumstances, constitutes a sign of God's existence is, with all respect to the author, somewhat of a mystery to me.
As Jewish theologian and Holocaust survivor, I am puzzled by the contributors' almost complete ignoring of the Shoah. The same Marc Shapiro (p.116), referring to Maimonides' view that the world basically functions according to nature's laws and that humans are autonomous in their acts, something he calls "naturalistic perspective," and its corollary insight that "religion no longer focuses on what God does for me," comments, "... theodicy, among other things, is no longer the burning problem it usually is for believers." I find this approach a rather cavalier dismissal of a major God-related ethical problem that has been plaguing Jewish (and Christian) theology for many centuries.
Rabbi William Pleven (p.96) in commenting Exodus 3:14, "I will be what I will be," God's divine name revealed to Moses at Sinai, quotes medieval great Torah and Talmud commentator Rashi. " 'God will be' means, God will be with God's creatures in all times and places." Pleven then continues, "God's promise to Moses, as to our ancestors before and to every Jew since, is that God is available to us when we cry out, in all our pain and degradation, and that God will be with us as we fight for justice, show loving-kindness to others, and move toward the light of redemption." A sober look at Jewish, as well as general history over the centuries sadly suggests that this promise has not been fulfilled, at least not in this world. I leave the resulting problem to the reader to cogitate over.
The above have been merely a few snippets from what the editor of the book, calls theological "snapshots" of the contributors' theological thought. Let me conclude by saying that this is a valuable book for Jews and non-Jews. It lends itself ideally to group discussion in both synagogue and church. It gives the reader insight into some new theological paths leading into the future of Jewish belief, just as the sub-title of the book suggests.This is, indeed, very worthwhile reading.

Critical Reader
3.0 out of 5 stars You’d have to have a specific purpose in mind to make this book worth your time
Reviewed in the United States on 22 January 2017
Verified Purchase
This is a collection of unrelated chapters by about 23 authors, supposedly having to do with Jewish theology. Most of the authors/chapters are uninteresting, but 5 seemed noteworthy. Asher Lopatin, Chicago, Orthodox, emphasized the need for sensitivity to patrilineal teenagers and not to tell them they were never Jewish; Reform Rachel Beit-Halachmi repeats a chasidic story emphasizing that you can’t really learn to be close to God by watching, you have to do it yourself, like bike riding; Marc Shapiro offers a pragmatic approach to evaluating other theologies: does it (do they) make good people? (He doesn’t define a good person, which makes this somewhat circular, but we know what he means.) Eliyahu Stern, ordination from Yeshiva U, makes the sad observation: most Jews of this generation are neither accepting nor rebelling against halacha – they don’t even know what it is. “For most Jews of this generation, the roots of their tradition have finished rotting.” Halacha, he says, is not law, it is a telos. Daniel Bronstein (JTS) offers insight regarding philosophical questioning: in a joke, the rabbi responds to his student’s repeated philosophical questions by saying, “Ah, shut up and daven mincha.” IF, and only if, the rabbi is willing and able to provide real answers at an appropriate time, this is okay. Otherwise it is abusive. But Bronstein concludes that “More often than not, it is more important to be doing than talking.” Overall, you’d have to have a specific purpose in mind to make this book worth your time.
Read more
One person found this helpful
Report abuse

Michael Brochstein
5.0 out of 5 stars Thought Provoking & Worthwhile
Reviewed in the United States on 26 September 2010
Verified Purchase
I did not agree with all of the points of view expressed in all of the essays in this anthology (I probably only agreed with a minority). In fact, that would almost be impossible given the differences between them. What they all had in common, and what makes this book worthwhile, is that they are all thought provoking (and educational at times). This is also a highly readable book that does not assume advanced knowledge in this area.

FWIW, If you are looking for a first book on Jewish theology then this may not be your best choice. For that I recommend some of the books by Neil Gillman such as "Sacred Fragments: Recovering Theology for the Modern Jew".
Read more
One person found this helpful
Report abuse

Bruce Wolf
5.0 out of 5 stars Jewish Theology- a must read for all contemporary Jews
Reviewed in the United States on 3 May 2013
Verified Purchase
This book is a collection of essays on the current state of Judaism and how to approach the future in a realistic way. Judaism is at a crossroad and must evolve in a realistic way in the future. The essays are very thought provoking. Excellent book!
Read more
One person found this helpful
Report abuse
See all reviews
Back to top
Get to Know Us
Make Money with Us
Let Us Help You
And don't forget:
© 1996-2021, Amazon.com, Inc. or its affiliates