Skip to main content
Jewel Sea and over 1.5 million other books are available for Amazon Kindle . Learn more
Share <Embed> 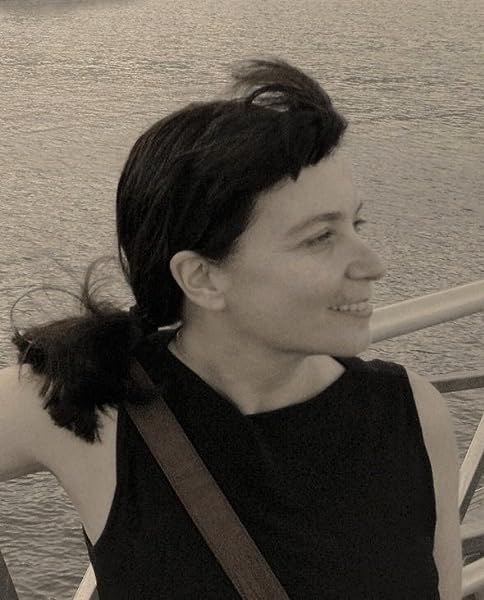 Start reading Jewel Sea on your Kindle in under a minute.

Kim Kelly is the author of seven novels exploring Australia and its history, including the acclaimed Wild Chicory, The Blue Mile, and UK Pigeonhole favourite, Paper Daisies. Her stories shine a bright light on some forgotten corners of the past and tell the tales of ordinary people living through extraordinary times. With warmth and lyrical charm, Kim leads her readers into difficult terrain, exploring themes of bigotry, class conflict, disadvantage and violence in our shared history - issues that resonate through the social and political landscape of Australia and the world today. A widely respected book editor and literary consultant by trade, stories fill her everyday - most nights, too - and it's love that fuels her intellectual engine. Love between lovers, friends, strangers; love of country; love of story. In fact, she takes love so seriously she once donated a kidney to her husband to prove it, and also to save his life. Originally from Sydney, today Kim lives on a small rural property in central New South Wales just outside the tiny gold-rush village of Millthorpe, where the ghosts are mostly friendly and her grown sons regularly come home to graze.

Suze Lavender
TOP 100 REVIEWER
5.0 out of 5 stars Beautiful
Reviewed in Australia on 19 September 2016
It's the second decennium of the twentieth century and on board of the steamship SS Koombana there are several people with big secrets. Irene likes to write so much that she does it professionally and she loves the company of men. She's hiding both of these things from most of the people in her life. When she meets James at the ship he immediately catches her attention. However, is James who he says he is and what is he doing on the luxury ship?

A large pearl is being found and those on board who find out about its existence want to have it. Just one boy knows about its curse. The pearl can do a lot of damage, it wants to destroy, especially those who can't hear its call. One of the people who want to benefit from it is the rich dealer Abraham, who immediately recognizes the pearl's monetary value and sees it as a chance to make a huge profit. The pearl has one wish though and that is to be returned to the sea, but is there anyone who will listen to its pleas?

Jewel Sea is an intriguing story about a ship and its passengers and a pearl that can harm people. I loved these two aspects of the story. The pearl is supposed to be invaluable, but it doesn't want to be possessed. It was interesting to see the journey of this precious product of the sea. I was enchanted by the magic, which I absolutely loved. Kim Kelly gives the pearl a personality and therefore it becomes a main character in her story. It's a wonderful creative idea and it works very well.

There are quite a few characters, because a boat is filled with people, and they all have a story, big or small, but always important. This is something I found incredibly beautiful. Kim Kelly has chosen to narrate her story from several different points of view and the voices are all distinct and equally compelling. I especially loved Irene. She's a strong woman who isn't afraid to do what she wants. She doesn't mind chasing after something. I admired her confidence and her certainty of what she wanted to do with her life. I was curious from the start to find out what would happen to her and what influence the journey on the SS Koombana would have on the rest of her life. Kim Kelly kept surprising me and I really enjoyed that.

Jewel Sea is a gem of a book. Kim Kelly knows how to write a good story. She mixes historical facts with fantastic fiction and I like that a lot. Her writing style is both captivating and charming. I've read several of her books and am spellbound and amazed by what she writes. I loved Jewel Sea, it's another fantastic story by Kim Kelly that has a great unexpected ending.
Read more
2 people found this helpful
Helpful
Report abuse
See all reviews

luscious
4.0 out of 5 stars worth reading. different but very good.
Reviewed in the United States on 23 December 2016
Verified Purchase
A very interesting way of storytelling as told by the three subjects in the book. I really did enjoy it as it was so different from the everyday novels.
Read more
Report abuse
See all reviews
Back to top
Get to Know Us
Make Money with Us
Let Us Help You
And don't forget:
© 1996-2021, Amazon.com, Inc. or its affiliates