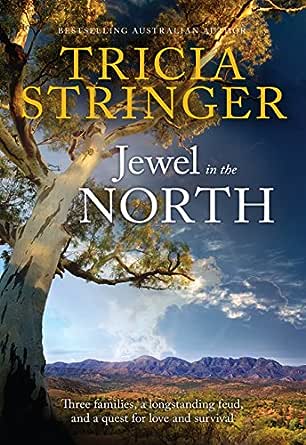 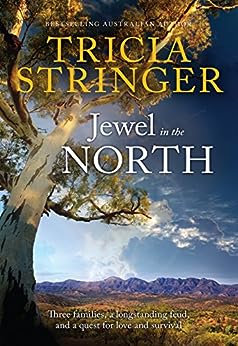 After Tricia Stringer's fortieth birthday party she still had two things left on her 'to do before forty' list - write a children's novel and parachute from a plane. She gave up on the parachuting idea but not the writing and has since published three books for children and three for adults. She gave up on the parachuting idea but not the writing and has since published several books for children. Her latest book, Right as Rain, is her fifth rural romance. Queen of the Road was her first book with Harlequin and she is very excited that it went on to win the RWA Romantic Book of the Year for 2013 as well as be one of the 50 Books You Can't Put Down in the 2013 Get Reading campaign.A country girl through-and-through, Tricia grew up on a farm on South Australia's, Eyre Peninsula. With a brief stint in the city for secondary education and teacher training she has always lived in rural communities and is currently not too far from the beach in the Copper Coast region of South Australia. Here she shares a rambling old farmhouse with her husband and assorted animals - only some of which are pets! Some people would think that being an IT coordinator, teacher, librarian, wife, mother and grandmother would be enough to fill your days - yet somehow Tricia still finds the time to write. Inspired to create local history stories for the children she taught, Tricia honed her writing skills via courses, classes and lots of practice. While awaiting the publication of those early children's books she began dabbling with an adult short story for a writing competition with a rural theme. The short story became a full length novel and went on to become the first of her rural romances. Tricia likes to create convincing characters in realistic situations. Her novels always have a rural setting and explore themes particular to Australian country life, which of course include romance - where would we be without a little romance in our lives! She is currently working on her next rural romanc --This text refers to the paperback edition.

Amazon Customer
5.0 out of 5 stars A READING JEWEL
Reviewed in Australia on 10 December 2017
Verified Purchase
The story unfolds as each character is introduced, feuds fuelled by bullying and greed, love & mixed marriages, so much part of the early years in Australia, this story is indeed a jewel, read slowly, the reader becomes part of the story immersed in the period fabric of time. Fiction it may be but reads like a true Australian family history, riveting the reader to explore further, until the fitting finale. Anyone who has / does live in rural Australia will see themselves, in at least one of the characters. Fabulous reading.
Read more
One person found this helpful
Helpful
Comment Report abuse

Kindle Customer
5.0 out of 5 stars Wonderfully written and so true to the our Australian heritage , I would recommend this book for reading at schools through out Australia for o
Reviewed in Australia on 25 October 2017
Verified Purchase
our children try and understand,what is was like here in our country,as early settlements out side of the city's, that created our great country.
Read more
Helpful
Comment Report abuse

Julylet
5.0 out of 5 stars Another ripper
Reviewed in Australia on 20 October 2017
Verified Purchase
What a fantastic follow up to Dust on the Horizon.....a ripper of a tale from days gone by, sorry to say goodbye to the lovable Baker clan
Read more
Helpful
Comment Report abuse

Kindle Customer
5.0 out of 5 stars Jewel in The North
Reviewed in Australia on 25 August 2018
Verified Purchase
The writer used many historical facts and intertwined it into a wonderful relaxing Historical fiction book. Loved the book! The series was a good read.
Read more
Helpful
Comment Report abuse

Lorraine Kirkwood
5.0 out of 5 stars Great read
Reviewed in Australia on 13 June 2017
Verified Purchase
Really enjoyed this book, Patricia Scanlan did not disappoint,
After travelling through the Hawker area, it would have been very much the way the earlier settlers lived.

Amazon Customer
5.0 out of 5 stars Five Stars
Reviewed in Australia on 14 February 2018
Verified Purchase
I really enjoyed this book and think the Author is good
Read more
Helpful
Comment Report abuse
See all reviews from Australia

karen white
5.0 out of 5 stars A Darn Good Read
Reviewed in the United States on 7 August 2017
Verified Purchase
A great yarn, well told, characters that leap of the page. Would like to read more about the characters. There is a good flow to this book very easy to lose track of time.
Read more
Helpful
Sending feedback...
Thank you for your feedback.
Sorry, we failed to record your vote. Please try again
Report abuse

M Thomas
5.0 out of 5 stars A good book I enjoyed reading , Ifound the historical infromatation intersting and a good read. Wish the writer well in her next book and I hope that we all enjoyed this book as much as we have this one .
Reviewed in the United States on 13 August 2017
Verified Purchase
You have got all that I have got to say about this book you cant force people to write en
Read more
Helpful
Sending feedback...
Thank you for your feedback.
Sorry, we failed to record your vote. Please try again
Report abuse