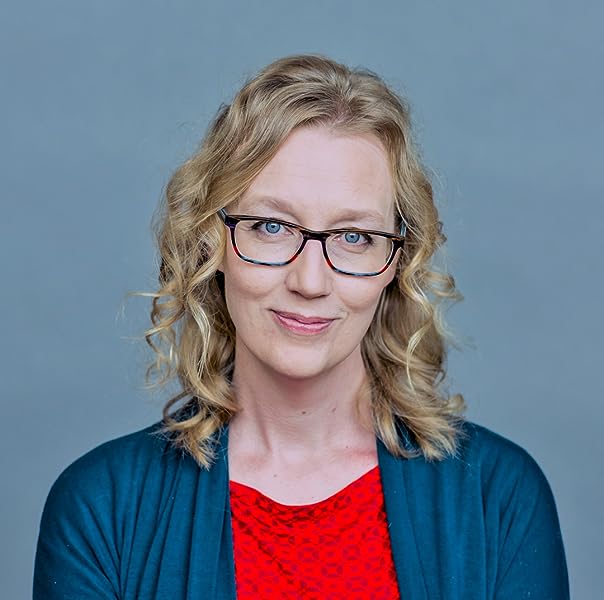 by Kristin Kobes Du Mez (Author)
4.7 out of 5 stars 1,162 ratings
See all formats and editions
Sorry, there was a problem loading this page. Try again.

Page 1 of 1 Start overPage 1 of 1
Previous page
Next page
Start reading Jesus and John Wayne on your Kindle in under a minute.

[Du Mez's] astonishing gifting was in the way she took 1000 puzzle pieces and fit them together. I don't swallow books whole but the evidence for much of what she's written is staring us in the face.--Beth Moore, on Twitter

"Jesus and John Wayne is a tour-de-force indictment of the white evangelical cult of masculinity."
--Michael Rea, Salon

"I hear people say all the time that Trump's election was a tragedy for evangelicals, but after reading [this] book, I wonder if it isn't their greatest victory."
--Sean Illing, Vox

"Brilliant and engaging . . . Across chapters ranging from 'John Wayne Will Save Your Ass' to 'Holy Balls, ' Du Mez peppers her text with entertaining (and sometimes horrifying) examples."
--Matthew Avery Sutton, The New Republic

"It is impossible to do justice to the richness of Jesus and John Wayne in a short review, but one of the key points the book stresses is that as Christian nationalists, the vast majority of white evangelicals believe that our country's flourishing depends on aggressive male leadership. The pervasive abusive patterns of white evangelical subculture replicate themselves on a large social scale in the Christian Right's politics. Since understanding this will be crucial if Americans are to have a functional democratic future, Jesus and John Wayne is a book that America needs now."
--Chrissy Stroop, Boston Globe

"A much needed and painstakingly accurate chronicle of exactly 'where many evangelicals are, ' and the long road that got them there."
--Tom Cox, Pittsburgh Post-Gazette

"[A] book that's ignited an enormous amount of argument and debate across the length and breadth of the Christian intelligentsia . . . Du Mez meticulously documents how--time and again--Christian institutions have indulged and often valorized aggressive hyper-masculine male leaders who proved to be corrupt, exploitive, and abusive. They weren't protectors. They were predators."
--David French, The Dispatch

"[An] absolute must-read, a stunning work, and one that deserves serious attention and further conversation."
--Joel Wentz, Englewood Review of Books

"Jesus and John Wayne should be required reading for those who live and move and have our being within American evangelical denominations and churches."
--Sean Michael Lucas, Mere Orthodoxy

"Jesus and John Wayne is history as confession, history as lament, a type of history that hopes in a God who never puts us to shame, even as hope in America does."
--Aarik Danielsen, Christ & Pop Culture

"Du Mez makes it clear that she's not criticizing from the ivory tower or explicitly from the left. A history professor at a prominent Christian college, the author of A New Gospel for Women, and a contributor to Christianity Today, she's in an ideal position to expose the hypocrisy, crudeness, and chauvinism of the religious right."
--Matt Hanson, The Baffler

"[A] fascinating and fervent book . . . a provocative, but insightful and detailed look at the culture and impact of evangelical Christianity today, where The Duke and The Messiah are riding saddle-by-saddle toward some sort of glory.
--Bob Ruggiero, Houston Press

"In her smart, deftly argued book, historian Du Mez delves into white evangelicals' militantly patriarchal expressions of faith and their unwavering support for libertine President Donald Trump. Du Mez, a professor at Calvin University, clearly explicates the way the "evangelical cult of masculinity" has played out over decades."
--The National Book Review

Kristin Kobes Du Mez is a professor of history at Calvin University and the author of A New Gospel for Women. She has written for the Washington Post, Christianity Today, Christian Century, and Religion & Politics, among other publications. She lives in Grand Rapids, Michigan.

4.7 out of 5 stars
4.7 out of 5
1,162 global ratings
How are ratings calculated?
To calculate the overall star rating and percentage breakdown by star, we don’t use a simple average. Instead, our system considers things like how recent a review is and if the reviewer bought the item on Amazon. It also analyses reviews to verify trustworthiness.

Graeme R Addicott
5.0 out of 5 stars Tribal Toxicity
Reviewed in Australia on 16 August 2020
Verified Purchase
An analysis of the tribal influence of toxic masculinity on the white evangelical churches of the USA. In their pursuit of earthly power, they have departed from the teachings of Jesus Christ, and adopted the model of John Wayne - the cowboy - as their ideal for family and national leadership. Well known leaders and Christian publishers have sold out on the Gospel. Upsetting to read.
Read more
One person found this helpful
Helpful
Report abuse

Steve P
TOP 500 REVIEWER
5.0 out of 5 stars A fascinating book!
Reviewed in Australia on 20 November 2020
Verified Purchase
This is a fascinating book!! The Kristin Kobes Du Mez, an historian, explores the love that conservative Evangelicals in the United States have had, and still do have, for a certain type of masculinity epitomised by John Wayne. This obsession with this version of masculinity has influenced conservative Evangelicals' approaches to parenting, marriage, politics -- and the election of Donald J Trump as President of the United States. This is an engrossing story. Du Mez writes superbly and I was gripped by the story she unfolds. It explains so much of what we see in US politics -- especially why someone as immoral (or amoral) as Trump can be embraced by religious people who usually go on about morality and the failing morals of society. I can't recommend this book highly enough for anyone interested in US politics, religion, or ethics. It's a stunning analysis told in a captivating style. Wonderful and enlightening.
Read more
Helpful
Report abuse
See all reviews

Michael K
5.0 out of 5 stars Important and informative
Reviewed in the United States on 24 June 2020
Verified Purchase
This book resonated with me. I am a child of the 90s. I was raised an Evangelical. I shopped at stores like Crossroads, went to Sonshine Music Festival every summer, and was chastised by my parents for not listening to Christian music. I attended a Promise Keepers rally in Minneapolis in ‘95 with my Dad. George W. Bush was the Christian president demonstrating Evangelical Christianity’s ascendency. I was raised to believe that men were protectors and women helpers. I was taken aback by the Evangelical response to President Obama. Here was an avowed Christian who was excoriated by white Evangelicals, a family man who represented the masculinity that I was raised in except in one way, his skin tone. Then the overwhelming support of the philandering, twice-divorced, race-baiting, nefarious charlatan Donald Trump. This was a man who in no way my parents would have supported in 2000, but both voted for him. I didn’t get it. This book has really helped clarify this dissonance. Patriarchy and white supremacy are foundational to Evangelical Christianity. It’s a timely read, but also one that will have reverberations for years to come. The way that Du Mez weaves the theological, historical, cultural, and political into a cohesive whole is engaging and compelling. The book is also accessible; one doesn’t need to have been steeped in the subject matter to understand it. Highly recommended.
Read more
420 people found this helpful
Report abuse

B. Murphy
1.0 out of 5 stars Very agenda driven
Reviewed in the United States on 12 July 2020
Verified Purchase
Even though she does make some good points on how Trump got elected, I feel she is very agenda driven and not very discriminating when she lumps many different people together under the one "problematic evangelical" banner. Also, she misrepresents many historical events to make her points. From this book it seems like she doesn’t know what the gospel is, what the Bible is all about, and what it means to be a biblical Christian. And I've been a Christian for 48 years and I have never heard anyone say John Wayne is a good example of a Christian man.
Read more
331 people found this helpful
Report abuse

I. J. Matthews
5.0 out of 5 stars Insightful, challenging, and thoroughly well researched
Reviewed in the United Kingdom on 10 March 2021
Verified Purchase
This is a really helpful insight into American white Evangelicalism. You understand why it is so different to that form of Christianity in the rest of the world, where the heritage of social action and personal piety are the hallmarks, rather than the culture wars and strong personalities in the US. The reliance on a particular style of male leadership both in the Church and the political realm is examined carefully to show how it has had a toxic effect on the American culture as a whole.
Read more
One person found this helpful
Report abuse

C. P. F. Flux
5.0 out of 5 stars A well researched insight into how the religious right led to Trump
Reviewed in the United Kingdom on 30 April 2021
Verified Purchase
Just read ‘Jesus & John Wayne’ & gotta say I’m impressed. It’s a well researched & well written account of the religious right in America & how ideas about gender laid the ground for Trumpism. I like how it’s nuanced & joins the dots. Really good!
Read more
One person found this helpful
Report abuse

Devin Hogg
5.0 out of 5 stars An excellent read with a much-needed historical perspective!
Reviewed in Canada on 28 June 2020
Verified Purchase
I've been waiting for this book for months and it did not disappoint. The author does an excellent job of reviewing several decades of American history, and the increasing emphasis on an aggressive and militant view of masculinity within the white evangelical population of the United States of America. The author highlights leaders within the the white evangelical population and trends of political fortune through the latter half of the 20th century and into the 21st. All of this culminates in the election of Donald Trump as President--and far from being out-of-left-field, the author makes a compelling case for Donald Trump being the epitome of the aggressive and militant masculinity the white evangelical population of the USA was clamouring for. This is a must-read book for any who are struggling to see how we got to this place and want a better future for all.
Read more
11 people found this helpful
Report abuse
See all reviews
Back to top
Get to Know Us
Make Money with Us
Let Us Help You
And don't forget:
© 1996-2021, Amazon.com, Inc. or its affiliates