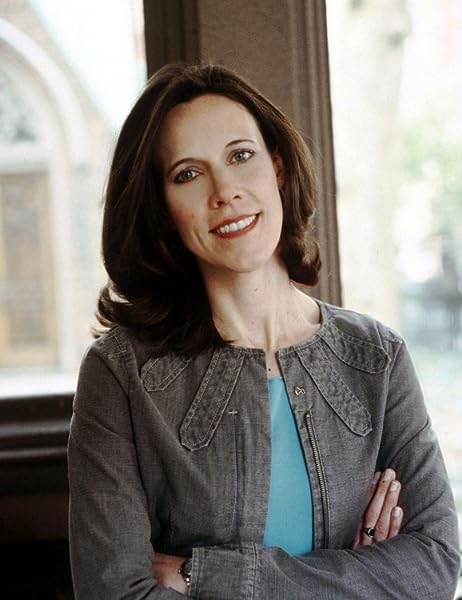 by Megan McCafferty (Author)
4.7 out of 5 stars 21 ratings
See all formats and editions
Sorry, there was a problem loading this page. Try again.

The original Jessica Darling novel, sloppy firsts (2001), was ALA Top 10 Quick Pick for Reluctant Readers, an ALA Popular Paperback, and a New York Public Library Book for the Teen Age. Its sequel, second helpings (2003) was also selected to the NYPL list, and was a Booklist Editor's Pick for one of the best novels of 2003. charmed thirds (2006) was an instant New York Times bestseller and a NYPL pick. fourth comings (2007) and perfect fifths (2009) also made the New York Times, USA Today, Publisher's Weekly, Booksense, Barnes and Noble, Borders and other national bestseller lists.

BUMPED and THUMPED were published in 2011-12 and described in Publisher's Weekly as "sharply funny and provocative...set in a world where only teens are able to have babies, and are contracted by adults to carry them to term." Megan also edited a short story anthology called SIXTEEN: Stories About That Sweet and Bitter Birthday (2004).

donut happiness
5.0 out of 5 stars Interesting and sweet
Reviewed in the United States on 30 December 2014
Verified Purchase
I loved this book. I cant wait for the next one to come out! This book was funny, full of drama, and kept me wanting to read more. I wish there was an infinity star rating!
Read more
One person found this helpful
Report abuse

Jakob DeWeerdt
2.0 out of 5 stars Disappointing
Reviewed in the United States on 28 August 2015
Verified Purchase
I loved the old Jessica Darling books. These prequels aren't the same. This one for instance did not remind me of the poetic license the author once had.
Read more

2.0 out of 5 stars Disappointing
Reviewed in the United States on 28 August 2015
I loved the old Jessica Darling books. These prequels aren't the same. This one for instance did not remind me of the poetic license the author once had.
Images in this review

SydsMom
5.0 out of 5 stars Five Stars
Reviewed in the United States on 4 December 2014
Verified Purchase
Awesome book
Read more
Report abuse
See all reviews
Back to top
Get to Know Us
Make Money with Us
Let Us Help You
And don't forget:
© 1996-2021, Amazon.com, Inc. or its affiliates