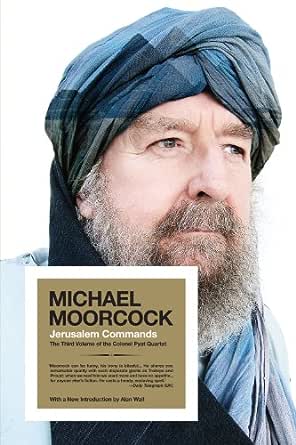 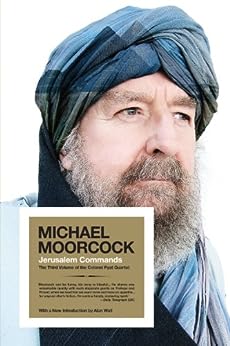 "Few novelists have risen above the orthodox categories of fiction to produce something as expansive and elaborate as this." --Peter Ackroyd, Sunday Times

"Moorcock shows us . . . that fascistic attitudes are not as far removed from some forms of popular fiction and fantasy as we might prefer to think." --Robert O'Brien, Time Out London

Back in print for the first time in 30 years, this epic and hilariously comic adventure follows the fictional Colonel Pyat through real historical settings as he fumbles and forces his way through life as an antihero everyman, leaving a trail of wreckage as he passes through some of the most chilling moments of the 20th century. This thrilling third installment of the Pyat quartet sees Pyat hitchhiking across the United States, acting in Hollywood, and avoiding perverts in Cairo. As Pyat schemes and fantasizes his way from cult success to sexual degradation, he pulls strength from his wild dreams and profligate inventions. Nazi, addict, and rebel, Pyat weaves a complicated tapestry of lies and deceit, wherein the reader discovers that this wild farce becomes a lens for focusing universal and uncomfortable truths about society and man.
See all Product description
click to open popover

Kevin M. Derby
3.0 out of 5 stars A Step Back for the "Colonel Pyat Quartet"
25 June 2013 - Published on Amazon.com
Michael Moorcock continues his dark look at the twentieth century in "Jerusalem Commands," the third volume of the "Colonel Pyat Quartet." This is easily the worst of the quartet so far and, despite being shorter than "The Laughter of Carthage," it seems a much longer book. Moorcock has Pyat go back and forth across America, become a minor Hollywood figure, make pornographic films in North Africa and end up as a slave in this volume. Pyat continues to be an unreliable narrator and a genuinely loathsome character--but he simply isn't as interesting in this work as he was in the first two volumes. Moorcock does offer interesting thoughts on how fascism could influence so many in the 1920s and early 1930s through Pyat and he does offer some understanding of the era. But the book seems strangely unfocused and, while certainly not a bad work, is the weakest volume in the series so far.
Read more
2 people found this helpful
Go to Amazon.com to see all 2 reviews 4.2 out of 5 stars
Get FREE delivery with Amazon Prime
Prime members enjoy FREE Delivery and exclusive access to movies, TV shows, music, Kindle e-books, Twitch Prime, and more.
> Get Started
Back to top
Get to Know Us
Make Money with Us
Let Us Help You
And don't forget:
© 1996-2020, Amazon.com, Inc. or its affiliates