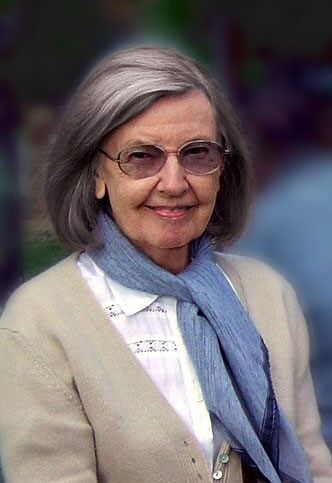 Jerome and His Women Paperback – 5 October 2015

by Joan B O'Hagan (Author), Professor Richard Johnson (Foreword)
3.9 out of 5 stars 6 ratings
See all formats and editions
Sorry, there was a problem loading this page. Try again.

'Offers incredible insight into the achievements of a much maligned yet very important figure ... and the women surrounding him.'

'That's the twin gift of ​Jerome and His Women​ it is an insight into extraordinary times and people, and into a talented researcher and writer.'

'O'Hagan gives her readers a fascinating look at the man behind that controversial masterpiece' (the Vulgate).

'A compelling vision ... of what Rome was like at a particular moment in its transition from capital of a pagan empire to the City of God.'

'O'Hagan pens a meticulously researched novel that vividly shines a light on a time that shaped Western society forevermore.'

'If you have a religious/theological interest and want to see real historical characters who are involved in those matters brought to life, this is your book.'

'(O'Hagan) ... makes this flawed genius more understandable as a human being ... and gives us the wonderful story of St Paula of Rome, patron saint of widows ... That story alone is enough to recommend this book.'

National Council of Priests of Australia

Joan O'Hagan (1926-2014) was an internationally published author of fiction. She grew up in Canberra and studied Classics at Victoria University of Wellington, New Zealand. After working in New Caledonia and England, she lived most of her life in Rome, Italy before returning to Australia in 1997. For further details, please see: https://www.joanohagan.com and https://blackquillpress.com/independent-publishing/jerome/
Start reading Jerome and His Women on your Kindle in under a minute.

Robert Challis
5.0 out of 5 stars Remarkable historical novel of remarkable times.
Reviewed in Australia on 24 February 2018
Verified Purchase
Set in the closing decades of the Roman Empire as the Christian Church established political supremacy and religious orthodoxy, this is a deeply human novel bringing to life with great depth and conviction its leading characters. At first sight, the central figure is Jerome as he battled his opponents and his inner demons while translating the Hebrew and Greek texts to produce the Vulgate Bible. However of at least equal importance are 'his women', a phrase perhaps ironically intended as Marcella, Paula and Blesilla set out to map out their own courses in life, struggling with belief, expectations, love and tragedy.
Read more
Helpful
Report abuse

Robertf
5.0 out of 5 stars The twin gift of Jerome and His Women
Reviewed in Australia on 12 July 2021
Joan O'Hagan's Jerome and His Women (2015) is set in Rome in 382 AD. The Roman Empire is facing internal and external threats to its power, and Christianity is replacing pagan gods and worship.

The Pontiff, Damasus I, commissions Jerome, a priest, theologian and scholar, to translate the Bible from Greek texts into a definitive Latin version. Jerome has the Pontiff’s favour but is unpopular with other Church hierarchy and Roman aristocracy for his criticism of their wealth and wanton ways.

Jerome’s women are a circle of educated widows and their daughters who reject Roman luxuries for lives of piety and poverty. Principal among them is Paula, with whom Jerome forms a close spiritual and intellectual bond. She assists with his translation of the Bible, shares the dream of monastic life in the desert, and funds their eventual escape from persecution to the Holy Land.

The twin gift of Jerome and His Women is that it is a tale of extraordinary times and people, brought to life by a skilled researcher and writer, Joan O'Hagan.
Read more
Helpful
Report abuse

Wendy J. Dunn, author of Dear Heart, How Like You This?, The Light in the Labyrinth, Falling Pomegranate Seeds: The Duty of Daughters and Falling Pomegranate Seeds: All Manner of Things.
5.0 out of 5 stars The best kind of historical fiction.
Reviewed in Australia on 9 July 2021
The first three hundred years or so of the early Christian church marked a time when women were powerful and vital players in its establishment. Jerome and his Women shape a novel that illuminates some of the Roman women who nurtured the Christian church in its infancy.

In one important sense, this novel would have been better entitled Jerome's Women. While Saint Jerome, an early father of the church and a protégé of Pope Damasus I, gives the story purpose, it is the Roman women in this story who stand out and gives the story its true heart and substance.

The most important of these women is the complex and intelligent Paula. A Roman aristocratic and wealthy widow, Paula pours her energy and spiritual passion into assisting him to complete his commission to translate the Bible into Latin.

Paula’s daughter Blessilla is also a powerful figure in this work. Blessilla acts as a metaphor for Rome of this period. At the start of the story, she belongs more to the old ways of Rome than to the new. By the end of the story, she symbolises the final separation of the old Roman world from Christianity.

The past is another country; they do things differently there,” (Hartley and Brookes-Davies 1997: p.5). The best works of historical fiction always remember this. They are works which open the door to the past, invite us in, and keep us there by immersing us in a time long gone. Jerome and his Women easily falls into the category of the best kind of historical fiction. O’Hagan pens a meticulously researched novel that vividly shines a light on a time that shaped Western society forevermore.

Jennifer
TOP 10 REVIEWER
4.0 out of 5 stars ‘Our Jerome is a moralist, the most eloquent of moralists.’
Reviewed in Australia on 30 January 2017
Who was Jerome? Saint Jerome was born Eusebius Sophronius Hieronymus about 347 BCE in Stridon, Dalmatia (in what is now known as Croatia) and died in 420 CE in Bethlehem. Jerome was commissioned by Bishop Damasus I of Rome to undertake a new and definitive Latin translation of the Bible from Greek by 390 CE. The focus of this novel is on Jerome’s relationships with the Christian community in Rome, specifically his patron Paula and a number of other Roman women.

The setting of this novel, the fourth century CE, was a time of upheaval for the Roman Empire. In addition to a series of internal riots and external threats, the spread of Christianity with the worship of a monotheistic God was replacing pagan beliefs and gods. In Rome, Jerome was surrounded by ‘his women’: a circle of well-born and well-educated women. These women included the patrician widows Lea, Marcella and Paula, together with their daughters Blaesilla and Eustochium. By concentrating on these women and Jerome’s dealings with them, Ms O’Hagan paints a picture of a complicated man: at times introspective and at other times argumentative. Jerome was critical of the secular clergy of Rome and, shortly after the death of Damasus I, he was forced to leave his position. It was alleged that he had an improper relationship with the widow Paula. Eventually he and Paula travelled to the Holy Land where they built two monasteries and a hospice.

I found this novel fascinating, partly because I know so little about this particular aspect of Christian history. Ms O’Hagan brings to life Jerome’s women, with her descriptions of how they chose to turn their back on luxurious Roman life, instead selling off their property and possessions to donate to the poor and to the Church. These women then chose, with varying degrees of success, to live celibate lives of prayer in poverty.

Ms O’Hagan started work on this novel in the 1990s, and completed it shortly before her death in 2014. I think it is a tribute to her writing skills that the research she undertook to write this novel never weighs the narrative down.

I am always on the lookout for books by Australian women, and when Joan O’Hagan’s name was mentioned, I added her to my list. Now I’ve read ‘Jerome and His Women’, I’ll be looking for her other novels.

Charles Matson Odahl
4.0 out of 5 stars Fun Read in Jerome and His Women
Reviewed in the United States on 6 February 2017
Verified Purchase
Jerome and His Women provides a detailed look into the life of Jerome in the early 380s when he was serving as a secretary and translator to Pope Damasus in Rome, and his success in gathering around him a group of aristocratic ladies headed by Paula and her daughters into a cult of the "higher life"of Christian virginity. It bring to life this key period of Jerome's life and career with glances back to his classical education, eremitical trials in the desert, and time in Constantinople, and ends with an epilogue on how he left Rome and went to Bethlehem with Paula. It is based upon real history and Jerome's writings, but filled with fictional dialogue with his friends while he was in Rome. It is a good read for devotees of early Christianity and Late Antiquity.

Dr. Charles M. Odahl
Read more
Report abuse
See all reviews
Back to top
Get to Know Us
Make Money with Us
Let Us Help You
And don't forget:
© 1996-2021, Amazon.com, Inc. or its affiliates