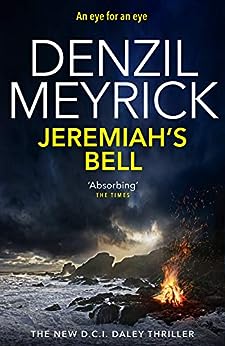 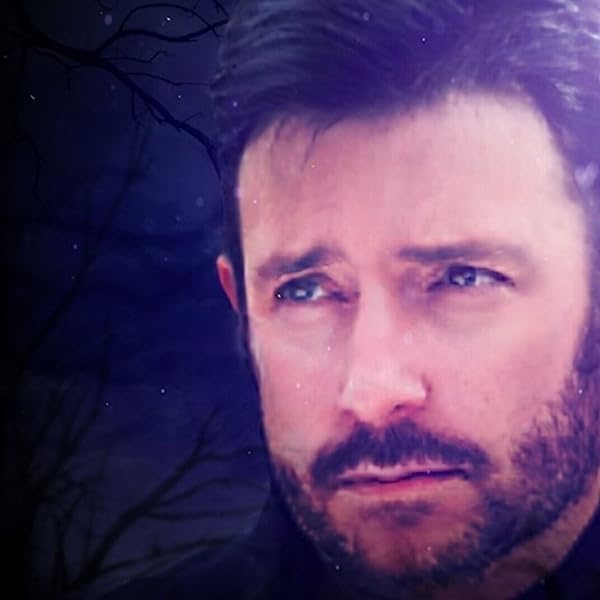 Jeremiah's Bell: A DCI Daley Thriller (Book 8) - The new thriller from the No.1 bestseller Kindle Edition

by Denzil Meyrick (Author) Format: Kindle Edition
See all formats and editions
Sorry, there was a problem loading this page. Try again.

'You'll have a blast with these' - Ian Rankin

Teenager Alison Doig disappeared from Kinloch over thirty years ago under mysterious circumstances. Her reclusive family still live in a remote part of the Kintyre peninsula, amidst rumours of wrecking, smuggling and barbaric cruelty.

Now rich American hotelier Alice Wenger has arrived in town, determined to punish those who made her suffer in the past. But someone has vowed to keep hidden sins concealed for ever.

Daley's team must race against time to expose long-held secrets and shameful lies before there are any more victims.

‘You’ll have a blast with these.’ -- Ian Rankin --This text refers to the audioCD edition.

The new thriller from the No.1 bestseller Denzil Meyrick! --This text refers to the audioCD edition.

Denzil Meyrick was educated in Argyll, then after studying politics, joined Strathclyde Police, serving in Glasgow. After being injured and developing back problems, he entered the business world, and has operated in many diverse roles, including director of a large engineering company and distillery manager, as well as owning a number of his own companies, such as a public bar and sales and marketing company. D. A. Meyrick has also worked as a freelance journalist in both print and on radio.

David was born in Glasgow, Scotland in 1965. He trained as an actor at Webber-Douglas in London and has been an actor and voiceover artist for 25 years. He has broad voiceover experience, from television and radio advertising, language tapes, phone and message services, film and television dubbing and character animation through to commentary and audiobook narration. He has also produced and co-presented a weekly request show on Stoke Mandeville Hospital Radio.

Audible is a seller and producer of spoken audio entertainment, information, and educational programming on the Internet. --This text refers to the audioCD edition.
Read more

Denzil Meyrick was born in Glasgow and brought up in Campbeltown. After studying politics, he pursued a varied career including time spent as a police officer, freelance journalist, and director of several companies.

An anthology of short stories, One Last Dram was published in late 2017.

The Daley series to date have all been number one bestselling UK audiobooks on Audible. DCI Daley #6 The Relentless Tide and #7 A Breath on Dying Embers one of the Scotsman newspaper's books of 2018 and 2019. A Breath On Dying Embers was longlisted for the 2019 McIlvanney Prize.

Jeremiah's Bell, number 8 in the million selling series is up to pre-order now!!

4.6 out of 5 stars
4.6 out of 5
970 global ratings
How are ratings calculated?
To calculate the overall star rating and percentage breakdown by star, we don’t use a simple average. Instead, our system considers things like how recent a review is and if the reviewer bought the item on Amazon. It also analyses reviews to verify trustworthiness.

Dennis Tulk
5.0 out of 5 stars Best book ever
Reviewed in Australia on 8 August 2020
Verified Purchase
Really thought this book was the best one of the series.
Really hope book nine is not far away, loved this complete series and looking what to read to take over from Jim and Scott.
Read more
Helpful
Report abuse

Cupcake
5.0 out of 5 stars atmospheric
Reviewed in Australia on 11 September 2020
Verified Purchase
Really enjoying DCI Daley & team. The landscape draws you in along with the characters. Another good read
Read more
Helpful
Report abuse

Maureen
5.0 out of 5 stars Wonderful book
Reviewed in Australia on 7 June 2020
Verified Purchase
Absolutely loved Jeremiah's Bell, the latest in the DCI Daley series. The characters are just wonderful. I love Brian. What a darling who makes me laugh so much. He and James work so well together. Highly recommended.
Read more
One person found this helpful
Helpful
Report abuse
See all reviews

Lorraine MacPhail
5.0 out of 5 stars Another great read from the DCI Daley series by Denzil Meyrick.
Reviewed in the United Kingdom on 12 June 2020
Verified Purchase
Once again we travel through the town and villages of Kinloch with the latest, perhaps my new favourite, thrilling instalment of Denzil Meyrick's DCI Daley's stories. The humour is there with some laugh out loud moments, the continuity of the tales bring a depth of understanding of the motives and behaviours of the characters but the thrill of the story is paramount. Read in one shot ...... nothing else matters on reading the new book day!
I am very lucky to live in the area of Kinloch and can very much picture in my mind's eye the streets and hotels in the book. This series of stories would make a fabulous tv series, the scenery alone would be fabulous but to see and hear the characters literally come to life would be amazing.
You won't be disappointed by this book, settle into a comfy chair, take a deep breath, turn the page, transport yourself to Kinloch and thoroughly enjoy your visit to the Wee Toon. You are welcome. Enjoy.
Now of course I have a long wait until next year for the new book.
Read more
11 people found this helpful
Report abuse

IAN WHITELAW
5.0 out of 5 stars Another great book from Denzil Meyrick
Reviewed in the United Kingdom on 9 June 2020
Verified Purchase
Denzil Meyrick yet again provides us with another great story from the DCI Daley series. They just get better and better. This one is another page turner and contains everything you would want from a real mystery. A great sory line which keeps you guessing right to the end. I even found myself laughing out loud at the patter of his sidekick, Brian Scott. As a retired Police officer myself, I can confirm that Denzil is spot on with his description of the various characters. I think every Police officer can tell you they have worked with a Brian Scott at some point in their service.
Now I find myself hoping and waiting for the next one in the series.
Read more
8 people found this helpful
Report abuse

Rebecca H
5.0 out of 5 stars Brilliant stuff! It's another winner.
Reviewed in the United Kingdom on 23 June 2020
Verified Purchase
I think this 8th book in the Daley series is quite possibly my favourite one to date. DCI Daley returns to work, which is a great relief for Acting DCI Brian Scott. Almost immediately he is drawn into a complex investigation involving an American Alice Wenger, recently arrived in Kinloch, and the reclusive Doig family. As ever the setting of Kinloch adds atmosphere and a genuine sense of place. The characters are so well drawn and it's a pleasure to catch up with old friends like Hamish and Annie. I always enjoy the banter between Brian and Ella as it always makes me smile. I know people like that! There are plenty twists and turns in the plot which kept me engrossed from the start and as the tension built, I could hardly put the book down. I do love the research that goes into the Daley novels. There are some fascinating historical details about the time when Campbeltown was the Whisky capital of the world cleverly woven into the story. Brilliant stuff! It’s another winner.
Read more
6 people found this helpful
Report abuse

Amazon Customer
5.0 out of 5 stars Refreshing return to Kinloch
Reviewed in the United Kingdom on 6 June 2020
Verified Purchase
Love the way the layers are gradually unpeeled from the 'persons of interest' until the perpetrator is exposed. I'm probably in the minority by not being a huge fan of the Brian/Ella sideshow, so for me it was good to see Daley returning to form. Looking forward to the next one already...

If you're new to this series, buy the whole lot, start at the beginning and lose yourself in the wee gem that is Kinloch!
Read more
6 people found this helpful
Report abuse

Evie Johnstone
5.0 out of 5 stars worth the wait
Reviewed in the United Kingdom on 7 June 2020
Verified Purchase
Daley and Scott at their very best!
More twists and turns in the plot than the road to Kinloch.
During this wretched pandemic it has been lovely to escape to the dark world that Brian and Jim inhabit.
Rankin's "Rebus" engenders tours around the Capital. I think I might enjoy a Kinloch "Daley Dally"! Meet at the Douglas Arms, check out the lifeboat station, bracing walk up the hills and back along the beach. Then regaled with Hamish's tales over a wee dram in the newly refurbished County Hotel.
Great story - thoroughly enjoyed it!
Read more
5 people found this helpful
Report abuse
See all reviews
Back to top
Get to Know Us
Make Money with Us
Let Us Help You
And don't forget:
© 1996-2021, Amazon.com, Inc. or its affiliates