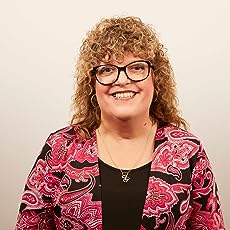 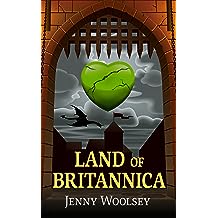 Land of Britannica 15/09/2017
by Jenny Woolsey
$3.99
Twelve-year-old Brittney is upset her parents have split up and she wants them back together. After Dad introduces his girlfriend to Brittney and her brothers, she is plunged into a strange world... the Land of Britannica.
The Land of Britannica is ruled by the evil Storm Queen and it is Brittney's mission, as stated in the Book of the Kingdom, to defeat the queen and restore the cracked green heart that hangs in the sky. She must face many perils and dangers.
Will Brittney be able to fulfil her destiny?

The story has a talking cat and other animals, a special suit of armour, dragons, royalty, strange food, girl power and good versus evil. It is a fast-moving adventure.
Read more
includes tax, if applicable 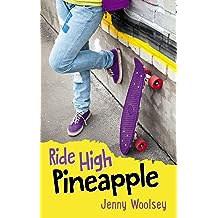 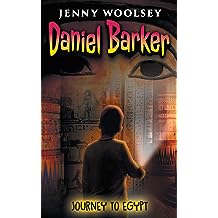 Daniel Barker: Journey to Egypt 22/08/2020
by Jenny Woolsey
$4.14
Thirteen-year-old Daniel Barker has a magical book from Egypt which gives him 99 wishes. In Book 1, Dan ignored the rules and awakened the Mummy's blight so now Grandma is taking him to Egypt to find a cure. While visiting the museum in Cairo, Dan gets chased by mummies into a room where Ramesses II's son, Meryatum, appears to help him in his quest. A chariot, crocodiles, robbers, temples, palaces, papyrus scrolls, a cunning high priest and much more await him in his journey to stop the Mummy's blight. Will Dan be able to?
Read more
Other Formats:: Paperback
includes tax, if applicable 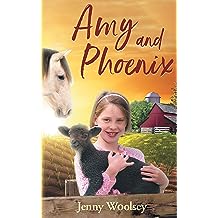 Amy and Phoenix 29/01/2019
by Jenny Woolsey
$4.44
Eleven-year-old Amy Pringle lives on a farm. She knows all the animals by name and can talk to them like Doctor Doolittle.
Amy is looking forward to her favourite ewe, Edna, giving birth.
When she sees her dad with his gun, she knows something is wrong.
It is soon evident that the lamb who she names Phoenix, only has three legs.
Amy wants to save Phoenix so must think of a way to do so. She has an idea which she puts into action.
Her big sister Hannah then posts a video of the lamb on YouTube and it goes viral. Amy is so excited by this and thinks all her problems are solved but they are not.
Amy must save Phoenix before it is too late! 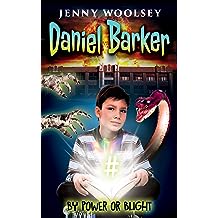 Daniel Barker: By Power or Blight 09/01/2018
by Jenny Woolsey
$4.04
Thirteen-year-old Daniel Barker has a magical book from Egypt which gives him 99 wishes. The wishes must be used to make the world a better place. If not, the Mummy’s Blight will be awakened.
Dan is like a superhero, until he wishes for a fire at school to impress Charmaine, the cutest cheerleader. Things then start getting crazy and out-of-control.
Is it the Mummy’s Blight and how will Dan stop his favourite teacher from becoming a zombie? 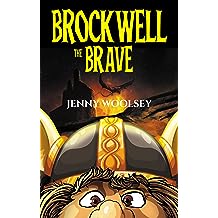 Brockwell the Brave 13/10/2016
by Jenny Woolsey
( 1 )
$4.19
Twelve-year-old Viking, Brockwell Ness, lives on a dragon farm in the Scandinavian village of Enga. His family's dragons are used around the village to haul logs, cart produce and rescue villagers. Brockwell would prefer to be at the healing hut helping the healers, rather than at home with the scary juvenile and adult dragons. His job is to feed and care for the young dragons.

Mr Ness thinks it's time for his son to tend the adults but Brockwell doesn't want to. Brockwell's gentleness and the time spent at the healing hut angers Mr Ness. Brockwell is often late home for his chores which doesn't help the situation. In the village Brockwell often faces another fear - Colden, the village bully, who picks on him for being different.

When Mr Ness doesn’t return from a mission to capture an injured dragon, Brockwell decides to go and find his father, against his mother's wishes. He invests the help of his best friend, Ingrid, and her older brother. Along the way Brockwell must face a multitude of dangers. Before he leaves for the journey, Mrs Gulbrand, Ingrid's mother, gives Brockwell a magical dragon's tooth necklace which belonged to Brockwell's grandfather.

Through the journey Brockwell learns that he has the power within himself to face his fears. He must face a raging river, a vicious bear, an aggressive dragon and other obstacles.

Will Brockwell be able to save his father's life and find within himself the power to feed and tame adult dragons, and deal with Colden? And will Mr Ness accept Brockwell for who he is?

The book contains Icelandic language which is the closest modern language to Viking times (Old Norse).
Read more
Other Formats:: Paperback
includes tax, if applicable
Back to top
Get to Know Us
Make Money with Us
Let Us Help You
And don't forget:
© 1996-2021, Amazon.com, Inc. or its affiliates