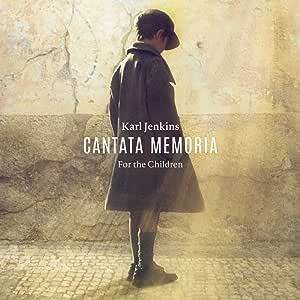 Jenkins: Cantata Memoria. For the Children (In Memory of Aberfan 1966)

Cantata Memoria commemorates through new music the Aberfan tragedy of October 21, 1966, when 116 children and 28 adults tragically lost their lives as a coal tip enveloped Plant Glas school, together with some houses, in Aberfan, South Wales.

This large-scale choral work in English, Welsh and Latin has been commissioned by S4C, the Welsh language TV channel, to mark the 50th anniversary of what has become known to subsequent generations both in the UK and around the world as the Aberfan Disaster.

The work will be premiered with the exact-same cast as on the record at the official Aberfan Charitable Trust Memorial Concert, to be held at the Wales Millennium Centre, on October 8, 2016.

The first half features music by Karl Jenkins and others, and words/poetry read by actress Sian Phillips and actor Michael Sheen, whilst the second half will premiere Cantata Memoria.

Though written to commemorate a specific and profoundly sad event, the emotions and themes housed within this special music can resonate beyond: Loss, then the transition from darkness into light are truly universal occurrences.