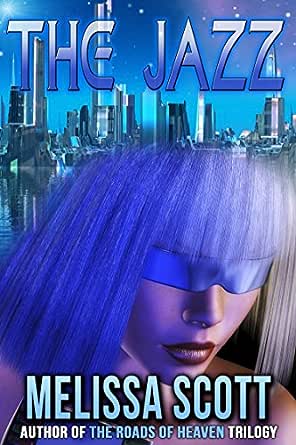 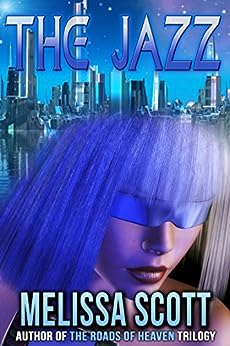 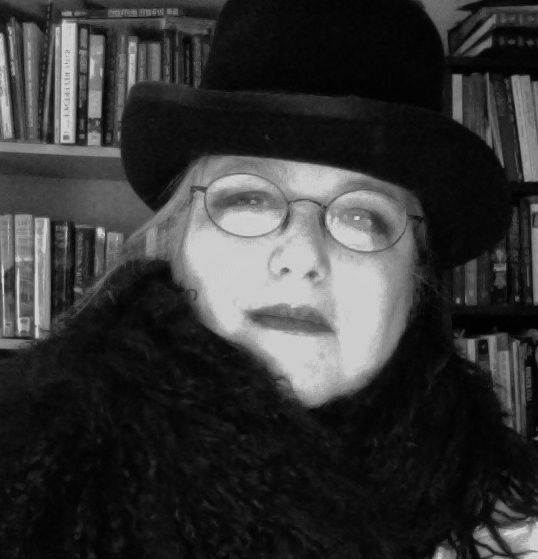 "A story of the Internet that, refreshingly, does not rely on the wonders or terrors of virtual reality to sustain interest. Set in a near-future America dominated by media corporations, the novel deals with a theme as current as the latest E-mail gossip or virus alert."--Gerald Jonas, "The New York Times"

Melissa Scott, winner of the John W. Campbell Award, twice winner of the Lambda Award for best novel, and author of the cyberpunk classic, Trouble and Her Friends, returns with a hip novel of the media-dominated future, when the internet is filled with Jazz: intentional misinformation and bewildering disinformation that are both an artform and a business.

Tin Lizzy, a respected Jazz artist with a checkered past, is a theatrical Web site designer who does backgrounds for Jazz productions. When a nifty new script shows up on the web, Lizzy is surprised to learn it came from a teenage boy named Keyz. It turns out Keyz used his parents' access codes to borrow a Hollywood studio's editing program- the true, hidden source of the studio's success. Now the studio head wants to lock him in jail and throw away the key.

So Lizzy rescues him and takes him on the road, across the altered landscape of twenty-first century USA, trying to stay one step ahead of the police … and the vengeance of a megalomaniac CEO.

The Jazz is a road chase novel of the future, filled with shady characters, close calls, and colorful neat ideas.
click to open popover

lb136
4.0 out of 5 stars "I Heard a Rumour"
28 May 2002 - Published on Amazon.com
Verified Purchase
Remember those commercials at the height of the dotcom boom, the ones that showed these amazed, enthusiastic people demanding "are you ready?" in an attempt to lure you to the Internet's supposed wonders? In Melissa Scott's version, people are, but it's hell (many form nostalgiac gated communities just to avoid it).
The book is set in an indefinite future America that seems to be a generation or so from now, where most of society seems bent on amusing itself to death, especially people who "play the jazz."
And the people who play the jazz in Scott's world don't have saxophones; they have web equipment, and the idea is to spread chaos through rumour. (Anyone whose first wakeup call to the dark side of the Internet occurred on the day they received their first e-mail warning about the Good Times virus will quickly get the idea.) In one sequence, in order to create a diversion at one point the heroine, Tin Lizzy, creates chaos at a shopping mall by sending out false rumors of a new product. But let Scott tell it herself, regarding the ultimate jazz her heroine "Tin Lizzy" plays: "this was something people wanted to hear, and this one, too, was picked up and repeated."
The story is told from two POVs, Lizzy's (who takes to the road with the teenager she's trying to help) and the cop trying to capture her while staying on the good side of his boss, who's a borderline psychopath. Scott's prose is spare; her characters seem real; the climax is cynical.
Each sequence is a beautiful set piece in itself. Despite the title, nothing seems improvisatory. It's all schemed out as carefully as a Bananarama album, and it entertains in precisely the same way.

Kindle Customer
5.0 out of 5 stars Melissa Scott creates another good one!
29 September 2009 - Published on Amazon.com
Verified Purchase
Once again we have a well conceived universe, with a thrilling story that is written densely. This is not a book that you can skim through, but will richly reward the person who wants to takes time to read. The action (in the near future) moves quickly, and the universe is believable. Buy, beg, or borrow, this is worth your time.
Read more

Kenneth R. Wilson
3.0 out of 5 stars Not that jazzy
31 October 2000 - Published on Amazon.com
Verified Purchase
The premise is classic cyberpunk, but unfortunately Scott stops short of adding anything really new to the genre. Once the protagonist is 'taken down', one is left wondering why the solution hadn't been carried out in the first half of the book or at any one of the mind-numbing locales that the heroin drags us through. Not a bad read, but definitely look to Snow Crash or just about any William Gibson for groundbreaking stories.
Read more
2 people found this helpful

Amazon Customer
4.0 out of 5 stars Another Solid Read from Scott
2 January 2002 - Published on Amazon.com
The Jazz
Melissa Scott
To paraphrase the San Francisco Chronicle review of David Mamet's latest film, Heist: The Jazz is a minor work by a major author, which is still better than most in a genre still seen as pulp fiction by most of the reading populous.
I've been a Scott fan for several years, starting with Trouble and Her Friends, which is still on of my favorite works by her along with The Shapes of their Hearts. In fact, The Jazz is an odd updated, yet more grounded re-conceptualization of Trouble.... The Jazz is an odd cop/detective chase story set in a not so distant future USA. Technology has developed in some fairly expected manners, as has corporations relationship with a society of consumers. The plot revolves around an entertainment conglomerates pursuit of a teen boy proto-hacker, who who accidentally stole a secret program from their networks, and a bad girl-turned-good creative programmer, who decides to help him fight the power.
Scott's strength in writing science fiction has been her focus on society and psychology, weaving stories based on the interplay between individual psyche, interpersonal relationships, and larger societal movements. Her visions of fantastic future technologies are vehicles for these elaborate tapestries; and while her imaginings are detailed and fascinating in their own right, they are never simple shiny baubles meant to mask a vacuum in plot or character development.
That said, in The Jazz, Scott's vision of the future is much closer to that of the present. And, the mundane character and simplicity of the technological future is paralleled in the characters and story. Instead of a more familiar future serving to make her characters more accesible and grounded in our present experience; the characters are simpler and less intriguing. In particular, Keyz, the plot's reason d'etre, seems to simply exist with no reason for us to be actually interested in him. I'm sure this was by design, but his construction only failed to hold my interest in one of the books major protagonists.
All criticism aside, this book is a great read and well worth the investment.

Read more
One person found this helpful
Go to Amazon.com to see all 10 reviews 4.3 out of 5 stars
Get FREE delivery with Amazon Prime
Prime members enjoy FREE Delivery and exclusive access to movies, TV shows, music, Kindle e-books, Twitch Prime, and more.
> Get Started
Back to top
Get to Know Us
Make Money with Us
Let Us Help You
And don't forget:
© 1996-2020, Amazon.com, Inc. or its affiliates