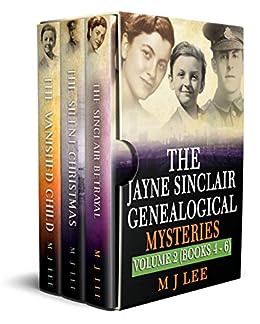 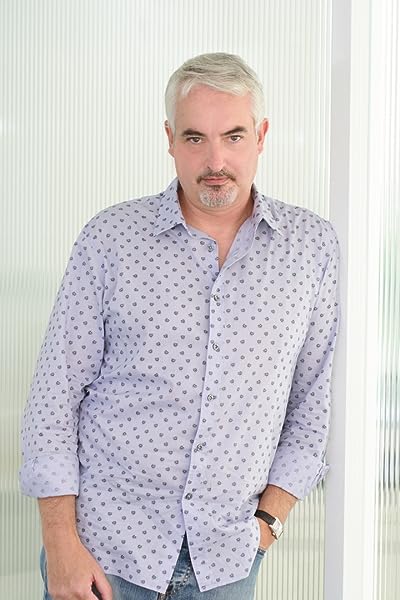 by M J Lee (Author) Format: Kindle Edition
See all formats and editions
Sorry, there was a problem loading this page. Try again.

What would you do if you discovered you had a brother you never knew existed?

On her deathbed, Freda Duckworth confesses to giving birth to an illegitimate child in 1944 and temporarily placing him in a children's home. She returned later but he had vanished.

What happened to the child? Why did he disappear? Where did he go?

Jayne Sinclair, genealogical investigator, is faced with lies, secrets, and one of the most shameful episodes in recent history as she attempts to uncover the truth.

Can she find the vanished child?

In a time of war, they discovered peace.

When David Wright finds a label, a silver button and a lump of old leather in a chest in the attic, it opens up a window onto the true of joy of Christmas.

Jayne Sinclair, genealogical investigator, has just a few days to unravel the mystery and discover the truth of what happened on December 25, 1914.

Why did her client’s great grandfather keep these objects hidden for so long? What did they mean to him? And will they help bring the joy of Christmas to a young boy stuck in hospital?

Jayne Sinclair is back and this time she’s investigating her own family history.

For years, Jayne has avoided researching the past of her own family. There are just too many secrets she would prefer to stay hidden. Then she is forced to face up to the biggest secret of all; her father is still alive. Even worse, he is in prison for a cold-blooded killing.

Was this revenge for the death of his mother during the war?

Was she working for the French Resistance?

And who betrayed his mother to the Germans?

Jayne uses all her genealogical and police skills to investigate the world of the Special Operations Executive and of secrets hidden in the dark days of World War 2. A world that leads her into a battle with herself, her conscience and her own family.

"A definite must for anyone interested in family history."

"The sort of reading you know is going to hurt, but at the same time the reading honours the experience."

"A gripping read that will stay in my thoughts for a long time."

"This is a brilliant well told story. Very well written and had me gripped all the way through.’

"Having read and enjoyed all previous Sinclair books by M J Lee I believe this is the best yet. For lovers of genealogy a very gripping read."

"Sometimes in a series, stories can become similar but all these are so different from each other yet you can see Jayne's story progress in each one."

"Yes, it is possible for genealogy to be thrilling!
Jayne Sinclair is a believable character and the stories keep getting better and better!"

Martin is a writer of contemporary crime, historical and genealogical mystery novels.

When he's not writing, he splits his time between the UK and Asia, taking pleasure in playing with his daughter, researching his family history, single-handedly solving the problem of the French wine lake and wishing he were George Clooney.

JacquiH
5.0 out of 5 stars 3 excellent genealogical mysteries
Reviewed in the United Kingdom on 28 January 2020
Verified Purchase
She's back. Three more mysteries for our ex police detective now genealogical investigator to solve. The first deals with the terrible history of orphans or abandoned children raised, and abused, in primarily Catholic orphanages and sent to Australia as child labour, although it wasn't called that. A woman asked Jayne to solve the mystery of a brother she she only discovered on her mother's death bed. It's a harrowing story. The second covers a short part of the first World War with a soldier in the trenches when a Christmas truce was called and both sides sang carols and exchanged presents - a short lived heartening period of respite. The final one investigates Jayne's own family through her father and his mother's story of being in the Special Operations Executive during WW2. All have a few clues presented to Jayne by the main relative/client and then she works back through the various archives and family history sites to unravel the stories. They are all well-researched and the characters well-written. Jayne is developing nicely now that husband has been banished. The last story had rather too much cloak and skull-duggery from the modern secret service etc for me but a definite improvement on book 3 (The American Candidate). Good and entertaining reads.
Read more
2 people found this helpful
Report abuse

Mrs.. Johnson Johnson
5.0 out of 5 stars Jayne SInclair collection
Reviewed in the United Kingdom on 3 January 2020
Verified Purchase
I have now read all the books about this genealogical character and the author knows this subject very well. He has obviously carried out research to be able to name the resources available. An excellent read. Well done.
Read more
One person found this helpful
Report abuse

Agnes Harvey
5.0 out of 5 stars A female chocoholic who helps solve family mysteries.
Reviewed in the United Kingdom on 28 November 2020
Verified Purchase
An enjoyable series that gives hints on how to research your own family tree.
Each story gives a good historical insight to the plot content.
Read more
Report abuse

prettyangebaby
5.0 out of 5 stars Love these stories
Reviewed in the United Kingdom on 12 June 2021
Verified Purchase
I really cannot get enough of these books, read them back to back. What will I do when there are no more?
Read more
Report abuse

Opera Lover
4.0 out of 5 stars Fun read and I've learned a lot
Reviewed in the United States on 6 July 2020
Verified Purchase
Waiting patiently for the next in the series Jayne is a great character and I read these books so fast as I can't wait to find out what she will discover in her genealogical research Highly recommend if you enjoy history, research and mysteries
Read more
One person found this helpful
Report abuse
See all reviews
Back to top
Get to Know Us
Make Money with Us
Let Us Help You
And don't forget:
© 1996-2021, Amazon.com, Inc. or its affiliates