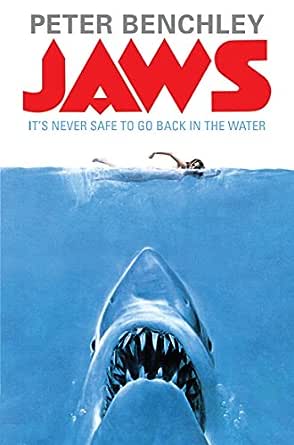 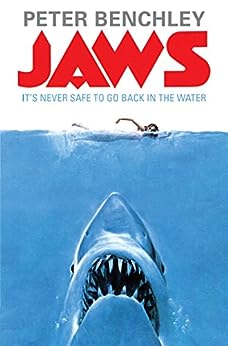 Peter Benchley was born in New York City in 1940 and was the son of novelist Nathaniel Benchley and grandson of humorist Robert Benchley. He worked as a reporter for the Washington Post, as associate editor of Newsweek and as a speech-writer for President Johnson. His stories and articles appeared in numerous magazine including the New Yorker and National Geographic. Jaws was his first novel, his previous two books being a story for children and a book based on his trip round the world. Peter Benchley died in 2006. --This text refers to an alternate kindle_edition edition.

The ultimate holiday nightmare --This text refers to an alternate kindle_edition edition.

A tightly written, tautly paced study of terror [that] makes us tingle. The Washington Post
Powerful . . . [Benchley s] story grabs you at once. The New York Times Book Review
Relentless terror . . . You d better steel yourself for this one. It isn t a tale for the faint of heart. The Philadelphia Inquirer

Pure engrossment from the very opening . . . a fine story told with style, class, and a splendid feeling for suspense. Chicago Sun-Times"

"A tightly written, tautly paced study of terror [that] makes us tingle."--The Washington Post "Powerful . . . [Benchley's] story grabs you at once."--The New York Times Book Review "Relentless terror . . . You'd better steel yourself for this one. It isn't a tale for the faint of heart."--The Philadelphia Inquirer

"Pure engrossment from the very opening . . . a fine story told with style, class, and a splendid feeling for suspense."--Chicago Sun-Times --This text refers to an alternate kindle_edition edition.

less terror." The Philadelphia Inquirer.
The classic, blockbuster thriller of man-eating terror that inspired the Steven Spielberg movie and made millions of beachgoers afraid to go into the water. Experience the thrill of helpless horror again -- or for the first time! --This text refers to an alternate kindle_edition edition.

It’s never safe to go back in the water . . .
It was just another day in the life of a small Atlantic resort until the terror from the deep came to prey on unwary holiday makers. The first sign of trouble – a warning of what was to come – took the form of a young woman’s body, or what was left of it, washed up on the long white stretch of beach.
A summer of terror had begun.
Published here in a special Pan 70th anniversary edition, Jaws, which first came out in 1974, has sold over twenty million copies worldwide and inspired a legend that refuses to die.

Peter Benchley (1940-2006) was an American author best known for writing the novel Jaws and cowriting the screenplay for its highly successful film adaptation. The success of the book led to many publishers commissioning books about mutant rats, rabid dogs, and the like threatening communities. The subsequent film directed by Steven Spielberg is generally acknowledged as the first summer blockbuster. Benchley also wrote The Deep and The Island, which were also adapted into films, and several other novels. A champion of conservation, he was a compelling author for shark fans and foes alike.

Erik Steele is a professional actor living in New York City, where he has worked both on and off Broadway and in film. He has toured with the prestigious Acting Company, performing Shakespeare and Sheridan in theaters from Atlanta to Anchorage. He holds an MFA in acting from New York University and a BA from Vassar College.