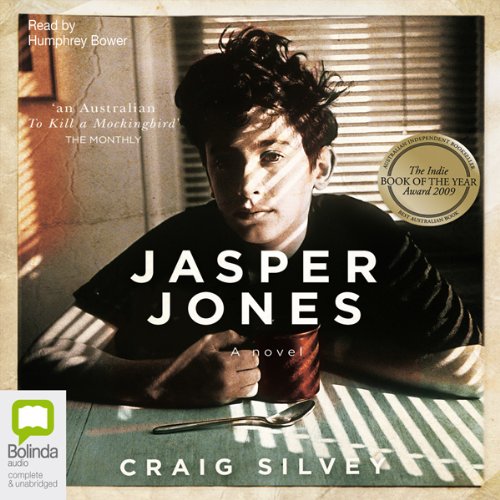 4.5 out of 5 stars
4.5 out of 5
980 global ratings
How are ratings calculated?
To calculate the overall star rating and percentage breakdown by star, we don’t use a simple average. Instead, our system considers things like how recent a review is and if the reviewer bought the item on Amazon. It also analyses reviews to verify trustworthiness.

seffron holroyd
5.0 out of 5 stars Unexpected captivation
Reviewed in Australia on 29 November 2018
Verified Purchase
Wow!
I have seen this book on the shelves in all department stores and didn't really understand it's hype until now.
It is written superbly well, real like characters in raw emotions and behavior.
The story line was quick, engrossing to the point that I would think about it at night when I went to bed.
I now have to see the movie and hope it does the book justice and stays true to the story line.
Tragic, raw, funny, sad and up lifting . It was a pleasure to read.
I think I can safely say, seeing that we are nearly at the end of the year, that this book is my favorite pick of all that I read this year.
Read more
One person found this helpful
Helpful
Report abuse

REVIEW:
I gave this book 4 stars.

Silvey’s writing style is unique, to say the least. It took time to adapt to the quiet introspective, at times almost repetitive way Silvey has of developing scenarios, characters, and plot.

It’s as though the author wants to ensure that a changed situation, or a new character, is depicted with absolute unmistakable clarity, that confusion there in is totally prevented from occurring.

The characters within the story are competently chiseled out of complex but clearly explained contexts. They each stand clear, possessing unique carefully drawn characteristics, that as the complex series of events unfold, become highlighted as deftly crafted details reveal themselves to the reader.

megan
TOP 50 REVIEWER
5.0 out of 5 stars Highly recommended
Reviewed in Australia on 23 April 2016
Verified Purchase
Silvey has certainly made an impressive contribution to Australian Literature with this book. An excellently written novel with a good plot, well developed characters and the pace and flow felt right. It was a not a light or pleasant read, but I felt it was a very important one. 'Jasper Jones' was also a challenge for readers to go on a journey that made you think deeply, reflect and, well...feel uncomfortable, yet compassionate. The plot's climax was exceptional.
Set in rural Australia in the 60's amid influences and events such as, the Vietnam War, Jasper Jones and Charlie Bucktin (the book was told through his POV) find friendship. Jasper was part aboriginal and the small mindedness of the locals wouldn't allow for fair or equal treatment of him. Instead, they judged him. Charlie's observations were well recorded as he deduced that Jasper was a better person than even the local dignitaries. Another character, Jeffrey Lu and family were a real asset to the telling of this narrative.
My only annoyance had nothing at all to do with the book. It had to do with the cover stating that 'Jasper Jones' is Australia's 'To Kill a Mockingbird'. While there were comparisons to draw, 'Jasper Jones' could surely stand on its own. It is what it is! I don't think it needed that particular publicity to be an award winning bestseller. By making those comments, I mean no disrespect to Harper Lee and 'To Kill a Mockingbird' which is one of my all-time favourite books. It's simply that the statement was unnecessary. 'Jasper Jones' is a must read Australian piece of literature!
Read more
3 people found this helpful
Helpful
Report abuse

Brian. S. Olsen
5.0 out of 5 stars Becoming of age.
Reviewed in Australia on 6 February 2021
Verified Purchase
Jasper jones is an excellent story written by Australian author Craig Silvey and is about a young boy growing up in Australia. It has a range of emotions, some sad some ugly racism but the dialogue between Charlie and his mate Jeffery is priceless. All in all a great story about a boy becoming of age.
Read more
Helpful
Report abuse

David Povey
5.0 out of 5 stars Great story!
Reviewed in Australia on 24 March 2017
Verified Purchase
Like another Amazon reviewer, I have never cried reading a book more than I cried reading Craig Silvery's fantastic, fabulously well written Jasper Jones, nor shivered with more nervous tension in concern for the characters. We may recognise ourselves in these characters, in Charlie Bucktin the chief protagonist, Jasper Jones, Eliza Wishart and the wonderful Jeffrey Lu. I laughed out loud, and chuckled, and sighed, and cheered. Its an extraordinarily good book.
Read more
2 people found this helpful
Helpful
Report abuse

Debra
TOP 500 REVIEWER
5.0 out of 5 stars Perfect
Reviewed in Australia on 26 May 2018
Verified Purchase
This is a delightful coming-of-age story set in a small Aussie town. I found the dialogue stunning, the characters perfectly drawn and the scene setting spot on. I particularly liked the banter between Charlie and Jeffrey, and the scenes with Jasper warmed my heart. I loved every minute of this book, and will be recommending it.
Read more
One person found this helpful
Helpful
Report abuse

JD
5.0 out of 5 stars Beautiful, evocative, funny and sad
Reviewed in Australia on 11 April 2021
Verified Purchase
What a fabulous read. Funny sad stressful. The main characters were beautifully drawn and the language of the writer created a visual of the era, the heat, the small town and the characters. I loved this book and on completion, download his second. Loved that too
Read more
Helpful
Report abuse

Vetski
5.0 out of 5 stars Magic. what a great book!
Reviewed in Australia on 2 August 2014
Verified Purchase
It took me a little while to get into this book - but once I did I was enthralled in every page of the drama in This Aussie country town in the mid 60's. I loved the way the characters were developed and I loved the way social taboos, young love, stereotypes, classes and issues and the way society handled them in this era were explored. I cringed and was appalled at the overt racism (Jasper and Jeffrey's families) and the protection and thwart power of public officials. You finish the book with lots to think about.
Read more
4 people found this helpful
Helpful
Report abuse
See all reviews

MAG007
3.0 out of 5 stars Tensions and Murder in 1960's Small Town Australia
Reviewed in the United Kingdom on 18 October 2018
Verified Purchase
This is a tale about a young boy Charlie who unwittingly finds himself involved in the mysterious death of a girl in his hometown of Corrigan in Australia in 1965. In order to protect his friend Jasper Jones who is the town outcast and is most likely to be blamed they end up doing something that has far reaching effects. Around this story we also get interwoven themes of racism in the local community, and of tensions in Charlie's family and the revealing of family secrets for some of the other characters. There's also a smattering of humour between Charlie and his friend Jeffery as they have childish debates and the POV of Charlie is convincing but I think the swearing used was a bit more than was required throughout the whole book.
Read more
One person found this helpful
Report abuse

Gs-trentham
4.0 out of 5 stars Interesting enough to overcome the reservations
Reviewed in the United Kingdom on 28 February 2012
Verified Purchase
Craig Silvey has written a brave book. Charlie Bucktin, growing up in what emerges as a dysfunctional family in small-town Australia, becomes an inadvertent accessory to a crime. Exactly what the crime is, and who the perpetrator, becomes clear only slowly. The revelation when it comes is plausible in itself and as the cause of a great deal of anguish.

The eponymous Jasper Jones is a rebel determined upon fulfilling the role of outcast which he believes is being forced upon him by circumstance. By the end, he is only one of a number whose lives have been changed. Central to the story is Charlie's friendship with Jeffrey Wu, a cricket-mad Asian boy; the author makes no attempt to conceal the parallels with Tom Sawyer and Huck Finn. Their relationship is complicated by Charlie's crush on Eliza Wishart, another disturbed young person.

Sometimes the author's intention to identify large issues of friendship, loyalty and racism pushes the boundaries of what might be expected of early-teenagers, but this is a courageous novel with a fresh setting.
Read more
Report abuse

jeannie-ju
5.0 out of 5 stars I truly loved this book
Reviewed in the United Kingdom on 3 February 2018
Verified Purchase
Authentic- believable- wonderfull characterization-fabulous writing-sense of place-stunning; I could go on forever, I truly loved this book, I was totally immersed and captivated. Jeffrey Ju such a wonderful little person, and chuck- totally believable as a thirteen yearold wordsmith of a boy. It's dark- really dark- and light and the banter between the boys is amusing and clever. We cannot forget the enigmatic Jasper Jones--Wow!! Wow and more Wow!!. I am truly bowled over by this writer.......
Read more
One person found this helpful
Report abuse

Angel N
5.0 out of 5 stars Beautifully told coming of age story
Reviewed in the United Kingdom on 7 November 2016
Verified Purchase
Small town Australia in the 1960s full of prejudice and rumour. Charlie is swept up in a mystery hanging. Some of the best observed moments of the book are in his relationship complete with schoolboy repartee with his Vietnamese friend, Geoffrey and their standing up to older bullies. As the plot unravels, domestic secrets emerge which are profoundly upsetting. The narrator's voice is always authentically that of a rural adolescent. By the end, Charlie has become wiser, seeing through the deceptions and bigotry around him.
Read more
One person found this helpful
Report abuse

Sammy
1.0 out of 5 stars Long winded and dragged
Reviewed in the United Kingdom on 1 May 2018
Verified Purchase
Really long-winded. Did not like the author's style of writing at all. Disappointed - waste of £9. It started off okay and there was potential to put the story across really well. But some parts really dragged on. Simple things, like the boys playing a game. Or comparing favourite superheroes. Not for me, sorry.
Read more
Report abuse
See all reviews
Back to top
Get to Know Us
Make Money with Us
Let Us Help You
And don't forget:
© 1996-2021, Amazon.com, Inc. or its affiliates