The Janissary Tree (Yashim the Ottoman Detective) and over 1.5 million other books are available for Amazon Kindle . Learn more
Share <Embed> 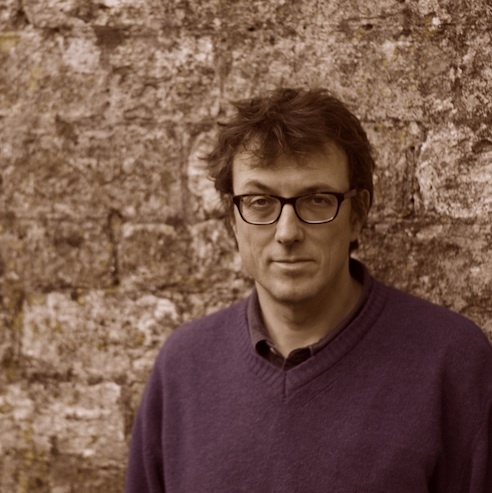 Page 1 of 1 Start overPage 1 of 1
Previous page
Next page
Start reading The Janissary Tree (Yashim the Ottoman Detective) on your Kindle in under a minute.

Jason Goodwins previous books include Lords of the Horizons: A History of the Ottoman Empire and On Foot to the Golden Horn. He lives in Sussex, England, is married with four children, speaks French and German and once walked from Poland to Istanbul.

Jason Goodwin's previous books include Lords of the Horizons: A History of the Ottoman Empire and On Foot to the Golden Horn. He lives in Sussex, England, is married with four children, speaks French and German and once walked from Poland to Istanbul.

4.1 out of 5 stars
4.1 out of 5
292 global ratings
How are ratings calculated?
To calculate the overall star rating and percentage breakdown by star, we don’t use a simple average. Instead, our system considers things like how recent a review is and if the reviewer bought the item on Amazon. It also analyses reviews to verify trustworthiness.

Nora
5.0 out of 5 stars Fantastic book
Reviewed in Australia on 17 November 2015
Verified Purchase
The Janissary Tree has to be one of the most interesting and informative books I have ever read. The story maybe fictional, extremely interesting and exciting, the author being an expert in Ottoman Empire history. I will read this book many times in the future, may even try some of the culinary delights the main character was cooking up. Just loved every moment, didn't want to put it down - nor come to the end.. Also looking forward to reading more of Jason Goodwin's works depicting this era and his journey from Poland to Istanbul.
Read more
Helpful
Report abuse

Amazon Customer
3.0 out of 5 stars Historical Truths
Reviewed in Australia on 14 November 2014
Verified Purchase
Full of fascinating information about the rituals and customs in a not-so- long ago time and place, all of it new to me. Well-researched, with a strong story line. Sheds some light on the way things are still done in this part of the middle east. Worth reading.
Read more
Helpful
Report abuse

Davey
TOP 500 REVIEWER
5.0 out of 5 stars Enjoyable
Reviewed in Australia on 8 October 2014
Verified Purchase
I found "The Janissary Tree" enjoyable to read. The time and place is very well captured. Yashim's adventures need a little imagination, however I shall be returning for more.
Read more
Helpful
Report abuse

Big Nanu
3.0 out of 5 stars it sounds promising but...
Reviewed in Australia on 28 September 2014
Verified Purchase
This book was hard work. The author has so much knowledge - history, sociology, cooking- so much promise - too much. A good editor maybe?
Read more
Helpful
Report abuse

KATRINA SPENCER
4.0 out of 5 stars Rollicking Read
Reviewed in Australia on 10 January 2017
Verified Purchase
Fast paced, history woven well into the fabric of the story. Lots of interesting characters and mystery to keep you engaged.
Read more
Helpful
Report abuse

Citizen Smiff
5.0 out of 5 stars easy and informative
Reviewed in Australia on 28 March 2015
Verified Purchase
very engaging look at a part of History and a culture that I am not familiar with, great read
Read more
Helpful
Report abuse

Graeme Thomson
3.0 out of 5 stars Fascinating look at 19th century Istanbul under the Ottomans
Reviewed in Australia on 15 October 2014
Verified Purchase
An interesting story however my interest was probably piqued having just visited Istanbul. May not have enjoyed it as much otherwise. Still recommend it though
Read more
Helpful
Report abuse

M. Baerends
4.0 out of 5 stars Auspicious Event
Reviewed in the United Kingdom on 22 May 2018
Verified Purchase
Most original historical detective story by a writer I knew from his "Lords of the Horizons", about the history of the Ottoman Empire.
The subject detective is Yashim, and he operates in the Istanbul of the 1830s. What exactly his job is remains a bit unclear, but he seems to be used by higher-ups in the Sultan's court for investigative work. The theme of this story, the first in a series, revolves around the "Auspicious Event" some 10 years before, when the out-of-control Janissaries finally pushed the Sultan a step too far and got destroyed by more regular troops. In this book Yashim needs to help solve a number of murder mysteries directly related (but how?) to the dramtatic events a decade ago.

In terms of originality, I'd have to rate this one at close to 5 stars. How often does one read stories about Ottoman detectives in the 1830s? This particular one even happens to be a eunuch (which is why he has good access to the palace - it does not stop him from having intimate relationships with ravishing Russian ambassadors' wives), even more original. The subject matter, the capital of the Ottoman Empire in the 1800s, is well chosen. In terms of writing and plot, perhaps closer to 3 stars. Well then, 4 is a good average clearly.

Hopeful Evangelist
5.0 out of 5 stars What is the recipe for Chicken, Walnuts and Pomegranite?
Reviewed in the United Kingdom on 19 November 2016
Verified Purchase
I stumbled on this after reading the first Inspector Ikmen novel.

I really enjoyed this, it is earthed in real history but is not entirely historically accurate. Yashim is a very interesting character and his existence within and on the margins of Turkish society is well described. He lives simply but has access to the Sultan and the harem, he has many friends but is still isolated because he is a eunuch living outside the palace.

This makes things interesting, but also raises possible criticisms. Yashim's state makes him unique as a detective, and that may be the point, but his physical state only seems to be a problem when the plot requires it, otherwise, it seems of little consequence, for example:
The question as to Yashim's status - slave or freedman - is never really addressed. Why does he not live in the Sultan's palace?
What is also a little odd is that Yashim seems not to have much fellow feeling for other eunuchs, apart from one character.
He shows sexual interest and can engage in sexual activity - I am sure the mechanics make sense, if I may put it that way, but I wonder whether the long-term lack of testosterone would mean a loss of libido? (There are historical accounts of eunuchs engaging in sex and even impregnating someone, but this was in a situation where the castration was extremely recent!)
Without spoiling things, Yashim's sexual liason seemed highly unlikely, given the culture of the time and place, but the author may have information to the contrary. It is also slightly surprising that Yashim appears to be quite slim - the author gives the impression that the very large eunuchs in the harem got that way simply through over-indulgence, whereas the reality is that castration usually massively increases body mass - e.g.; in the case of capons, etc.

In terms of the narrative, Yashim and many other characters seem to have very modern attitudes and relationships, even the Sultan seems to be quite relaxed and not at all concerned for his own status. This is not a major problem in a detective novel; after all, Cadfael and Falco are not really typical of 12 century monks or 1st century Romans. Nevertheless, I did find myself stepping back from Yashim's Istanbul because something said or done felt a little too anachronistic.

I love cooking, but Yashim's kitchen activities sometimes intruded into the narrative a little too much. We get highly detailed descriptions of relatively familiar dishes and activities and then a dish is mentioned by its Turkish name and an English description, but no explanation or recipe is given. This is annoying - on the one hand, the kitchen scenes take place at odd points and slow the pace abruptly, on the other, they are more detailed than mere background, but not detailed enough to provide much information. I found myself wondering just what genre the author thought he was writing?

Nevertheless, this was a very good story, although the revelation of the culprit(s) was not a total surprise. The author's knowledge of Istanbul and 19th Century politics makes the book come alive.

Hammer
4.0 out of 5 stars Atmospheric and informative
Reviewed in the United Kingdom on 4 October 2018
Verified Purchase
Having just returned from this great city I enjoyed the fact that the geographical detail made sense. Living today it is hard to imagine the immense struggles between modernity and tradition in the 19th C. This book gives an insight through the Janus-like hero Yashim. Of course some elements are rather silly and contrived but I enjoyed the story immensely. I hope the second book in the series is as good.
Read more
One person found this helpful
Report abuse

shrink six
5.0 out of 5 stars Wonderful writing about a strange and colorful culture.
Reviewed in the United Kingdom on 1 November 2017
Verified Purchase
This book deserved the Edgar award it won the year it was published. The locale is fascinating ( early 19th. century Istanbul) with vivid descriptions of a culture unfamiliar to most North Americans. The detective is unique in recent mystery novels and his insights into his countrymen are fascinating. He is simultaneously investigating two cases which coalesce in the end.
Read more
2 people found this helpful
Report abuse

Andrew
5.0 out of 5 stars Loved it
Reviewed in the United Kingdom on 8 September 2019
Verified Purchase
Great debut novel. And set in wonderful city atmospherically described
Read more
2 people found this helpful
Report abuse
See all reviews
Get FREE delivery with Amazon Prime
Prime members enjoy FREE Delivery and exclusive access to movies, TV shows, music, Kindle e-books, Twitch Prime, and more.
> Get Started
Back to top
Get to Know Us
Make Money with Us
Let Us Help You
And don't forget:
© 1996-2020, Amazon.com, Inc. or its affiliates