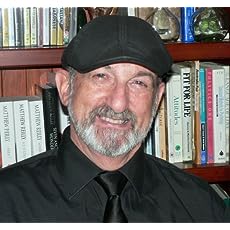 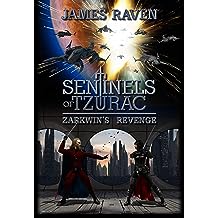 Earth’s recent reprieve from full-scale disaster is about to end sooner than expected. The second book in the Sentinels of Tzurac trilogy, Zarkwin’s Revenge begins five years after the conclusion of Terra Major Under Threat.


When Jackson and Khaneera, both serving life sentences for their crimes against the Federation, escape prison, their unfinished mission snaps back into place, reigniting the rebel forces—and their own feelings for each other.


Having failed their operation once, they don’t intend to taste defeat again. And Khaneera knows exactly how to ensure they get to celebrate the spoils this time. With the rediscovered Xytrinium infusion formula in hand, they can infuse their mercenaries with the same enhanced powers as the Sentinels.


Now on equal footing and with secret attacks up their sleeves, the rebel forces are confident they can eradicate the Sentinels, destroy the Federation, and retrieve the wealth of Xytrinium reserves from Earth.


But what if one rebel starts to grow a conscience? Will a little advanced warning be enough to help Earth and the Federation thwart the rebels once again—or is it their turn to feel the sting of defeat? 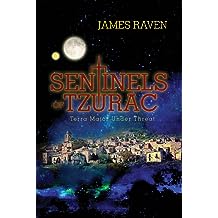 Sentinels of Tzurac: Terra Major Under Threat 02/07/2012
by James Raven
( 5 )
$3.99
The Sentinels of Tzurac is an action sci- fi story written in the spirit of George Lucas and Gene Roddenberry productions, which stimulates the imagination and brings back the emotional excitement experienced by those of all ages who followed the Star Wars and Star Trek sagas. The year is 2055. Earth’s natural resources have been ravaged and the planet is slowly dying. MERIC, the mining company owned by Samuel Jensen that employs new recruit engineer Kyron, is now mining a newly discovered planet known as Terra Iota when an explosion rocks their operations and brings them to a screeching halt. A strangely powerful blue crystal they will come to know as Xytrinium is cause of the explosion and Kyron is sent to Terra Iota to investigate. Saying goodbye to his love Torri, Kyron embarks on a journey to the distant planet, unaware that evil forces lurking within his own company don’t want him to arrive on Terra Iota alive. Someone is moving behind the scenes to control all of this valuable volatile substance and his motive is as simple as it is diabolical: he is determined to exert complete power over the entire world. Caught in the middle, Kyron now finds himself in a war with a man who seems to hold all the cards; and when a murder, an ancient gold ring, and his father’s hidden past reveal startling truths, Kyron will risk everything to save Earth—and the life of the woman he loves.
Read more
Other Formats:: Audible Audiobook , Paperback
includes tax, if applicable
Back to top
Get to Know Us
Make Money with Us
Let Us Help You
And don't forget:
© 1996-2021, Amazon.com, Inc. or its affiliates