$59.50
+ FREE Delivery
Sold by: Books Mela Aus
Flip to back Flip to front
Listen Playing... Paused   You're listening to a sample of the Audible audio edition.
Learn more
See this image 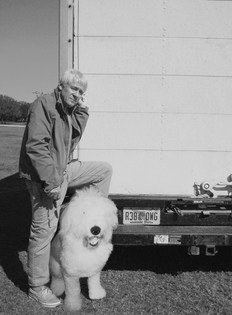 "A bright, fresh, dead-on debut from a great new voice...buy it now and get in on the ground floor with an important new writer."--Lee Child, author of Echo Burning

"A dark mystery with more than a dash of blood, Jamaica Blue goes down easy as a good margarita. This is a damn fine first novel."--William Kent Krueger, Barry and Anthony Award Winning author of Iron Lake

"Bruns' characters are well drawn, his setting right-on. If the Rastafarian faith has always piqued your curiosity, if the many faces of passion intrigue you, if you desire one last escape before the winter blahs set in, you can do no better than to immerse yourself in Jamaica Blue."--Deadly Pleasures

"There are twists within twists, intriguing characters to follow and the book is written with a sense of authority that tells us the author knows his field. Bruns is a new author on the crime fiction scene who knows how to write. He tells a fresh story in a fast, powerful, and engaging manner. The story unfolds with logical, fast paced tempo. The scenes are carefully and accurately described. Jamaica Blue is a fast, enjoyable ride in the steamy island sun."- St. Paul Pioneer Press

"In this compelling, fast paced story, Bruns nails the world of celebrity journalism."--Booklist

Tropical Breezes, White Sand Beaches, Reggae Rhythms...
Under an intense, blue Jamaica sky, music journalist Mick Sever lands a front row seat to the Next Big Thing-a reggae/rap band known as Derek and The Laments. Derek Lyman, the band's charismatic Rastafarian singer has an unmistakable hold on the audience, and his provocative lyrics work the crowd into a frenzy. But lurking beneath the new stars' promise is a deadly secret-two female fans have been savagely killed after attending Laments' concerts. And everyone begins to wonder if the band is connected to the murders?

...And a Rock & Roll Band With Blood on Its Hands
The journalist in Sever follows the group to Miami as he hunts for the truth on a trail that will lead him down Florida's coastal highway to Key West and back again. And when another young concertgoer loses her life, Sever finds himself the target of someone who is desperate to keep the Laments' past buried-and...desperate enough to kill again and again.

Don Burns is a songwriter, musician, and advertising executive. He and his family live in Ohio and frequent Florida and the Caribbean. This is his first book.
Read more

3.7 out of 5 stars
3.7 out of 5
5 global ratings
How are ratings calculated?
To calculate the overall star rating and percentage breakdown by star, we don’t use a simple average. Instead, our system considers things like how recent a review is and if the reviewer bought the item on Amazon. It also analyses reviews to verify trustworthiness.

Michael L. Slavin
4.0 out of 5 stars Fast Paced Read Though Somewhat Improbable Plot
Reviewed in the United States on 19 July 2008
Verified Purchase
Free lance rock & roll critic and author Mick Sever is drawn into the world of reggae and Rastafarian culture. A charismatic singer who sings provocative lyrics is on the way to quick stardom. Sever had written a book on sex, drugs, rock and murder previously finds himself headed down a similar path as female concertgoers are murdered. He could well be a private investigator as well as writer. Surprisingly good read.
Read more
One person found this helpful
Report abuse

Candace
4.0 out of 5 stars Jaimaca Blues
Reviewed in the United States on 15 January 2011
Verified Purchase
The kindle version of this book is so full of typos and errors, that the pleasure of reading it is greatly diminished. Some words are so misspelled that it is hard to figure them out. Punctuation also leaves a lot to be desired. The story is good but following it is hard. If given the choice buy a hard copy!
Read more
Report abuse
See all reviews
Get FREE delivery with Amazon Prime
Prime members enjoy FREE Delivery and exclusive access to movies, TV shows, music, Kindle e-books, Twitch Prime, and more.
> Get Started
Back to top
Get to Know Us
Make Money with Us
Let Us Help You
And don't forget:
© 1996-2020, Amazon.com, Inc. or its affiliates