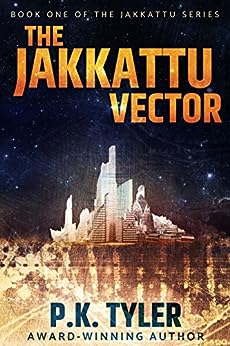 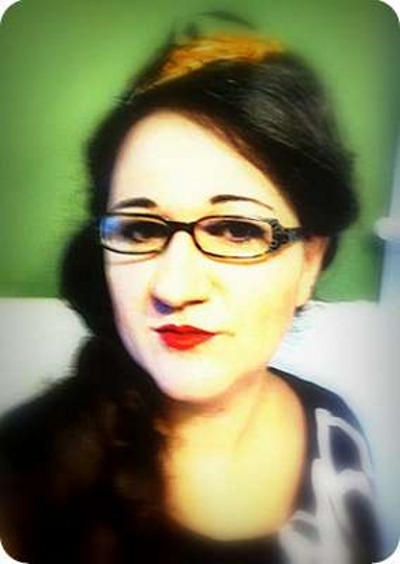 by P.K. Tyler (Author), Philip A. Lee (Editor) Format: Kindle Edition
See all formats and editions
Sorry, there was a problem loading this page. Try again.

They came as saviors to a deteriorating Earth.

“The Jakkattu Vector is the first book in a saga that ultimately becomes a metaphor of humanity itself as it struggles to find its role in a world where humans are defective, aliens are taken into slavery, and priests engage in cruel genetic experiments. With Jakkattu, Ms. Tyler has created a new genre where she takes old traditions and myths and projects them onto a future, that, despite its high technology, it’s still polluted by slavery, prejudice, and exploitation. Her strong world building is made even more extraordinary by the exquisite detail and attention in creating new people and cultures.” ~ Midwest Book Review

Julip Torne questions whether there is more to life beyond the barren dirt, acidic seas, and toxstorms her people work and die in. Living in poverty on the withering Greenland Human Reservation, she wonders if the alien Mezna goddesses are truly as holy as the temple preaches.

Meanwhile, Jakkattu prisoner Sabaal suffers constant torture and heinous medical experiments as Mezna-priest captors seek to unlock the key to her genetic makeup. She escapes captivity but ends up alone on the hostile alien planet of Earth. If she is to survive, she must work with the same Mezna-human hybrids she's loathed her entire life.

When humans and Mezna collide, will Sabaal turn out to be the genetic vector the Mezna have been searching for all along, or will she spark the flame that sets a revolution ablaze?

P.K. Tyler is the author of Speculative Fiction and other Genre Bending novels. She's also published works as Pavarti K. Tyler and had projects appear on the USA TODAY Bestseller's List.

"Tyler is essentially the indie scene's Margaret Atwood; she incorporates sci-fi elements into her novels, which deal with topics such as spirituality, gender, sexuality and power dynamics." - IndieReader

Pav attended Smith College and graduated with a degree in Theatre. She lived in New York, where she worked as a Dramaturge, Assistant Director and Production Manager on productions both on and off-Broadway. Later, Pavarti went to work in the finance industry for several international law firms.

Now located in Baltimore Maryland, she lives with her husband, two daughters and two terrible dogs. When not penning science fiction books and other speculative fiction novels, she twists her mind by writing horror and erotica.

Kay Smillie
5.0 out of 5 stars A Whole New World
Reviewed in the United Kingdom on 22 November 2016
Verified Purchase
I loved Avendui 5ive, the prequel, and this book is a fantastic start to Tyler's new world in this series. A world in which slavery, torture of those different than themselves, poverty, exclusion of abnormal and disfigured beings, a strict unquestioning religion, lying to the people, and open hatred of other species are commonplace.

The comparisons between then and now, and then and the rise of the Nazis is amazing. The underlying themes too, eg climate change, and not speaking up and questioning things, are stark warnings for us today.

This is a REALLY well written book. The characters are very well fleshed out and believable. The main females are strong and do what needs to be done. There are a lot of characters, but it doesn't feel like it. Once you start this book, you are there, you are pulled in and kept there. There is no outside of this world.

Tyler's writing flows effortlessly, and the story is excellent. This is a flawless piece of work and I look forward to enjoying more.

Kelly Burns
5.0 out of 5 stars Could this be our future?
Reviewed in Canada on 6 February 2017
Verified Purchase
I just finished this book, and am diving head first into all P.K. Tylers works. The way she has created a world that makes you actually believe "this could be our future" and gives you characters that you want to know more about is absolutely amazing. I can't wait to delve further into her worlds!!
Read more
Report abuse

Diana in SC @AudiobookObsession
5.0 out of 5 stars Phenomenal, epic science fiction with real depth
Reviewed in the United States on 28 November 2016
Verified Purchase
I was very impressed by this novel. Its scope is really epic with different chapters telling the story from the third person perspective of about 5 different characters of multiple species on different parts of Earth, and we meet many more characters in this dystopic future world. As the novel stats, the Mezna aliens have been ruling Earth and have pulled the wool over most humans' eyes telling them that they are benevolent goddesses. Now people from disparate backgrounds are figuring out what is going on and how to save the peoples conquered by the Mezna.
This novel is suitable for both teens and adults. In fact, several of the principle characters are in their upper teens, but this book is so much higher quality science fiction then the ridiculous but popular drivel that is called teen sci-fi nowadays. This future world is complex with multiple cultures. I love how PK Tyler has written the humans on the reservations talking in a different dialect from the hybrids and the Sabaal character. The author deftly introduces us to each person and their situation and slowly gives us a bigger picture of what is happening in this polluted future earth.
This wonderful epic book really deserves to be a bestseller, and I really hope that a lot of teens read it. I am in my thirties and I am very picky about sci-fi books, mainly gravitating to the classic like Asimov, Heinlein, and Phillip K. Dick. "The Jakkattu Vector" has a lot of depth, so it may become a new classic. There are themes of identity, linguistics, prejudice, slavery, global warming, and stagnating culture. I recommend it for all sci-fi fans. Also, the characters are each unique and memorable. Occasionally a little bit of prose does not flow well, but that is not very common in the book.
Read more
4 people found this helpful
Report abuse

Felita Daniels
4.0 out of 5 stars Sci-Fi with social issues
Reviewed in the United States on 29 November 2016
Verified Purchase
This is a book you will want to sit down with so you can give it your undivided attention. I’m not saying that in a bad way, it’s just that it’s not fluff. You will miss a great deal if you are reading and dividing your attention watching a TV show, or cooking dinner or helping kids with homework.
I’m old enough that I remember how the old Star Trek episodes also address serious social issues such as prejudice, war, the environment, feminism and others. If you are a younger sci-fi fan you may have watched these as re-runs and not realized how ground breaking they were for their time when they were prime time episodes.
This book is like that. Sure, there are the typical sci fi elements such as aliens, genetics and scientific experimentation. If you like a good adventure, you will find that here. There’s also a good deal of thriller aspects to the book. There is a good solid plot to keep you entertained while your mind considers the bigger issues and themes.
There are two matters that may affect your enjoyment of this work. It is part of a larger story, so there is a bit of a cliffhanger. There is also a good deal of violence by way of torture scenes and some non-consensual acts. These things don’t bother some readers, but some have strong preferences about these factors and their satisfaction with a book.
Read more
4 people found this helpful
Report abuse

Sue H
3.0 out of 5 stars Interesting New Series
Reviewed in the United States on 26 November 2016
Verified Purchase
3.5 stars. If you are looking for a well written book, this is a good book to read. You can read this as a standalone book but it does end in a cliffhanger for the next book to be written in the series. There is violence and some sexual situations.

I wasn't sure what to expect when I started reading this book but was pleasantly surprised by what I read. The author has done a good job of creating a dystopian world full of aliens, different classes of humans, and technology (or lack of).The beginning moved slowly as the author described this world and characters in detail that you can visualize. I'm glad I stuck with it through the slow parts as the book was worth it.

Overall I really enjoyed reading this book and want to read more about these characters and world. Unfortunately, at this point there aren't any more books in the series written yet.
Read more
Report abuse
See all reviews
Report an issue
Does this item contain inappropriate content?
Report
Do you believe that this item violates a copyright?
Report
Does this item contain quality or formatting issues?
Report