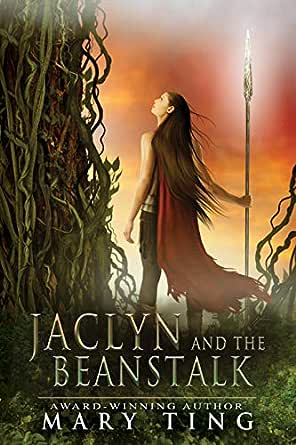 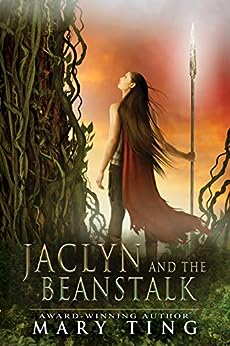 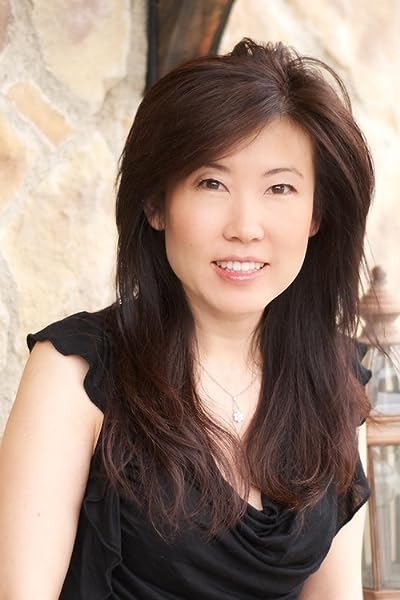 Jaclyn and the Beanstalk Kindle Edition

What fate awaits a girl who hears monsters at night …

Sixteen-year-old Jaclyn looks up to her father. An honest man who once fought for the king, he now teaches Jaclyn how to use her wits—and her sword. But he has a secret. And his secret may have a connection to the one thing Jaclyn is hiding from him.

Upon hearing "monsters" are terrorizing the small villages around Black Mountain, Jaclyn's father and his friends head out to hunt them … but they don't return. Armed only with her sword and three magic beans—a gift from a mysterious old woman—Jaclyn sets out for Black Mountain to save her father.

On her climb, one bean drops and grows into a beanstalk, catching her when she falls.

She isn't the only one that takes the ride. Jack, her childhood friend and secret crush, is following her.

Together, Jaclyn and Jack must battle to save not only their fathers, but the townspeople the beasts plan to lay waste to before it's too late.

Mary Ting is an international bestselling, multi-gold award winning author. Her books span a wide range of genres, and her storytelling talents have earned a devoted legion of fans, as well as garnered critical praise. She is a diverse voice who writes diverse characters, often dealing with a catastrophic world.

Becoming an author happened by chance. It was a way to grieve the death of her beloved grandmother, and inspired by a dream she had in high school. After realizing she wanted to become a full-time author, Mary retired from teaching after twenty years. She also had the privilege of touring with the Magic Johnson Foundation to promote literacy and her children's chapter book: No Bullies Allowed.

Jennifer H
4.0 out of 5 stars Ends with a real bang!
9 September 2018 - Published on Amazon.com
Verified Purchase
While this is a retelling of the Jack and the Beanstalk faerie tale, it’s much more than a boy who accidentally creates a giant beanstalk that takes him to a land of mystery and giants. Instead, it stars a 16 year old girl who has a loving mother and father. She has spent years training with her father on how to fight and use a sword.

When her father, along with a lot of other men from the closest village goes missing, ,Jaclyn takes off to find them. Her boy-hood friend, and first crush, Jack, follows her. I don’t want to give away too much, but there is a beanstalk that they climb up. There are bad guys in their way and a very happy ending.

The book was written for younger teens, but I think anyone who’s interested in this old fable will love the new look Mary Ting gave it.

This is a fun and adventurous read that everyone can enjoy, just the way I like them!

I give this book 4 stars out of 5, only because it had a slow start, but once it got going it didn’t stop! Go ahead, give it a try. 🙂

Cheree~For Love of Books4
5.0 out of 5 stars Amazing twist you will NEVER see coming!
4 September 2018 - Published on Amazon.com
Verified Purchase
Absolutely LOVE this book! What a fantastic twisted fairy tale, even the twist is jaw dropping original. A story unlike any I have ever read. Had me flying through the pages to find out what was going to happen next. Even with such a fantastic conclusion, I was sad to see it end. Great characters that you easily attach to and feel a connection with and root for.
Read more
5 people found this helpful

Cindy Fong
5.0 out of 5 stars A new twist on an old favorite!
4 September 2018 - Published on Amazon.com
Verified Purchase
This is a twist on a fairytale of old. Mary Ting's use of Jaclyn as a strong female is refreshing. Who says boys have to get all of the glory although Jaclyn's friend Jack does join along for the journey. This is an adventure read that will captivate, from hearing the voices of monsters, magic beans, zealots, and saving her family, can Jaclyn face all of her fears to triumph?
Read more
4 people found this helpful

Lynn Shaw
4.0 out of 5 stars Such a unique twist on the classic story.
5 September 2018 - Published on Amazon.com
Verified Purchase
I haven’t read a lot of Mary Ting’s work, but I was intrigued by the blurb for Jaclyn & the Beanstalk and had to check it out. This is NOT a Disney fairytale! Far from it! It is a much darker, twisted version. There is action, suspense, drama, death, and a budding romance. I was hooked from page one.

The author took a unique approach to the story by weaving in religion, magic, and monsters. I was whisked away to another land. Sixteen-year-old Jaclyn may be the strongest female lead I have read to date. I was blown away by her strength and tenacity.

I do have one small pet peeve with this story. I wish the author was more descriptive. While I was transported to another time, I felt that the author could have packed a bigger punch by painting a more complex and colorful world. As a reader it’s a personal preference of mine. For that reason, I gave the story 4 stars instead of 5. ​
Read more

Aurora
5.0 out of 5 stars Terrific Writer Well Crafted Strong Female Characters
14 September 2019 - Published on Amazon.com
Verified Purchase
I would like to preface this by saying I am not religious and still I enjoyed this book - it is a wonderful story with a strong female protagonist, lots of imagination, three dimensional characters and incredibly well written. The character of Jack is melt-worthy and I loved their relationship as well as her relationship with her father and mother. This book had a lot of heart, was a fast read and is a refreshing spin on an old tale!
Read more
Go to Amazon.com to see all 74 reviews 4.4 out of 5 stars
Get FREE delivery with Amazon Prime
Prime members enjoy FREE Delivery and exclusive access to movies, TV shows, music, Kindle e-books, Twitch Prime, and more.
> Get Started
Back to top
Get to Know Us
Make Money with Us
Let Us Help You
And don't forget:
© 1996-2020, Amazon.com, Inc. or its affiliates