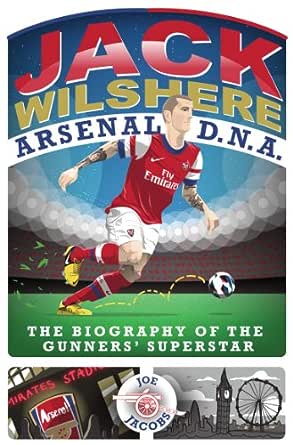 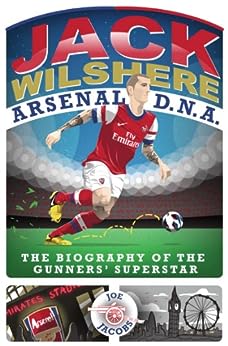 Born in Hitchin, Hertfordshire, in 1992, Jack Wilshere began his football career at Letchworth Garden City Eagles, where his drive, intelligence and competitiveness entered in to local legend. Spotted by Arsenal's chief scout Steve Rowley while playing for Luton Town youths in 2001, Jack was signed by the Gunners at the age of nine and immediately placed under the guidance of youth coach Roy Massey at Arsenal's Hale End Academy. Nine incredible years later, Jack was lining up for England, becoming one of the youngest ever players to pull on the famous three-lions jersey; he has since become an integral part of the England setup and his presence is key in the ongoing quest for World Cup glory in Brazil in 2014. From successive years as a captain of high-school football teams, through to becoming one of the first names in Arséne Wenger's Arsenal team-sheet, Jack Wilshere's story is the stuff of football dreams, and the emergence of such a talent is a testament to English football at both grass-root and professional levels.With the heart of Vieria, the skill of Brady, the courage of Adams, and the elegance of Bergkamp, Jack Wilshere - Arsenal D.N.A. is a tale of true grit and determination, and a story wholeheartedly intertwined with the history of Arsenal F.C. and the future of English football.

Joe Jacob is a freelance sports writer specializing in football. This is his first book.
click to open popover