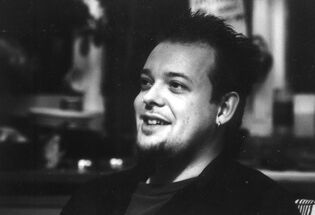 by Frazer Lee (Author)
3.6 out of 5 stars 5 ratings
See all formats and editions
Sorry, there was a problem loading this page. Try again.

A nightmare made real.On Christmas Eve, six year-old Tom McRae witnessed an unspeakable atrocity that left him orphaned, his childhood in tatters. Now in his mid-thirties, Tom still has terrifying nightmares of that night.When Tom is sent to the remote Scottish village of Douglass to negotiate a land grab for his employer, it seems like a golden opportunity for him to start over. But Tom can’t help feeling he’s been to Douglass before, and the terrible dreams from his childhood have begun to spill over into his waking life.As murderous events unfold and Tom’s feverish nightmares escalate, he will discover the hideous truth behind the villagers’ strange pagan ritual of The Jack in the Green.
Read more
Previous page
Next page

The new series from Matilda’s captain Sam Kerr
Discover the new books by Soccer superstar Sam Kerr. Perfect for sports lovers and readers aged 7 and up, the Kicking Goals series is out now. Buy now.
Start reading The Jack in the Green on your Kindle in under a minute.

Frazer Lee’s debut novel, The Lamplighters was a Bram Stoker Award® Finalist for ‘Superior Achievement in a First Novel’.

One of Frazer’s early short stories received a Geoffrey Ashe Prize from the Library of Avalon, Glastonbury. His short fiction has since appeared in numerous anthologies including the acclaimed ‘Read By Dawn’ series.

Frazer lectures in Creative Writing and Screenwriting at Brunel University London and Birkbeck, University of London. He resides with his family in leafy Buckinghamshire, England where (when he’s not getting lost in a forest) he is working on new fiction and film projects.

Mary Kersey
5.0 out of 5 stars Dark and exciting
Reviewed in the United Kingdom on 14 May 2016
Verified Purchase
dark and exciting story, I really enjoyed this one
Read more
2 people found this helpful
Report abuse

Kenneth A. McKinley
3.0 out of 5 stars A Yank in Pagan Land
Reviewed in the United States on 11 October 2016
Verified Purchase
Mild-mannered Tom McRae keeps having the same night terrors over and over. He keeps reliving that horrific morning when he was six and his parents were brutally murdered. His wife isn't able to provide any relief. She's trying to recover from her own nightmare of having a miscarriage and is in a semi-catatonic state from all of the meds she's on. Tom's boss sends him to Scotland to secure a large tract of land to be used in extracting biofuels. The small village of Douglass isn't too keen on the idea of someone coming in and hacking down all of their trees. They still cling to pagan rituals and celebrate their holidays, such as Samhain. On top of that, a group of hippy protestors also have a beef with the whole thing. Last, but certainly not least, Tom is stuck with his overbearing and obnoxious co-worker, Dieter along for the ride. Tom's nightmares begin to spill over into his time in Douglass when he's not sleeping and he begins to question his sanity. Is Douglass more than it appears or is Tom losing his mind?

Frazer Lee slowly unravels this tale with a sophisticated voice and a nice vocabulary. Tom seems like a sad sack that you can't quite put your finger on whats going on. This was turning out to be a solid 4-star read before it ground to a halt towards the end and then the "tie-it-all-together" ending felt too rushed to me. Almost as if the story ran out and there wasn't a better way to explain things, so lets just throw all our cards down and show you our hand. Or, I wonder if this story suffered from the dreaded editors knife in an attempt to keep it under so many words for the publisher. This dropped it down to a 3 1/2 stars for me. Other than that, Lee can write his ass off. I have no doubt I'll be reading much more from the Brit. Theres a reason he was nominated for a Bram Stoker Award. In The Jack in the Green, you can see why.

You can also follow my reviews at the following links: [...]
Read more
One person found this helpful
Report abuse

This... this is a mess. Subplots and characters that go nowhere, paper thin caricatures of characters, words used incorrectly and a third act plot twist that adds nothing to the story and makes zero sense.

I don't know if Mr. Lee was up against a deadline and just crapped this one out, but jeesh... talk about a sophomore slump.
Read more
One person found this helpful
Report abuse
See all reviews
Back to top
Get to Know Us
Make Money with Us
Let Us Help You
And don't forget:
© 1996-2021, Amazon.com, Inc. or its affiliates