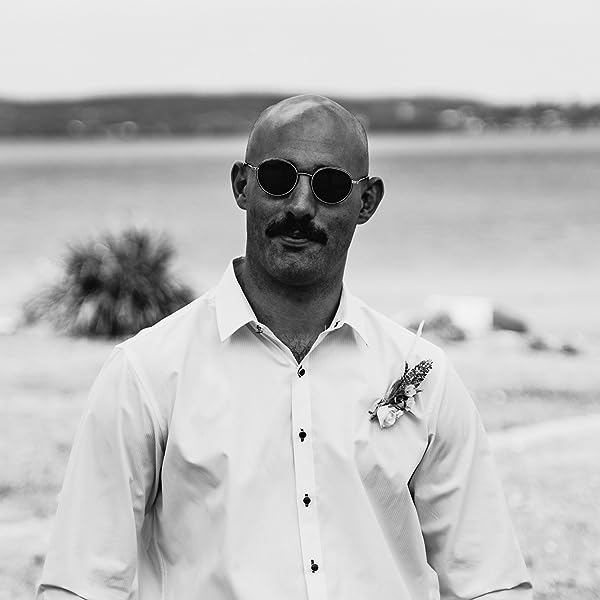 Jack Carroll: And the rise of Australian boxing Paperback – 6 May 2019

by Paul Cupitt (Author)
5.0 out of 5 stars 2 ratings
See all formats and editions
Sorry, there was a problem loading this page. Try again.

"These years of Australian boxing history and one of its greatest champions is vividly brought to life and one is engulfed to the degree of feeling you are part of his life and excitedly waiting to read of his next contest. It is a fascinating account of the development of a sport that was in its day one of the most followed, popular and supported sports in this country's history. The author is himself a professional boxer and as such he brings an understanding of the sport and an incite that exposes so many of the fascinating twists and turns of this golden era in boxing and indeed in Australia's sporting history.

"Australia's boxing history is amongst the richest in the world and Paul Cupitt's book is another celebration of that. Paul's research takes the reader back to a fascinating era of pugilism in this country and details a journey well worth discovering."

"Boxing historian Paul Cupitt's biography of Australian welterweight champion Jack Carroll 84-10-4 (39 KOs) captures the sights, sounds and remarkable record of one of the antipodes' greatest ever boxers. Carroll was one of the greatest drawcards in Australian boxing history, but his story has been largely untold - until now. One of the biggest names in boxing in his day, Carroll's sublime pugilistic skill and drawing power is vividly recreated in Cupitt's compelling biography."

"One of the best Australian Biography books of all time"

Paul Cupitt is an Australian boxing historian and a member of the International Boxing Research Organisation. Paul is a regular staff writer for the website The Grueling Truth and has 15 years experience in the sport of boxing as a boxer, trainer and an official. Paul can be contacted via email at thepaulcupitt@gmail.com or via his social media platforms on Facebook, Instagram and Twitter.
Tell the Publisher!
I’d like to read this book on Kindle