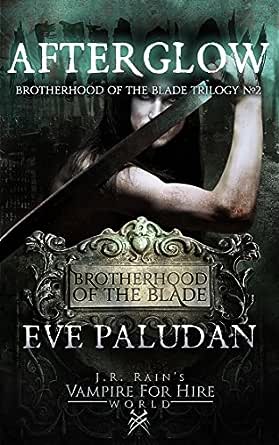 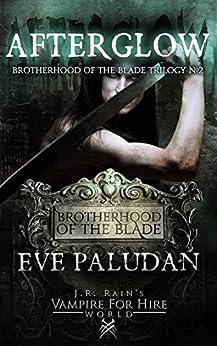 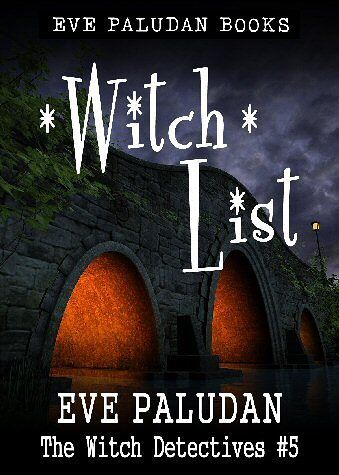 P. A. Elliott
4.0 out of 5 stars good novel
Reviewed in the United Kingdom on 18 November 2013
Verified Purchase
a very good novel, in the genre we read as a couple first one then the other. would recommend this to others.
Read more
Report abuse

bookworm
2.0 out of 5 stars Afterglow
Reviewed in the United Kingdom on 6 December 2013
Verified Purchase
Not too keen on this Trilogy. Just cant get in to this book at all. Disappointed in this book, doesn't grab my attention.
Read more
Report abuse

Island River Scribe
3.0 out of 5 stars Afterglow
Reviewed in the United States on 14 August 2013
Verified Purchase
This book picked up the story begun in Burning only minutes after that first book in the series ends. The novella length story then follows three plot lines, Gabby, Vlad and Rand's relationship with Ambra. Also, the search for Rand's daughter, Kristen, continues as an undercurrent to the three major events.

This book felt like the typical middle book in a trilogy - basically plodding along, ending a few things begun earlier, advancing some others, starting some things anew. And yes, there is a cliffhanger ending. Often the dialog, as well as Rand's internal monologues, felt stilted and unnatural. Also, the actual novella occupied only 80% of the actual download, according to the Kindle location counter. The remaining 20% was used by previews of two other books currently in publication by the author.

In summary, the first book in the trilogy was far better than this one and I sincerely hope the next, Radiance, will return to that level.
Read more
4 people found this helpful
Report abuse

Jcat
3.0 out of 5 stars Again, 20% of this short installment is excerpts from other books.
Reviewed in the United States on 20 February 2017
Verified Purchase
And if that isn't bad enough, this one ends right in the middle of an action scene with a Cliffhanger. This book, as well as the first one, lacks in both world building and character development. Which is a shame, because it does have some interesting characters (although I still haven't developed a connection with the main character).

The plot is rather simple so far. The action scenes aren't bad, but the romance is rather weak. I enjoy Paranormal books, but for some reason this series just isn't grabbing me. I am not invested in the story enough, so I'm not sure if I'll continue. For me, it was just "OK".
Read more
Report abuse

THB
4.0 out of 5 stars Not What I expected
Reviewed in the United States on 31 May 2013
Verified Purchase
I read the first book in this trilogy and I liked it okay. When I started reading the second book, it was all right. The Gabrielle story line was interesting and tragic. I wanted a different ending for her, but I could understand why the author took that route.

This book was mushier than I expected it to be. We watch Rand fall in love, hence the title "Afterglow." It was a little weird to me because he kept saying in the first book that his dead wife (who had JUST died) had been the love of his life and his soulmate. It seemed a little quick for him to fall in love, but this is just my viewpoint. There is also the fact that he is on a mission to save his kidnapped daughter. Seems like he would eat, sleep, and breathe that until he found her, not having the heart for anything else but training. But again, that's just me.

There was action in this book, but I was expecting more. They are vampire hunters, after all.

Some of the plot seemed a little too predictable and convenient. Like who he meets on the train and the little bit of help he gets fighting a ton of vampires.

Overall, it was an entertaining read, but I think it could have been more developed in some places and less developed in others. For me, there was too much romance for the type of book it's supposed to be.

I would give 3 and a half stars if I could, so four stars because while there were story lines that didn't seem plausible to me, there were also story lines that intrigued me and made me want to know what happened.
Read more
8 people found this helpful
Report abuse
See all reviews
Back to top
Get to Know Us
Make Money with Us
Let Us Help You
And don't forget:
© 1996-2021, Amazon.com, Inc. or its affiliates