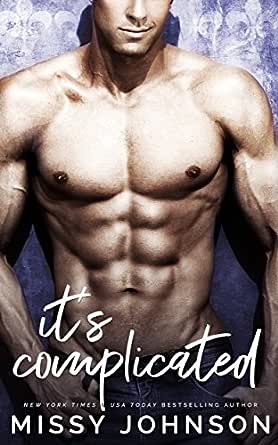 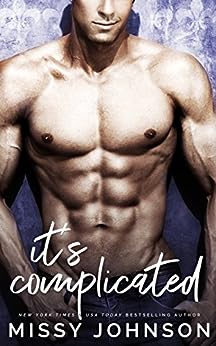 Iza Loves Books
TOP 1000 REVIEWER
4.0 out of 5 stars Enjoyable read
Reviewed in Australia on 12 February 2019
Verified Purchase
This was the first book I've read by this author. The blurbs for this series sucked me in. Got to love awkward relationships. Anna's the girl next door. Definitely awkward and a little clumsy. Nick's her older sexy neighbour whose wife passed away a few years ago, leaving him to raise their two kids. Word is going around town that Nick is, shall we say, well endowed. To the point where many women want to find out what all the fuss is about. When a chance flash from his window to hers one night gives her a glimpse to why he's the talk of the town, and her father pushes her to help out Nick in exchange for some tutoring since she's into architecture, things take a surprising turn and a relationship begins. The problem is, Anna's father doesn't know. He trusts Nick, his best friend, to look after his daughter, but not the way Nick is, that's for sure. Things are about to get explosive. Thoroughly enjoyed this book.
Read more
Helpful
Report abuse

LH
TOP 500 REVIEWER
5.0 out of 5 stars This was such a fun & steamy read.
Reviewed in Australia on 24 December 2018
Verified Purchase
I’ve listed 8 reasons why it’s complicated:
1. There’s a 15 year age gap between Nick & Anna
2. They’re neighbours
3. He’s a single dad to 2 kids (he’s a widower)
4. Nick & Anna’s dad are best mates
5. He’s packing some serious heat downstairs
6. Most of the school mums know about what he’s packing & are after him
7. Anna & Nick both know that Anna’s dad won’t be cool with this “relationship”
8. The whole town seems to be gossiping about his equipment
.

Shelley
TOP 50 REVIEWER
5.0 out of 5 stars Relationship status.....It’s Complicated!
Reviewed in Australia on 12 February 2018
Verified Purchase
I’ve never read anything by Missy before but after reading the blurb and reading a sample, I had to know more! Nick is a single dad of two kids, after his wife died two years earlier. He has just started getting back into the dating field but after a incident leaves a woman in the hospital and rumours floating around town about his ‘anaconda’ he’s not sure if he’s off to a good start. Anna lives next door to Nick, whom she has a crush on, and accidentally sees him naked from her bedroom window one night, after hearing the rumours. She continues to watch him until he catches her and she decides to be bold and turn the tables on him. Her dad is his best friend and he offers her help with the kids so Nick has more time to date, not realising that Anna and Nick are hot for each other!

Kindle Customer
5.0 out of 5 stars Loved it
Reviewed in Australia on 21 May 2018
Verified Purchase
It was a bit slow in the middle and kind of predictable but it's a nice easy read and the characters are definitely lovable and about to start reading book 2 😉
Read more
Helpful
Report abuse

Nick is a single dad with two kids and a lot more. I’d say he has a big secret, but since it’s the talk of the town it’s more of a big topic! He lives next to his best friend Dan and his daughter Anna who needs to know if the rumors are correct so of course, she can’t resist a peak. Their sexual references either misspoken or intentional had me laughing out loud. Anna’s not innocent in fact at times she quite bold, she’s also easily flustered which of course Nick and her friend Kayla have fun with. There’s a lot of sneaking around, close call as well as some tender moments.

This is my first book by Missy Johnson and I want to read more. I’m still smiling as I write this. I rarely reread books but I think I could reread this one and be just as entertained as I was the first time.

Nean
TOP 500 REVIEWER
5.0 out of 5 stars he’s her dad’s best friend, but he makes her feel things
Reviewed in Australia on 26 June 2018
Anna’s heard the rumours about Nick, but when she sees him through her bedroom window, she knows she shouldn’t watch, but she can’t help it, he’s her dad’s best friend, but he makes her feel things.
When her dad suggest that she helps Nick around the house and with his kids, Anna quickly agrees. The more he sees Anna, the more Nick tries to fight the chemistry they have, she’s he’s best friend’s daughter, but as much as he tries the chemistry wins, even though Anna is terrified with the rumours about Nick’s Anaconda, they can’t fight it, but decide to keep it to themselves.
With them not being able to keep their hands of each other, and it’s getting harder to keep what they have from her father, Nick decides on a trip away for Anna and his kids, only problem, Anna’s father invited himself and keeping things hidden got a lot harder.
Read more
Helpful
Report abuse

I liked the forbidden romance and it builds on that. I enjoyed this story. It was a bit predictable at times but there was a few twists in it as well. I enjoyed the character's in this book. I couldn't help but root for Nick and Anna. They had amazing chemistry between them. Anna's best friend Kayla was a hoot.

Terri T.
TOP 500 REVIEWER
4.0 out of 5 stars Good story !!
Reviewed in Australia on 5 July 2018
Book one in the awkward love series and I have read these books out of order so this is the third one of these books and my least favoutite so far. I did enjoy Anna and Nick's story although Nick was no where near alpha enough for me considering the genre of this story - best friends daughter, older man. Good story though and writing was great as always from Missy Johnson. Lots of fun to read, romantic with some really hot sex going on, with some tense moments thrown into the mix this book is well worth the read
Read more
Helpful
Report abuse
See all reviews

Terri T.
4.0 out of 5 stars Good story !!
Reviewed in the United Kingdom on 5 July 2018
Verified Purchase
Book one in the awkward love series and I have read these books out of order so this is the third one of these books and my least favoutite so far. I did enjoy Anna and Nick's story although Nick was no where near alpha enough for me considering the genre of this story - best friends daughter, older man. Good story though and writing was great as always from Missy Johnson. Lots of fun to read, romantic with some really hot sex going on, with some tense moments thrown into the mix this book is well worth the read
Read more
Report abuse

Naomi Smith (this_ginger_loves_books)
2.0 out of 5 stars Bit of a rush job.
Reviewed in the United Kingdom on 4 September 2018
Verified Purchase
I'm so disappointed in this book, I feel like it was so rushed,the relationship between the two main characters came out of nowhere, and honestly I couldn't feel the connection they were supposed to share. The story kept jumping from one thing to another with barely any fluidity at all. I have read one of missy Johnson's books before (out of reach) and I adored that! In fact it's still one of my favourite romance reads. I guess this just want the book for me.
Read more
Report abuse

lianne7382
5.0 out of 5 stars It’s complicated (awkward love book 1)
Reviewed in the United Kingdom on 4 April 2018
Verified Purchase
Wow o. lol loved it. So. Ugh sexual tension and emotion in this book. Loving the fact that he fell in love with his best friends daughter. Couldn’t put it down.
Read more
Report abuse

Nuala 📚
5.0 out of 5 stars Great read
Reviewed in the United Kingdom on 26 June 2018
Verified Purchase
Really enjoyed this book, the author definitly knows how to hit you in all the right emotional places. Looking forward to reading more from her.
Read more
Report abuse
See all reviews
Back to top
Get to Know Us
Make Money with Us
Let Us Help You
And don't forget:
© 1996-2021, Amazon.com, Inc. or its affiliates