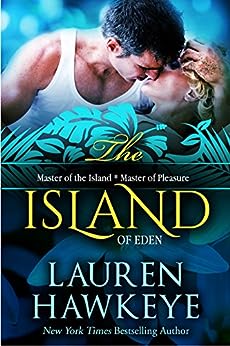 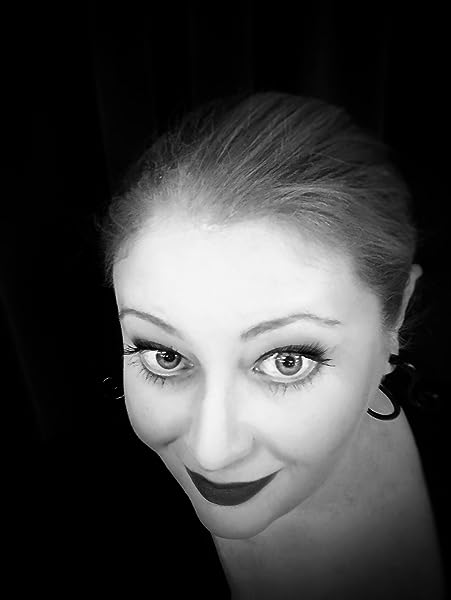 3.6 out of 5 stars
3.6 out of 5
27 global ratings
How are ratings calculated?
To calculate the overall star rating and percentage breakdown by star, we don’t use a simple average. Instead, our system considers things like how recent a review is and if the reviewer bought the item on Amazon. It also analyses reviews to verify trustworthiness.

Jamoz23
TOP 100 REVIEWER
3.0 out of 5 stars Great having these two stories together for easy reading.
Reviewed in Australia on 27 February 2016
Verified Purchase
An enjoyable story though I wasn’t keen on Noelle.
I had to read this book after getting the taster of Master of the Island in an anthology. Glad I did. We learnt about his disfigurement in this book.
Ten years have passed and Theo is known as the Master of the Island of Eden. It is accessible by private invitation only and Theo has overseen everything that goes on.
He is losing hope that his special mystery woman will ever turn up.
Unfortunately, Noelle, his special woman, is a reporter whose only interest is in proving herself to her father and everyone else, by getting a story about Theo and the Island of Eden. Not a fan of reporters ever.
Theo finally has his woman on his island but because she is not exactly what he has dreamed off, he acts like a real jerk at one point. Didn’t like that part at all.
Loved the magic of the island and how this story unfolds.
Would have love knowing what happens to Celeste, especially as she has gotten away with what she did for 10 Years.
Wish the author would clean up the formatting and errors.
Read more
Helpful
Report abuse

E.M Reders
3.0 out of 5 stars Good but not at the same time.
Reviewed in the United Kingdom on 23 February 2017
Verified Purchase
I love the story, the island, the man. What i did not love was the missing words, the majorly misspelled words. I have known about this series for a while and with the author involved with it I expected better of the first installment.
That being said i will check out the next book in the sorry at sometime, i just hope a good editor was involved.
Read more
Report abuse

michelle turner
5.0 out of 5 stars Great read if you love the invitation to eden series this is the one you've been waiting for
Reviewed in the United Kingdom on 11 June 2015
Verified Purchase
Love this story been waiting to read the master of the island of deems story since I read the box set and it didn't disappoint,thought Noelle was well suited to Theo and enjoyed the. Chemistry they shared, it's definitely a keeper.
Read more
Report abuse

Trish
3.0 out of 5 stars Not enough character build up
Reviewed in Canada on 2 November 2015
Verified Purchase
I was expecting a lot more for this novel. The so called magic on the island was explained too easily. The first part was good on how he started the island. The second part where he finally meets his love was too short. I wanted to more about the characters and of course more hot sex scenes. It ended very suddenly and flat.
Read more
Report abuse

Amberella
5.0 out of 5 stars Hot. Sensual, like warm water caressing your naked body.
Reviewed in Canada on 30 August 2016
Verified Purchase
If you like sensual dominance, real emotion and a bit of magic then this is a must read.
I thoroughly enjoyed every bit of it.
Thank you again for another tingling story. I love Eden.
Read more
Report abuse

MzAnn
3.0 out of 5 stars Meh...
Reviewed in the United States on 20 May 2020
Verified Purchase
I became interested in this series because of one of the Random Acts books... Random Acts of Fantasy. The members of the band Random Acts of Crazy get invitations to play at the resort on the Island of Eden. In that book, we hear about The Master and people keep saying "the island knows what you need," but there are no details...Who is "The Master"? How did "The Master" know who was dating whom? What in the world is going on? (And how can I wrangle an invite?)

All of that curiosity led me here.

I have to say that I enjoyed the story of how Thedosius Vardalos found the island... how the island itself seems to be a living, sentient entity. I don't know why, but I like that, even though Theo is "The Master," the island is really in control. I even like how the island takes care of Theo, providing whatever he wants and/or needs.

Theo and the island get 4.5 stars.

I couldn't stand Noelle Davis. She is a selfish, raging bitc#. She's something of a reporter for her father's news magazine, but instead of puff pieces, she wants to write real news. She's heard about the Island of Eden (even though I could've sworn in the Random Acts book they had to sign non-disclosure agreements) and she's somehow heard about Vardalos' sexual proclivities...so she's going to go there to get a story. There are a couple of problems: 1) She doesn't know exactly where the island is; 2) It's a private island; and 3) She wasn't invited. But none of that matters. She's going to get her story, do an expose, come hell or high water.

And that's why I spent the whole story wishing someone would push Noelle off of a cliff. That total disregard for people's privacy, the idea of getting a story with no thought to the possible collateral damage...that irritates me. And so Noelle irritated me throughout this story. She was unlikable and wasn't really redeemed in my eyes.

It's hard for me to like a book when I dislike a main character so much and don't care what happens to them.

Noelle gets a well-deserved 1 star. I'm not gonna actually do the math, so we'll just say this averages out to my 3-star rating.
Read more
Report abuse
See all reviews
Back to top
Get to Know Us
Make Money with Us
Let Us Help You
And don't forget:
© 1996-2021, Amazon.com, Inc. or its affiliates