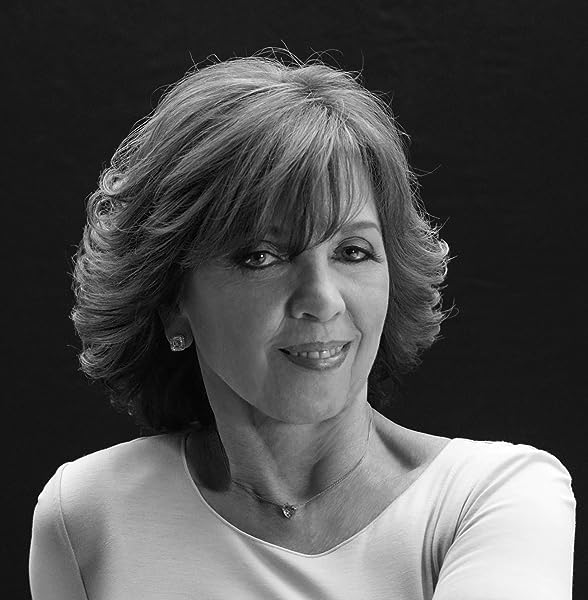 Page 1 of 1 Start overPage 1 of 1
Previous page
Next page
Start reading Island of Glass (Guardians Trilogy Book 3) on your Kindle in under a minute.

Nora Roberts is the #1 New York Times bestselling author of more than 200 novels. She is also the author of the bestselling In Death series written under the pen name J. D. Robb. There are more than 500 million copies of her books in print.

4.8 out of 5 stars
4.8 out of 5
3,086 global ratings
How are ratings calculated?
To calculate the overall star rating and percentage breakdown by star, we don’t use a simple average. Instead, our system considers things like how recent a review is and if the reviewer bought the item on Amazon. It also analyses reviews to verify trustworthiness.

Kindle Customer
5.0 out of 5 stars Fantastic ending of the trilogy best ever trilogy of Nora's yet absolutely loved it
Reviewed in Australia on 25 December 2016
Verified Purchase
Just loved this series. Such a beautiful ending to the trilogy. Brought tears to my eyes. This is definitely one of Nora's best trilogy series ever absolutely loved it. Although we had to wait a time for each book it was easy to follow on and get into each book unable to put it down each time. Fantastic put joy in my heart.
Read more
Helpful
Report abuse

Polly pj
5.0 out of 5 stars Breathtaking finale
Reviewed in Australia on 11 December 2016
Verified Purchase
WOW! Just WOW! Literally just finished the last book in this trilogy and am buzzing with excitement! Have read and loved everything the amazing Ms. Roberts has ever written but this just blew me away. Felt like I was right there beside our heroes every magical moment . This raises the bar so high I'm almost afraid to read her next book! Worth the wait to finish the series. I worship at your alter once again Queen Nora! A breathtaking read . Thank you, Thank you, Thank you 🙌
Read more
Helpful
Report abuse

Kindle Customer
5.0 out of 5 stars Great trilogy
Reviewed in Australia on 1 March 2017
Verified Purchase
Loved this book 3rd in the trilogy, lots of happy feelings sad times, Nora Isa fabulous story teller and I do really enjoy getting immersed into her adventures on paper
Read more
Helpful
Report abuse

Chris Radge
5.0 out of 5 stars One of my fav Authors and this story does not disapoint
Reviewed in Australia on 14 October 2019
Verified Purchase
Love this story
Read more
Helpful
Report abuse

Amazon Customer
5.0 out of 5 stars Love Nora Roberts
Reviewed in Australia on 19 December 2016
Verified Purchase
I Love reading Nora Roberts books... she is amazing... I would recommend it to all my friends and family.... I simply like her all novels...
Read more
Helpful
Report abuse

Sheeshee06/sslovesbooks
5.0 out of 5 stars Paranormal romance trilogy - my favourite one
Reviewed in the United Kingdom on 6 May 2020
Verified Purchase
This was my favourite of the 3 books set in Ireland as the 6 guardians seek to find the last star. Again alongside the search for victory is the romance between my 2 favourite characters of the six. Both highly skilled and fiercely independent I loved them both and from the beginning of the series I willed them to become an item and to accept each other for who they are. Fantastic read and would give it 6 stars. Well done Nora - paranormal romance is not something I like.
Read more
Report abuse

Amazon Customer
3.0 out of 5 stars Let down by lack of research
Reviewed in the United Kingdom on 31 October 2019
Verified Purchase
I have read loads of Nora Roberts' books and used to love them, but every time she sets one in Ireland, or with an Irish character I have the same irritation with it and it's so easily remedied. She refuses to research Irish peoples names and instead insists on using american names or on the occasion she does use an Irish name it's out of context and wrong. In this book Doyle's surname was "Mac" a Scottish surname. Doyle is a surname in itself though- American people use it as a first name but not in Ireland and definitely not in 16th century Ireland! Also Bran? Another American name for an Irishman? Its insulting to refuse to spend a little bit of time learning some names from a country that's shoehorned into so many books. I think my journey with this writer has ended here.
Read more
Report abuse

Jm Hc Gray
5.0 out of 5 stars Fabulous read
Reviewed in the United Kingdom on 23 December 2016
Verified Purchase
As expected a thrilling final part of the trilogy. I am finding it hard to put down, even though I skipped to the end to make sure the good guys won. Another fabulous story from Nora Roberts. I can thoroughly recommend the whole trilogy.
Read more
2 people found this helpful
Report abuse

Mary-Ann Hammersley
5.0 out of 5 stars Island Of Glass Guardians trilogy
Reviewed in the United Kingdom on 29 December 2016
Verified Purchase
Just loved this,trilogy . As always mystery magical and believable !
Loved the way Nora,Roberts can conjure up a novel and make it feel so real right down to physical and spiritual pain. A happy ending as always
Read more
One person found this helpful
Report abuse

The cat who reads
3.0 out of 5 stars Let down again
Reviewed in the United Kingdom on 1 February 2017
Verified Purchase
I love nora roberts but as always the third book of her trilogy is always a bit of a let down and this is no exception. Great story but the final few chapters were just stuffed in. I sometimes wonder if Ms Roberts gets bored after so long with one set of characters. I think this will be my last trilogy. I will stick to stand alone books from now on
Read more
One person found this helpful
Report abuse
See all reviews
Back to top
Get to Know Us
Make Money with Us
Let Us Help You
And don't forget:
© 1996-2021, Amazon.com, Inc. or its affiliates