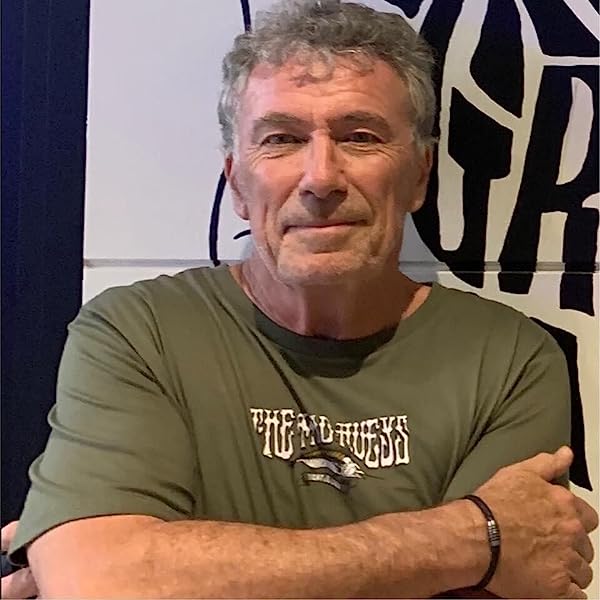 by Colin Falconer (Author)
4.1 out of 5 stars 699 ratings
See all formats and editions
Sorry, there was a problem loading this page. Try again.

She was taught to obey. Now she has learned to rebel.

When Princess Isabella is offered as bride to King Edward of England, for her it’s love at first sight. But her dashing husband has a secret, one that threatens to tear their marriage―and England―apart. As Isabella navigates the deadly maelstrom of Edward’s court, her cleverness and grace allow her to subvert Edward’s ill-advised plans and gain influence. But soon the young queen is faced with an impossible choice, taking a breathtaking gamble that will forever change the course of history.

In the tradition of Philippa Gregory and Elizabeth Chadwick, Isabella is the story of a queen who took control of her destiny―and the throne.

Colin Falconer has written over twenty novels, mainly historical fiction and crime. His work is enjoyed by a wide audience and has so far been translated into twenty-three languages. Though his roots are in his native London, he now lives in Australia.

Start reading Isabella: Braveheart of France on your Kindle in under a minute.

Born in London, Colin started out in advertising, then became a freelance journalist. Later he gravitated to radio and television, and started writing novels.

He has published seventeen novels so far, and been lucky enough to have them translated into 24 languages. Real ones too, not just Esperanto and cockney rhyming slang.

He’s best known for historical adventure fiction – stories on an epic scale. His bestselling books include ‘Silk Road’, ‘Feathered Serpent’, ‘When We Were Gods’ and ‘Harem’. His latest epic release is ‘Lord of the Atlas’.

4.1 out of 5 stars
4.1 out of 5
699 global ratings
How are ratings calculated?
To calculate the overall star rating and percentage breakdown by star, we don’t use a simple average. Instead, our system considers things like how recent a review is and if the reviewer bought the item on Amazon. It also analyses reviews to verify trustworthiness.

Amazon Customer
4.0 out of 5 stars Really enjoyable book!
Reviewed in the United Kingdom on 11 March 2017
Verified Purchase
Really enjoyable book! I thought the main character was compelling and well-balanced (not one of those unnaturally perfect and/or jarringly "modern" heroines). Definitely worth a read if you are a fan of the occasional historical novel- I can't speak for serious history aficionados though.
Read more
4 people found this helpful
Report abuse

R. MORTIMER
5.0 out of 5 stars Excellent, just excellent
Reviewed in the United Kingdom on 10 January 2021
Verified Purchase
I’ve read a few of Colin Falconer’s books but this is my favourite to date, possibly because the family name gets such an airing. Seeing the whole of the Isabella/Edward/Mortimer saga from the queen’s perspective and with little focus on the battles, executions and murders of the era is a welcome change. Only one thing marred the tale and that’s the American/Australian spellings used for the likes of colour and valour. This is a British/French story told by a British-born writer, the language should be British too. :)
Read more
2 people found this helpful
Report abuse

chipsteadbookworm
4.0 out of 5 stars An enjoyable and interesting historical read
Reviewed in the United Kingdom on 5 June 2016
Verified Purchase
I found Isabella Braveheart of France a really enjoyable read. It was factual, but not in a boring sense, with enough fiction to make it interesting without detracting from the historical value of the book.
I loved the way Isabella grew as the book progressed and, to me, she seemed a very believable person. She managed to push the boundaries of the traditional role of a woman of her time and cleverly, if only for the fact that she was queen, manipulate the men around her in order to survive in the cut throat world in which she lived.
I have read that she was sometimes referred to as a 'she wolf' but from this book I think you see a woman who is only doing what any intelligent woman would do in her situation, she is quite inspiring.
This may not be quite as glossy as a Philippa Gregory novel but I found it refreshingly entertaining, historically interesting and would definitely recommend it.
Read more
2 people found this helpful
Report abuse

Loobylou
2.0 out of 5 stars Disappointing
Reviewed in the United Kingdom on 25 August 2017
Verified Purchase
Whilst this tells of a relatively unexplored period of English history (from a literary perspective) and could have been exciting I found myself waiting for the plot to develop. Unfortunately, even the murder of the king's favourite failed to grip me as I was expecting it to. I found myself reading this book as a disinterested observer, watching a young girl grow into a woman amidst 14th century cultural values. With hindsight a few more better-described secondary characters could have helped the story come alive. I admit to struggling to finish it.
Read more
3 people found this helpful
Report abuse