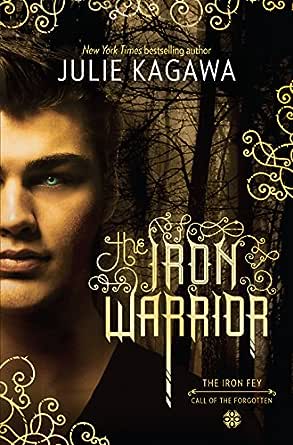 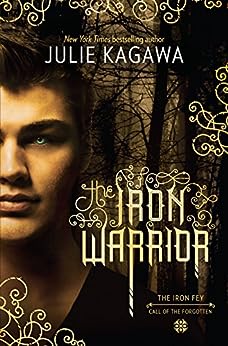 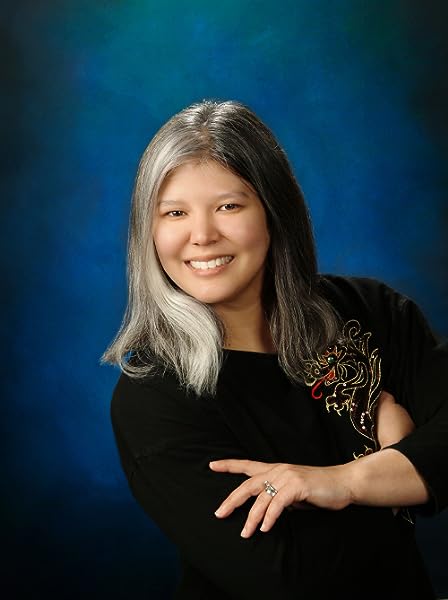 Born in Sacramento, CA, Julie Kagawa moved to Hawaii at the age of nine. There she learned many things; how to bodyboard, that teachers scream when you put centipedes in their desks, and that writing stories in math class is a great way to kill time. Her teachers were glad to see her graduate.

Julie now lives is Louisville, KY with her husband and furkids. She is the international and NYT bestselling author of The Iron Fey series. Visit her at juliekagawa.com. --This text refers to an out of print or unavailable edition of this title.

4.8 out of 5 stars
4.8 out of 5
222 global ratings
How are ratings calculated?
To calculate the overall star rating and percentage breakdown by star, we don’t use a simple average. Instead, our system considers things like how recent a review is and if the reviewer bought the item on Amazon. It also analyses reviews to verify trustworthiness.

NicoleHasRead...
5.0 out of 5 stars A fitting end to a favourite series
Reviewed in Australia on 23 December 2015
Verified Purchase
This epic series comes to a close beautifully in The Iron Warrior. All of our favourites make an appearance as the courts come together to fight the forgotten and play out the prophecy.

Keirran will unite the courts or destroy them. Meghan will have to choose between her kingdom and her son. Ash and Puck will fight together once more. The fate of the Nevernever rests on them all, and they're not going down without a fight.

nursenellie
5.0 out of 5 stars a world i want to live in
Reviewed in Australia on 2 December 2015
Verified Purchase
Another magical escape to the never never by Julie Kagawa. An absolute favourite series
Read more
Helpful
Comment Report abuse

Cathie Stephens
5.0 out of 5 stars Five Stars
Reviewed in Australia on 18 April 2016
Verified Purchase
A brilliant series ..... once I started reading Book 1 I just couldn't put any of the books down
Read more
Helpful
Comment Report abuse

Shelleyrae
TOP 1000 REVIEWER
4.0 out of 5 stars Satisfying ending
Reviewed in Australia on 24 December 2015
The third and final installment in the Call of the Forgotten Trilogy, The Iron Warrior reveals not only Ethan's fate (after the cliffhanger ending in The Iron Traitor), but also the fate of NeverNever as it is called to war.

Drama and action abound as the Iron Prince (the errant son of Meghan and Ash) declares war against the Fae as the champion of The Forgotten, threatening not only to tear apart the NeverNever but also the human world. Ethan, with the help of Kenzie and many of the Iron Fey series beloved characters including Puck and Grimalkin, is determined not only to save faery but also his nephew. The quest sees our heroes travel through perilous regions of the Nevernever, the Between and the Dark Wyld, culminating is a heart-stopping showdown.

Though I have to confess I felt the overall resolution of this specific trilogy plot was a bit lacklustre, The Iron Warrior is a satisfying ending to the Iron Fey series and I'm looking forward to Kagawa's next work.

Lynn Worton
5.0 out of 5 stars A Fantastic Conclusion!
Reviewed in the United Kingdom on 19 June 2016
Verified Purchase
This is the third book in The Forgotten Trilogy but the seventh book in the Iron Fey series. I loved it!

Ethan Chase is a fantastic character. I really liked him when I first met him as a frightened four year old when he was kidnapped by The Iron King and taken into Faery in the first book of the series. Now he's seventeen and he's grown up into a wonderful young man. Brought back to life after dying at the hands of his nephew, Ethan finds himself on another dangerous mission. This time, there may be no turning back. But can he stop his nephew from bringing down the veil between the worlds forever?

The story continues from the shocking end of The Iron Traitor. I enjoyed meeting all of the previous characters again: Grimalkin, Puck, Meghan, Ash, Leanansidhe, Razor and Kenzie amongst others, as well as the Thin Man, who has a larger role in this tale and is not as bad/creepy as I'd originally thought.

This story is again full of action, adventure, danger and romance. There are a few twists that I didn't see coming and a couple of shocks too. I love the witty dialogue between the characters and the vivid storytelling brought this book to life. I could picture the scenes in my minds eye with ease. In fact, I didn't feel like I was reading at all but watching a movie. As the story unfolded I found myself on a roller coaster ride of emotion and had tears streaming down my face on more than one occasion, as well as sitting on the edge of my seat at others. Ethan' s character has grown a lot. He has become more tolerant of the Fey and less fearful of them. However, Keirran has also grown somewhat in the course of the tale. He has made some huge mistakes, but I still feel that he has a lot to learn. Hopefully his family will help him as he deals with his new responsibilities as The Forgotten King.

It's rare these days to come across a series that grips a reader as much as this one gripped me (or so I have found). I shall miss these characters as they have become my friends. I reached the end of the book with bittersweet feelings; sad that the story (and series) was over, but happy that it ended on an upbeat note. I intend to visit this world as often as I can.

Julie Kagawa has written a fantastic Young Adult series. I love her writing style, which is fast paced and exciting. The flow was also wonderful, as each scene moved effortlessly into the next. She has found a firm fan in me and I will definitely be reading more of her books in the future.

Although there is one scene of a sensual nature, it is not explicit. There are, however, scenes that are violent or a little gory. Therefore, I do not recommend this to readers under 15. Nevertheless, I highly recommend this book if you love YA fantasy or paranormal romances. - Lynn Worton

Victoria Pamela
5.0 out of 5 stars Loved!!
Reviewed in the United Kingdom on 14 June 2016
Verified Purchase
I absolutely adored this whole series and it was one of my very first dips into the supernatural and one of the many world's of fey.

The story continues on without any pause and you jump right back in. I missed being in the Nevernever and with the many amazing characters that Julie has created. This book focuses again on Ethan Chase and his intertwined story with his nephew Kierran. I could go into detail and gush about everything but I really don't want to spoil it for everyone who hasn't yet read The Iron Warrior.

The story is captivating, action packed and full of highs and lows for each character involved. Old familiar faces that we have come to love and hate throughout the series are threaded throughout this story and you will love each of them popping in. I can't go any further without mentioning Razor! I bloody love that little gremlin and want one for my own!

The continuation and conclusion of this story is epic! It would have been hard not to love all that was going on, even the darkest parts of the story. It was a very enjoyable read and I may even go back and read them all again!
Read more
One person found this helpful
Report abuse

Amazon Customer
2.0 out of 5 stars Quality issues but not the fault of seller
Reviewed in the United Kingdom on 20 June 2020
Verified Purchase
Enjoy the series but this book is questionable in its style. Deckled edges do not in my opinion add aesthetic quality to a book. The paper feels cheap and nasty. All other books in the series were lovely perfection then this came along. Can say it arrived very quickly and well packaged though.
Read more

Tales of a Librarian
4.0 out of 5 stars An apt ending
Reviewed in the United Kingdom on 8 February 2016
Verified Purchase
I have read all of the Iron Fey series and while I have more of a soft spot for Meghan, Ash and Puck, I've really enjoyed this latter trilogy as well. I've seen reviews where people are flinging toys out of prams or weeping or yodelling with joy over this series. It has never held the same amount of emotional investment for me. So I can say quite objectively that I think this is a satisfying and apt conclusion to the series. While I do get annoyed with the 'you're-dead-but-wait-no-you're-not-really' card being played more than once, these books are pure indulgent entertainment and I think Kagawa has done a great job. They definitely make it on to the reread list.
Read more
Report abuse

Jen
5.0 out of 5 stars A great series,
Reviewed in the United Kingdom on 16 September 2020
Verified Purchase
Brilliant series, took me a while but enjoyed it and looking forward to starting the next trilogy the iron raven
Read more
Report abuse
See all reviews
Get FREE delivery with Amazon Prime
Prime members enjoy FREE Delivery and exclusive access to movies, TV shows, music, Kindle e-books, Twitch Prime, and more.
> Get Started
Back to top
Get to Know Us
Make Money with Us
Let Us Help You
And don't forget:
© 1996-2020, Amazon.com, Inc. or its affiliates