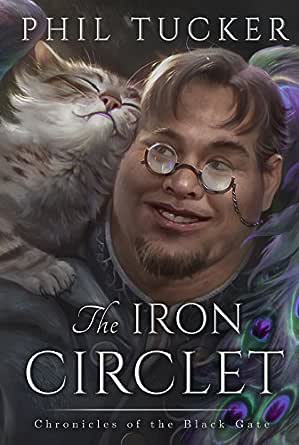 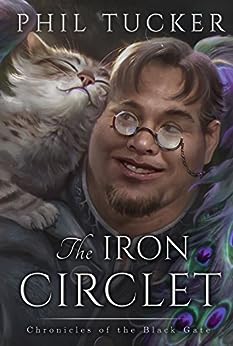 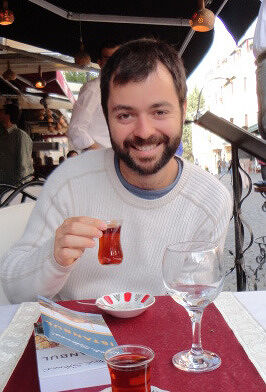 4.7 out of 5 stars
4.7 out of 5
86 global ratings
How are ratings calculated?
To calculate the overall star rating and percentage breakdown by star, we don’t use a simple average. Instead, our system considers things like how recent a review is and if the reviewer bought the item on Amazon. It also analyses reviews to verify trustworthiness.

Lazy Dai
TOP 500 REVIEWER
5.0 out of 5 stars Phil Tucker does it again
Reviewed in Australia on 17 December 2018
Verified Purchase
Another great episode in the ‘Chronicles of the Black Gate’. Phil Tucker has successfully maintained the momentum of the series in previous books and this one is no exception. It’s hard to review without giving away plot-spoilers (which I only do if books are bad) so let’s just say that if you’ve read the previous books in the series you won’t be disappointed – and if you haven’t, don’t start here, get the rest of the series.
The next and final book is high on my list – with all the twists and turns which have happened in this one I have really no idea how the series is going to pan out. This is a high recommendation in itself in a time when many such series start getting formulaic and predictable after the first couple of books. Phil Tucker is an author I’ll be putting up there with the likes of Mark Lawrence when it comes to new reading.

Scott Osmond
TOP 50 REVIEWER
5.0 out of 5 stars Eagerly Awaiting Book 5
Reviewed in Australia on 18 May 2017
Verified Purchase
This has been a fascinating and enjoyable series from the first. This entry doesn't disappoint. The level of action is stepped up with plenty of battles as well as one on one fights. History is revealed giving us insights as to the motivations of various factions. The ending of this book was unexpected and sets the stage for even more epic storytelling. The Audsley subplot was particularly interesting, no spoilers sorry.
Read more
Helpful
Comment Report abuse

Dawn Morrison
5.0 out of 5 stars an enjoyable, difference
Reviewed in Australia on 8 May 2017
Verified Purchase
I have enjoyed this series so far. It is well written, exciting, dare I say mind boggling. The idea behind all the Portals is brilliant. I am not usually given to writing resumes about books but this one is worth reading, right from Book 1. I don't know whether to barrack for the Kragh, particularly their leader Tharok, or for the Virtues and Asho. The Ascendant might be coming into his own now so I can hardly wait.
Read more
Helpful
Comment Report abuse

Book Fan
5.0 out of 5 stars Amazing!
Reviewed in Australia on 19 April 2017
The Chronicles of the Black Gate is my favorite Epic Fantasy series of the moment, and The Iron Circlet does not disappoint. The world is delightfully original. The characters are developing plausibly, yet occasionally in surprising ways. Epic battles, heroic quests, lots of action, a world with a unique and intriguing magic system, and immersive writing and storyline - they are all here. I can't wait for the next book!
Read more
Helpful
Comment Report abuse
See all reviews

L Gilson
5.0 out of 5 stars The Iron circlet (black gate 4)
Reviewed in the United Kingdom on 11 May 2019
Verified Purchase
Exciting, complicated, confusing, allies and enemies from unexpected characters, magic, destructive demons and ascendants, surprising heroes with a touch of romance sometimes a bit twisted. Mind boggling in places, hard to keep track with some events intriguing developments but couldn't put the book down. Great series which seems to get better with each book
Read more
One person found this helpful
Report abuse

Kindle Customer
5.0 out of 5 stars Amazing
Reviewed in the United States on 22 April 2017
Verified Purchase
Phil Tucker's ability to captivate his readers is astonishing. Every single book in this series is a well-crafted joyride. The setting is unique, the morals are grey, and the characters are realistic. I can relate to every POV character in some way or another, and they all behave like flawed beings. This guy has serious talent in crafting a world and creating believable characters. As far as I know he is an independent author, and maybe that works out well for him, but I think it's a damn shame he hasn't had more publicity. I will support this guy for as long as he makes books, because the Black Gate series has its talons imbedded in me.
Read more
5 people found this helpful
Report abuse

Kevin Potter
4.0 out of 5 stars Just when you thought the story couldn't get any better!
Reviewed in the United States on 23 April 2019
Verified Purchase
Lo and behold, another powerful story that completely flips everything we thought we knew on its head!

As always, Noah Michael Levine gave a fantastic performance and only those pesky, odd pronunciations prevents it from being a 5-star performance.

I can honestly say there were so many times in this book that I thought I knew what was going on, and every damn time my expectations ended up getting thrown right out the window!

I love the way some characters are coming together, as well as seeing the promises of others doing so. I love the way the various reveals are timed and how things end up coming together! Just when you think a character has given all they have, a new way is presented for them to give just a bit more and still be the hero of the day.

I still love Ferrick the most, and though he's grown on me quite a lot, I'm a bit annoyed with Audsley just now. He can be so naive sometimes!

Now, as with previous installments, I'm really frustrated that I can't give it the 5 stars the story deserves. It really is an incredible story. I just can't overlook the grammar problems, which really haven't improved since the first book.

I do find myself wishing there'd been a bit more preamble, a bit more lead-in to the ending. While there is plenty of that in regards to the major conflict (humans vs orcs/craw. And no, I'm not oblivious to the many parallels between these books and the back story to the Warcraft video games), the background one that ends up taking center stage could use a bit more.

Don't get me wrong, there is plenty of progression and foreshadowing for what ends up happening, it's just that I would have liked to spend just a little more time leading up to it.

As to the ending itself, as always, I really couldn't ask for much more. There is Tucker's trademark escalation of climaxes as we make our way to the final ending, and it's accompanied by several awesome reveals, some crazy twists, and a number of incredible moments, both in terms of plot and character.

We're once again left with a cliffhanger ending that has me on the edge of my seat and I'm thankful I already have the next (and final) book ready to go so I can dive right in and march my way on inexorably to the conclusion of this epic series.

E.Y.E.-D
5.0 out of 5 stars Awesome installment in a great series
Reviewed in the United States on 14 September 2017
Verified Purchase
I am thoroughly enjoying this series and I can not wait for book five to com out next month.

This installment was definitely exciting. So much happened, some expected and some things went in a completely different direction than I was expecting and I enjoyed it all.

For the most part I am still liking the characters. Tiron dropped a few spots for me as far as how interested I was in his story until the end. Kethe is still my favorite to read about with Asho in a close second. I am very much looking forward to seeing how their relationship will change when they fully learn about their powers. Tharok's story has become even better as well. I am curious to see how he handles the change in his role.

I have been recommending this series to everyone I know that reads. Everyone that has picked it up is enjoying the series so far as well.

The only down side to the series is it definitely needs better proof reading before being printed. But that is a very minor issue. It does not take away from my overall enjoyment just thought it worth mentioning.

But if you love fantastic worlds full of incredible characters then I would highly recommend you pick this series up and get started.
Read more
Report abuse

Amazon Customer
4.0 out of 5 stars Keeps your interest in the series
Reviewed in the United States on 29 April 2017
Verified Purchase
If you read the previous three books, definitely keep reading.

Great world building and interesting characters. In case the author himself is reading this review, I thought I'd point some things out:
- I can't believe that Kethe & Asho have ignored their bond in the previous books and continue to do so even in this book. Even if Kethe thinks "I'm Makaria now, so my connection with Asho doesn't matter", it is stupid, and Asho has no such reason.
- Even if everything that the Magister of Perfection tells Audsley about the world makes sense, he is too naive to believe that he's not being lied to. In fact, Audsley, through his discoveries and experiences (Starkaddr, his demons, Asho & Kethe, etc.), knows the most about how things work. Therefore, he has every reason to suspect that the orthodox history of Ascendancy is a cover up. He shouldn't be shocked at all.
- Adelbert ex Machina.
- Tiron's story in the mountains is well done. Very eerie.
Read more
One person found this helpful
Report abuse
See all reviews
Get FREE delivery with Amazon Prime
Prime members enjoy FREE Delivery and exclusive access to movies, TV shows, music, Kindle e-books, Twitch Prime, and more.
> Get Started
Back to top
Get to Know Us
Make Money with Us
Let Us Help You
And don't forget:
© 1996-2020, Amazon.com, Inc. or its affiliates