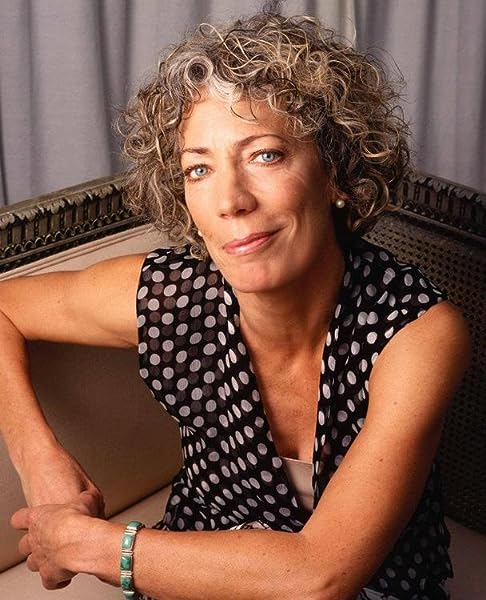 by Rosie Thomas (Author)
4.5 out of 5 stars 421 ratings
See all formats and editions
Sorry, there was a problem loading this page. Try again.
Read more Read less

Page 1 of 1 Start overPage 1 of 1
Previous page
Next page
Start reading Iris and Ruby on your Kindle in under a minute.

The pairing of these two women, at opposite life stages, shows how the generations can heal one another while discovering more about themselves...Lovely to read.

Rosie Thomas is the author of numerous critically acclaimed, bestselling novels, and has twice won the Romantic Novel of the Year Award. Born in a small village in northern Wales, Thomas discovered a love of traveling and mountaineering when her children were grown. In the years since, she has climbed in the Alps and the Himalayas, competed in the Peking to Paris car rally, and trekked in the footsteps of Shackleton on South Georgia Island.

4.5 out of 5 stars
4.5 out of 5
421 global ratings
How are ratings calculated?
To calculate the overall star rating and percentage breakdown by star, we don’t use a simple average. Instead, our system considers things like how recent a review is and if the reviewer bought the item on Amazon. It also analyses reviews to verify trustworthiness.

Miss Shezza
5.0 out of 5 stars Gripping, exotic and deliciously beautiful
Reviewed in Australia on 21 September 2020
Verified Purchase
This is possibly the most beautiful book that I have ever read, I can't explain why - it's story line is simple and isn't fancy in its telling or wording, it's purely and simply a tale of love and innocence past, present and heading to the future, very satisfying!
Read more
Helpful
Report abuse

Amazon Customer
5.0 out of 5 stars Surprised me
Reviewed in Australia on 6 June 2017
Verified Purchase
The Kashmir Shawl remains my preferred. However, I think now I will read more of Rosie Thomas. As a 60 year old bloke I never imagined I would enjoy this style so much
Read more
Helpful
Report abuse

Jean Seifert
5.0 out of 5 stars Memories are like decoupage
Reviewed in Australia on 12 April 2018
This is an Historical novel being partly written in Egypt during WW2 [1941] with all the passions of young men & women struggling to survive in unnatural surroundings and living life to its full, knowing death could be imminent. Amazing descriptions on exotic Cairo delighting the senses with the smells, fabrics and colours of that vibrate city in its early days. Iris has a passionate love affair with Xan, neither able to disclose their secret missions and survive only with their occasional meetings with no thought for the future..
Present day Iris is 82y and age is slowly taking her vibrancy away both physically and mental - but the past decoupage of her life gives her endless pleasure. Ruby her granddaughter turns up unexpectedly in Egypt and the contrast between a young rebel, angry & immature, stirs up her life causing major drama's including her memories of betrayal to her own daughter in England.
This book is a study of the heart with all its infidelity, dying, forgiveness, and belonging and would suit mothers and daughters of all ages..
Read more
One person found this helpful
Helpful
Report abuse
See all reviews

hextol
4.0 out of 5 stars spellbinding but a few niggles makes it only four stars
Reviewed in the United Kingdom on 27 October 2017
Verified Purchase
I had forotten what a good writer she is but had also been hoarding this book for ages until I really had to read something absorbing and decently put together and she did not disappoint. This is not perfect as I could never really believe in Lesley and her husband who never really came alive although she did remind me of Dorian in Birds of a feather which is not a good thing! and since she is one of the three women who learn something through the process of their interactions, then this was a bit of a shame but loved Iris and Ruby themselves and also Ash the eygptian boyfriend and his thuggish brother who were beautifully done with just the right degree of cultural separateness to make them both convincing and almost as alluring as Xan

Glilla Bear
3.0 out of 5 stars Charming and well-researched - held the interest well.
Reviewed in the United Kingdom on 24 June 2021
Verified Purchase
This novel takes as its start-point a conceptually similar situation to Sebastian Barry's "The Secret Scripture" - but it is not a patch on Barry's book as a compelling tale. Rosie Thomas is incapable of writing poorly - her books always hold my interest. On the other hand, she never stuns me. The present novel is the intriguing story of an elderly grandmother, resident in a very well-described and evoked Cairo, whose life is disrupted and ultimately transformed by the visitation of her granddaughter, Ruby. Ruby has suffered through a difficult relationship with her mother, who had a similarly difficult upbringing with Ruby's grandmother, Iris. Love was buried, disaffection had set in.. All good stuff - and from it quite a tapestry of interaction is woven. Suddenly, though, around page 400, I felt that Ms Thomas had lost interest on the plot, that she had created (as so many novelists do) a web so intricate and dense that she was held fast in it. The unravelling or denouement of the various threads is accomplished in disappointingly workaday fashion, and as I felt Ms Thomas lost interest in her creation, so too did I. The interrelation between past and present is wonderfully handled, the atmosphere of dusty, noisy, ancient and mysterious Cairo very well done. Ultimately, though, I did not feel I had been raised up by the experience of reading this novel. It was worth the read, but not an uplifting experience for me. Recommended, then - but with only two cheers rather than three.
Read more
Report abuse

Petal
3.0 out of 5 stars Iris and Ruby
Reviewed in the United Kingdom on 13 November 2017
Verified Purchase
Teenager Ruby leaves home in the U.K. and lands at her grandmother Iris's doorstep in Cairo. Having not seen her for years, she finds Iris suffering from memory loss and offers to help preserve her memories in return for staying there.

I really wanted to love this book, history, an Egyptian setting and generations of characters with stories to tell are usually just my cup of tea. Sadly, the story wasn't compelling, and most of the characters fell flat. It often wasn't clear whose story the dialogue had switched to, and there was a lot of over descriptive writing. I enjoyed Iris's story and how she met Xan, but towards the middle I started skim reading to get the book finished as it just wasn't very exciting.
Read more
3 people found this helpful
Report abuse

Rosy3683
5.0 out of 5 stars Five stars don't do this book justice - it is brilliant.
Reviewed in the United Kingdom on 12 February 2018
Verified Purchase
I absolutely loved this book. It gripped me from the beginning until I turned the final page. Such insight into youth and old age and all of the stages of life along the way. Haunting and harrowing at times, the story moved beautifully with vivid descriptions of a Cairo long gone to the city today. Glimpses of the second world war and all the pain and joy of living life in the moment. Superbly written. Ten stars from me.
Read more
4 people found this helpful
Report abuse

Diane von Kesmark
5.0 out of 5 stars Loved it and will read it again and again.
Reviewed in the United Kingdom on 15 May 2013
Verified Purchase
I read this book in just three days, and could hardly bear to put it down.
The story is set in Cairo and spans the years of WW2 and the next 2 generations of a family.

Iris has become estranged from her daughter, Lesley, who is married with 2 children. The eldest "child", Ruby does not get along with her step father and feels that she can never do anything to please her family, so she takes herself off to Cairo to visit her gran. Iris and Ruby may haave an age gap of 60+ but they are alike in many ways, and really get along well. Ruby becomes more of a companion to iris, untilthe old lady dies. In this time ,the author discreetly shows her readers how Ruby grows upand comes to understand so much more about her mother and about herself.
Read more
4 people found this helpful
Report abuse
See all reviews
Back to top
Get to Know Us
Make Money with Us
Let Us Help You
And don't forget:
© 1996-2021, Amazon.com, Inc. or its affiliates