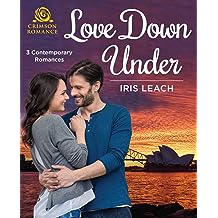 Love Down Under: 3 Contemporary Romances 23/11/2015
by Iris Leach
( 27 )
$0.99
It's a g'day, mate when three sexy heroes down under tangle with women tough enough to match their fire. You'll fall in love, too, with these smoldering romances, Aussie-style:

Looking for Prince Charming: Glory agrees to pose as her boss's girlfriend while he campaigns for Lord Mayor of Melbourne--which might not be the best idea since she's already in love with him!

A Taste of Honey: Charli Honey knew it was a bad decision to end up in her boss's bed, and to make matters worse, now she's pregnant. William Knight is happy to do the right thing, but can she live with a man who doesn't love her? Or can William convince her a change of heart is not only possible, it's real?

An Outback Affair: Cassie will fight to the end for Sam, the nephew she has raised since her sister died. But now Sam's uncle, Joel Caine, has arrived to claim custody and take the boy to Western Australia. How can she win on his territory--and deny her growing attraction for the totally hot Joel? 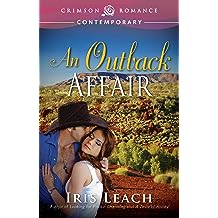 An Outback Affair (Crimson Romance) 08/04/2013
by Iris Leach
( 3 )
$4.99
Cassie will fight to the end to keep Sam, the nephew she has raised since her sister Claudia was killed in an automobile accident. Sam’s uncle, Joel Caine, has other ideas. He wants to share Sam. Trouble is, Joel lives on an outback station in the heart of Western Australia, nearly 2,000 miles from Victoria where Cassie and Sam live.

Cassie is adamant that she can’t be parted for six months from four-year-old Sam. Joel stands firm. He wants Sam and he’ll have him. Sam is heir to a fortune, and there is Joel’s sick mother to consider. How can Cassie refuse Sam his father’s family?

They come to an agreement. She will come with Sam for a few weeks on the horse station. Get him used to the idea of spending half the year with his uncle in the outback and the other half with his aunt in Melbourne. Trouble is, she’s scared that once Joel has Sam on the station, he won’t let Sam go. And how can Cassie fight Joel on his territory where he’s lord and master of his domain?

And another thing, how can she fight her growing attraction she feels for the tall and totally hot Joel Caine?

Cassie’s life is turned upside-down and the question is, will she ever be able to right it again? 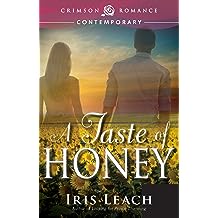 A Taste of Honey (Crimson Romance) 17/12/2012
by Iris Leach
( 1 )
$4.99
Charli Honey is a career girl, until she meets her new boss, William Knight. She can’t resist him - result? She’s pregnant with his baby. William Knight will want to do the right thing by her and their baby, but does Charli want to be married to a man who doesn’t love her?

Will doesn’t realize how much he loves Charli until he nearly loses her. But how can he convince her that he isn’t just trying to do the right thing? 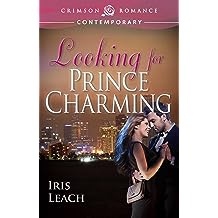 Looking for Prince Charming (Crimson Romance) 02/07/2012
by Iris Leach
( 5 )
$4.99
Glory Sandrin is looking for her perfect Prince Charming. She’s in love with Edoardo Pisani, her fellow lawyer and boss, but Edoardo is definitely not the man for her. He changes women as often as he changes his shirt. So when Edoardo asks her to be his 'pretend' girlfriend, Glory’s first instinct is to run for the hills. But her friend’s job relies on her helping Edoardo out. Can she be his girlfriend for a few short weeks and remain sane?

Edoardo Pisani has been burnt badly by marriage; it’s now off his list of things to do. He likes his life the way it is, and no sassy blonde will convince him otherwise. He wants to be Lord Mayor of Melbourne and needs a 'nice' girl for a few short weeks. Trouble is, Glory has a way of getting under his skin.

Sensuality Level: Behind Closed Doors
Read more
Other Formats:: Paperback
includes tax, if applicable
Back to top
Get to Know Us
Make Money with Us
Let Us Help You
And don't forget:
© 1996-2021, Amazon.com, Inc. or its affiliates