The Invisible Bridge and over 1.5 million other books are available for Amazon Kindle . Learn more
Share <Embed> 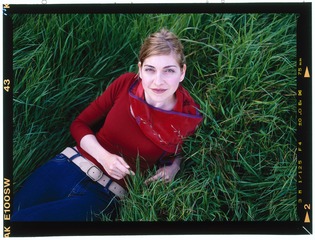 Page 1 of 1 Start overPage 1 of 1
Previous page
Next page
Start reading The Invisible Bridge on your Kindle in under a minute.

"Orringer's engaging wit, her eye for detail, her ear for patterns of speech and thought, and her insights into human nature proclaim her a writer to be reckoned with."
--Merle Rubin, Los Angeles Times "The harsh landscape in which Orringer's characters dwell corresponds to the fierce beauty of her writing. Even the grimmest of these stories conveys, along with anguish, a child's spark of mystery and wonder."
--Lisa Dierbeck, The New York Times Book Review

Julie Orringer is the author of the award-winning short-story collection How to Breathe Underwater, which was a New York Times Notable Book. She is the winner of The Paris Review's Discovery Prize and the recipient of fellowships from the National Endowment for the Arts, Stanford University, and the Dorothy and Lewis B. Cullman Center for Scholars and Writers at the New York Public Library. She lives in Brooklyn, where she is researching a new novel.

4.5 out of 5 stars
4.5 out of 5
936 global ratings
How are ratings calculated?
To calculate the overall star rating and percentage breakdown by star, we don’t use a simple average. Instead, our system considers things like how recent a review is and if the reviewer bought the item on Amazon. It also analyses reviews to verify trustworthiness.

Adeline Lim
5.0 out of 5 stars A Must Read book
Reviewed in Australia on 19 December 2019
Verified Purchase
It's true what Julie Orringer wrote. So often, what we learn in history is 'who killed whom, how, and why' but in Orringer's book, readers are transported back into time and wrapped up in the despair, pain, joy and hope of that era. I have not read a more resonating book, and her writing is sublime. The book did not seem too long at all, in fact, the depth of her writing created a world that sucked me in. When a character in the book cracked a joke, I laughed, and when tragedy befell them, I cried. Never have I been so enthralled or swept away. Read this book, you won't regret it.
Read more
Helpful
Report abuse

Les
5.0 out of 5 stars Superb
Reviewed in Australia on 15 July 2019
Verified Purchase
What a wonderful book, epic story, tragic in its telling. So real in all ways. Never to be forgotten! Never to be repeated!
Read more
Helpful
Report abuse

Middy
5.0 out of 5 stars Five Stars
Reviewed in Australia on 27 November 2014
Verified Purchase
Slow to start but loved it by the end
Read more
Helpful
Report abuse
See all reviews

JaquiP
4.0 out of 5 stars An epic read and an emotive subject
Reviewed in the United Kingdom on 6 November 2018
Verified Purchase
A lovely descriptive opening, it's lines setting the place and the historical context immediately. At first, I was feeling - for the first part of the story, that the book was in essence a love story, albeit slowly meandering along, set against the background of France and Hungary as war clouds hover rather than a World War two war story with a love interest. It was slow in places, even a bit repetitive ...The author gives a lot of background information about architecture and buildings and many lists: this kind of thing: "He ate Jasmine terrapin soup, Jasmine sorbet, Jasmine pheasant" which slows the story down and made it feel in parts overly long...although the writing was beautiful. We learn about Andres and his family as he embarks on a scholarship in Paris. Andras wants to become an architect but it is difficult to get into architecture in Hungary because the number of Jewish students in Hungarian universities is limited to six percent. Similarly the rules make it difficult for his brother to study medicine. The story at first focuses on his love for Klara abd unfolds slowly. I did wonder about persevering as the book seemed really long. But then whoosh it took off at a pace propelling me into the horrors of The Munkaszolgalat (the work units the Jewish men were drafted into) not being allowed into the Hungarian army proper. As Hungary allied itself to Germany, Hungarian Jews were engulfed in the nightmare that followed. As the Nazis occupied Hungary, they began swiftly to round up its Jewish citizens. "Germany had to be defeated. And if it could be defeated while Hungary remained a sovereign State, then the Jews of Hungary might never have to live under Nazi rule.". I was totally absorbed in the story now, suddenly, utterly gripped. I couldn't put the book down until I found out what happened to Andras, his two brothers and family. . ... So: a long book, the first half a slow build up to the second part, well written if a bit descriptive heavy, but interesting and well researched. Very sad in parts. Overall, I learned something of the historical aspects of Hungary during and after the war and I'd say a good read. Invested time in it and got a lot out of it.
Read more
3 people found this helpful
Report abuse

Biddy
4.0 out of 5 stars Moving and immersive
Reviewed in the United Kingdom on 19 August 2018
Verified Purchase
Julie Orringer has written a remarkable novel based upon the experiences of her own family before and during WWII. It is moving and immersive, all the more so because of its factual basis. The story of Andras and Klara - and their friends and famillies - will stay with me for a long time The almost unimaginable tragedy is related in unsentimental way. There is no melodrama for the sake of melodrama; the facts are so appalling, they don't need to be overplayed and Orringer does this perfectly. Despite the background, there is hope. At the core of the tale is a love story and a battle for survival.

In view of the background to this novel, any criticism seems churlish. It is very long and this has postives: you grow to know and love the main characters and appreciate those who reappear throughout, often unexpectedly. I do think it could lose 100 pages though I'm sure the author felt that she couldn't short change her grandparents by cutting out important aspects of their personal history. That said, looking at it from a novel reading point of view, I think the balance would have been better if the Paris based part of the story had been shorter. I still very much recommend this book. It's the first I've read about the plight of Hungary's Jews and is very well written.

Book chatter
4.0 out of 5 stars A saga set predominently in war torn Hungary
Reviewed in the United Kingdom on 9 January 2017
Verified Purchase
A 600 page family saga set in Hungary and Paris leading up to and during WW2. It follows the lives of two Jewish families - the Hasz who are wealthy, although Klara has a murky past and has fled to Paris to escape it; and the Levi's which includes Andras, who journeys to Paris to study architecture. Despite their age difference, the two individuals meet and fall in love and then war breaks out and their lives are turned upside down, especially when they have to return to Hungary, which Klara knows she is unable to return to.

I haven't quite finished it yet and am intrigued to see how it will develop, as so far the "Jewish problem" hasn't hit them too hard. Worth reading

Mr. C. R. J. Castell
5.0 out of 5 stars The Invisible Bridge-Julie Orringer.
Reviewed in the United Kingdom on 26 February 2018
Verified Purchase
A wonderful book and very well written despite the irritating American spelling. Simon Shama says of the book,’you don’t so much read it as live it.’ I know what he means. It is tragic and heartwarming particularly in illustrating love in family. The brutality towards the Jews is not downplayed. A really worthwhile novel.
Read more
One person found this helpful
Report abuse

Nelly
4.0 out of 5 stars Absolutely Perfect
Reviewed in the United Kingdom on 2 May 2012
Verified Purchase
I wanted this book to finish on the one hand as I was desperate to know if the ending was how I wanted it to be, but on the other hand as I came to the last few pages I began to feel really sad that it was ending. Such a wonderful story, primarily about Andras and Clara, but also entwined into this are the lives of those they love and the influences around them, beginning with how they first meet and then their relationship as the war progresses. I love big books that you can get so involved in and it didnt dissapoint, it was very informative and educational as well as a love story. It wasnt too sloppy, or repetative, it didnt get boring either as some war books can, but pitched at the right level and I would say for men and women. I havent given it a 5 star because I am reserving that for the ultimate book, which I havent found as yet in all my years of reading, at some point though hopefully.
Read more
7 people found this helpful
Report abuse
See all reviews
Get FREE delivery with Amazon Prime
Prime members enjoy FREE Delivery and exclusive access to movies, TV shows, music, Kindle e-books, Twitch Prime, and more.
> Get Started
Back to top
Get to Know Us
Make Money with Us
Let Us Help You
And don't forget:
© 1996-2020, Amazon.com, Inc. or its affiliates