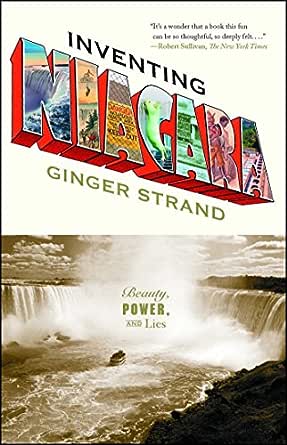 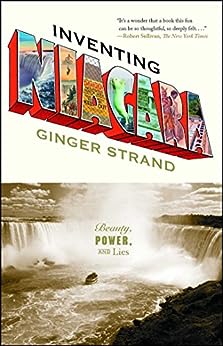 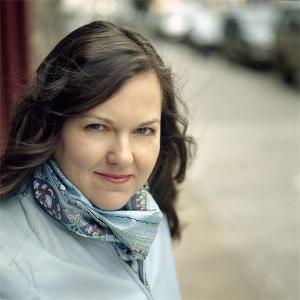 "Niagara Falls is where America discovered the sublime. And Ginger Strand has discovered everything that happened since. If you want to understand our relationship with the natural world, you better read this book." -- Bill McKibben, author of The Bill McKibben Reader

"Here we have two captivating stories -- one about America's most famous waterworks, and the other about how a self-proclaimed 'hydrogeek' schooled herself in the myths and meaning of the great falls. Displaying wit and verve on a scale worthy of her subject, Ginger Strand shows that Niagara has been harnessed, perhaps to a greater degree than any other of our natural wonders, to human purposes." -- Scott Russell Sanders, author of A Private History of Awe

"A brilliantly entertaining history of America's original natural wonder and its heedless boosters and failed visionaries." -- Mike Davis, author of City of Quartz and Planet of Slums

"As engaging as it is insightful, Inventing Niagara is a careful and caring study of how myth and machine have covered over a great natural place. Peeling back the myths and looking behind the machines, as she brilliantly does, Strand reveals who we have been and who we need to become." -- Curtis White, author of The Spirit of Disobedience and The Middle Mind

"This is a deep and exhilarating book. Its material could have been played for irony, but Strand chose profundity instead, burrowing down through self-conscious layers of artifice until she arrives at a place both strange and vital." -- David Gessner, author of Soaring with Fidel --This text refers to the paperback edition.

Ginger Strand was raised in Texas, Missouri, Illinois, Wisconsin, and Michigan. Her fiction and essays have appeared in many places, including The Believer, The Iowa Review, The Gettysburg Review, and The Carolina Quarterly. She has been awarded fiction residencies by Yaddo, the Virginia Center for the Creative Arts, and the Sewanee Writers' Conference. She lives in New York City. --This text refers to the paperback edition.

Fallingwaters
2.0 out of 5 stars An idiosyncratic, first person look at Niagara Falls. ...
Reviewed in the United States on 23 January 2017
Verified Purchase
An idiosyncratic, first person look at Niagara Falls. She has a journalist's bent, not a historian's, and this is neither a guide book for the curious nor a deeply researched history. With a brief overview of the history of the falls, she move on to interview people that catch her interest. The owners of two of Clifton Hill's tourist stops are made somewhat interesting; she indulges in her own gentle sarcastic commentary in lieu of any attempt at objective conclusions.
Read more
Report abuse

niagarajeff
5.0 out of 5 stars You will love it or hate it
Reviewed in the United States on 28 August 2008
Verified Purchase
Ginger, I am being quite informal here, is a self described fanatic about Niagara Falls. So am I. Thus, while reading her book I felt like I had found a long lost friend. We could converse (although she could not hear me!) the many subjects about the lost Niagara, the damaged Niagara,the changed Niagara, the abused Niagara; well I could go on and on. (I wish someone could force the power companies, for one lousy day, to let the water flow naturally but I digress......)

Here's what I suggest. If you are one of these people that goes to Niagara Falls and can look for a few hours and be content to move on to the casinos or Clifton Hill entertainment (ie Ripley's, haunted houses, water slides) then you are not going to appreciate this book very much. However, if you really want to know some real "geeky" (my kids word for me, alas) stuff about hydro power, chemical landfills, misplaced mice killed by radiation, etc. then you will probably adore this book, as I did. The book scores on many levels.
Read more
12 people found this helpful
Report abuse

Danielle Barry
4.0 out of 5 stars Must read if you're going to Niagra Falls
Reviewed in the United States on 3 September 2014
Verified Purchase
I thoroughly enjoyed this book and it made me want to go to Niagra Falls and follow the author's footsteps. She approaches the topic from several different fascinating and rather quirky perspectives. The writing style is engaging as well, a very nice balance of scholarly and breezy. My only very small complaint: although I enjoyed a lot of the details of her research process, I sometimes found the personal details and humor a little grating over the long haul. That said, I would still highly recommend this book to anyone interested in history, travel, the environment, art, feminism, or pop culture.
Read more
Report abuse

Ziloni
5.0 out of 5 stars Very hard to put down once you start reading.
Reviewed in the United States on 13 January 2015
Verified Purchase
Wow. I grew up near Niagara falls and we visited often. It remains one of my favorite places. I've only begun the book, but am very pleasantly surprised by the writing style and content. Very hard to put down once you start reading.
Read more
Report abuse
See all reviews
Get FREE delivery with Amazon Prime
Prime members enjoy FREE Delivery and exclusive access to movies, TV shows, music, Kindle e-books, Twitch Prime, and more.
> Get Started
Back to top
Get to Know Us
Make Money with Us
Let Us Help You
And don't forget:
© 1996-2020, Amazon.com, Inc. or its affiliates