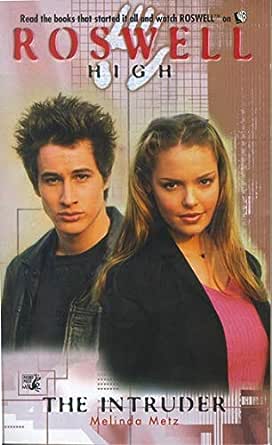 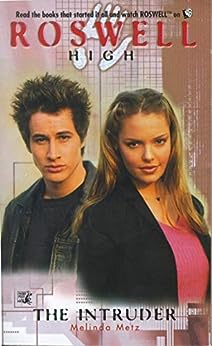 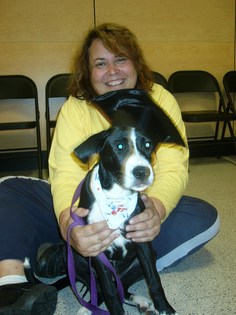 Melinda Metz is coauthor of the Roswell High series, basis of the hit television show Roswell. She is an Edgar Award nominee for the Wright and Wong mystery series, written with Laura J. Burns. She lives in North Carolina with her dog, Scully.

Kevin T. Collins is a New York actor and director who can be seen Off-Broadway, on television, and in films. An Audie Award-winning audiobook narrator, he has narrated over 225 titles. --This text refers to an out of print or unavailable edition of this title.

Patricia McKelvy
5.0 out of 5 stars Review by Patricia's Particularity
Reviewed in the United States on 13 March 2012
Verified Purchase
When Roswell High last left off, Max was fighting for his life to survive connecting to the Collective (the minds and thoughts of his fellow aliens back home) while the rest of the crew were putting their own lives in danger to steal The Stones of Midnight (which allow Max to connect to the consciousness). While Max survives, others are not as lucky. Ray, Max's boss at the alien museum, is killed by Sheriff Valentie, head of Project Clean Slate. And Michael does not return home with the rest.

Now we come to the The Intruder. With The Stones of Midnight, Max survives. Michael has been captured by Valentie and Project Clean Slate, being held prisoner and experimented on. During his time here he meets some interesting new people: Cameron, a girl with supposed psychic powers, and Adam, the fourth mystery alien from their pods. Adam has always believed Valentie to be his father, having known nothing but Valentie and the Mountain, but when he learns the truth he escapes the mountain and finds Max and Liz. During this time Max and the crew are devising a plan to save Michael, and Adam starts to crush on Liz - hard. Meanwhile, Isabel's feelings are changing for both Michael and Alex, in a way she cannot understand - does she love Michael more than just a brother figure? Maria loves Michael but knows something is up with Isabel. And of course we cannot forget Max and Liz (my favorite couple!). They have finally decided to no longer 'just be friends'. It's about time!

In such a small book I am always happily surprised and how much Melinda Metz gives you. There are many characters and relationships to the point that it is hard to detail every one. I love it. I screamed at Isabel and her growing feelings for Michael - what about Alex? I got frustrated and mad at Michael when he started to have feelings for his fellow inmate, Cameron - what about Maria? And I was jumping for joy when Max and Liz got over their hangups.

The Intruder was also not predictable at all, as some of the previous installments were. You learn something about Adam (no spoilers) and Valentie... lets just say he gets what's coming to him. As always, Melinda Metz's writing is seamless, making this a very easy and enjoyable read. While I will admit I still see the show's characters in my head, Melinda Metz has done a fantastic job at offering her readers a new image of our favorite characters and new characters all together. The first few installments in this series were a bit slow, but now the action is really starting to pick up. It might just be me, but being a fan of the show and the series, I just can't get enough of our Roswell aliens and humans.
Read more
One person found this helpful
Helpful
Sending feedback...
Thank you for your feedback.
Sorry, we failed to record your vote. Please try again
Report abuse

Kindle Customer Ann E. Meritt
4.0 out of 5 stars The Intruder and Michael in the Alien Cell
Reviewed in the United States on 16 April 2019
Verified Purchase
There were a few errors in grammar but the story content was very interesting. The character descriptions was well done as was the scenes description. The time lines were believable along with character interactions in the book. Good research on science jargon and geography of the location.
Read more
Helpful
Sending feedback...
Thank you for your feedback.
Sorry, we failed to record your vote. Please try again
Report abuse

Kimmie
5.0 out of 5 stars amazing series
Reviewed in the United States on 16 February 2014
Verified Purchase
Well, I'm officially. Roswellian and I have been for years. These books put me on the edge of my seat and I would recommend to any one who likes romance and science fiction . The novels never get boring and the little love stories in them are wonderful. I have read these books hurt hand through about 4 times already and I will keep reading them over and over because I enjoy them so much. These books are nothing like the show, but equally as good for any true roswellian fan. Enjoy and Happy reading
Read more
One person found this helpful
Helpful
Sending feedback...
Thank you for your feedback.
Sorry, we failed to record your vote. Please try again
Report abuse

Amazon Customer
3.0 out of 5 stars Easy to read kids book
Reviewed in the United States on 13 May 2016
Verified Purchase
Easy to read kids book. The characters are becoming boring and this is the last Roswell high book I will read.
Read more
Helpful
Sending feedback...
Thank you for your feedback.
Sorry, we failed to record your vote. Please try again
Report abuse

Tiffany
5.0 out of 5 stars Roswell books
Reviewed in the United States on 23 May 2012
Verified Purchase
I bought all the books from the Roswell Series and bought all three seasons. I loved the show i hate it didnt do season 4. I read the books a while back and i intend to read them again. Great books and series i would recommend them to anyone.
Read more
2 people found this helpful
Helpful
Sending feedback...
Thank you for your feedback.
Sorry, we failed to record your vote. Please try again
Report abuse
Load more international reviews

Rachel S.
5.0 out of 5 stars Five Stars
Reviewed in the United States on 6 August 2016
Verified Purchase
One of the best Roswell books.
Read more
One person found this helpful
Helpful
Sending feedback...
Thank you for your feedback.
Sorry, we failed to record your vote. Please try again
Report abuse

violet alexander
4.0 out of 5 stars Ok.
Reviewed in the United States on 16 January 2015
Verified Purchase
I found all the Roswell books fun to read though watching the show was much better
Read more
Helpful
Sending feedback...
Thank you for your feedback.
Sorry, we failed to record your vote. Please try again
Report abuse

Tami Schultz
5.0 out of 5 stars review 5 star
Reviewed in the United States on 10 October 2013
Verified Purchase
Let me put it to u this way. I have the next few books already on order. Awesome! Can't put it down.
Read more
Helpful
Sending feedback...
Thank you for your feedback.
Sorry, we failed to record your vote. Please try again
Report abuse