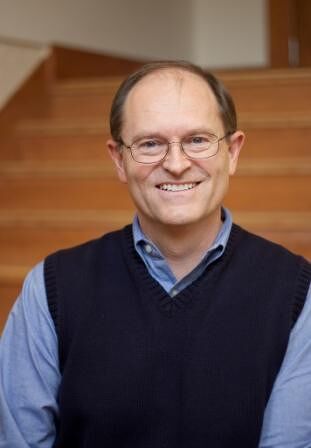 by Jeffrey M. Wooldridge (Author)
4.3 out of 5 stars 119 ratings
Edition: 6th
See all formats and editions
Sorry, there was a problem loading this page. Try again.

Introductory Econometrics : A Modern Approach
$126.00
(76)
Usually dispatched within 4 to 5 days.

Jeffrey M. Wooldridge is University Distinguished Professor of Economics at Michigan State University, where he has taught since 1991. From 1986 to 1991, he was an assistant professor of economics at the Massachusetts Institute of Technology. He received his bachelor of arts, with majors in computer science and economics, from the University of California, Berkeley, in 1982, and received his doctorate in economics in 1986 from the University of California, San Diego. He has published more than 60 articles in internationally recognized journals, as well as several book chapters. He is also the author of Econometric Analysis of Cross Section and Panel Data, second edition. His awards include an Alfred P. Sloan Research Fellowship, the Plura Scripsit award from Econometric Theory, the Sir Richard Stone prize from the Journal of Applied Econometrics, and three graduate teacher-of-the-year awards from MIT. He is a fellow of the Econometric Society and of the Journal of Econometrics. He is past editor of the Journal of Business and Economic Statistics, and past econometrics coeditor of Economics Letters. He has served on the editorial boards of Econometric Theory, the Journal of Economic Literature, the Journal of Econometrics, the Review of Economics and Statistics, and the Stata Journal. He has also acted as an occasional econometrics consultant for Arthur Andersen, Charles River Associates, the Washington State Institute for Public Policy, Stratus Consulting, and Industrial Economics, Incorporated.

Everything in One Place with MindTap

Be Confident with MindTap!

Chris Austin
5.0 out of 5 stars The Best Book on Introductory Econometrics at the Undergraduate Level
Reviewed in the United States on 2 August 2019
Verified Purchase
Having recently completed a PhD in economics with a focus on applied statistics, I have looked at a fair number of textbooks on econometrics. This one is easily the best undergraduate level text out there.

It covers all the material that you need for an undergraduate course in econometrics, and then some. It is very well-written and avoids some of the more advanced mathematics common in Ph.D. level textbooks. For example, many textbooks require a thorough grounding in linear algebra (working with matrices), but this one does not. There are plenty of helpful questions and examples, and the author provides access to the necessary datasets online. Its very intuitive and thorough explanation of the materials makes it a very useful resource even for advanced students. As another graduate student once put it: "Every time I open this book, I become a better econometrician."

A few more points:
(1) If you are running low on funds, you probably don't need the newest edition. The content does not change all that much, and there have been no tectonic shifts in econometric theory in recent decades that would require fundamental revisions. On the other hand, the book is not all that expensive, and if you plan on spending serious time with it, why not buy the newest edition.
(2) If you are an absolute beginner and have no one to help you study econometrics, consider starting with "Mastering Metrics" by Angrist and Pischke. (But don't confuse that with "Mostly Harmless Econometrics" by the same authors, which, despite the name, is targeted at those with some serious training in econometrics).
Read more
6 people found this helpful
Report abuse

Derek Zweig
5.0 out of 5 stars Well structured, clear, enjoyable for a textbook
Reviewed in the United States on 7 May 2019
Verified Purchase
The structure of this text is extremely intuitive and helpful for conceptual understanding. It would be helpful to have a decent background in calculus and statistics prior to reading.

It starts with cross-section only, detailing the applicable Gauss-Markov and Classical Linear Model assumptions. Generalized Method of Moments and Ordinary Least Squares are the early focus, with useful proofs. General regression topics are included, like adjusting variable units and incorporating non-linearities. The conditions under which different models are unbiased, consistent, and efficient are clearly described.

In the second half of the book, time-series is the initial focus, introducing static and finite distributed lag models. Necessary assumptions are restated for time-series. Primary topics include: trend variables, detrending, stationarity and weak dependence, contemporaneous and strict exogeneity, autoregressive and moving average models, testing for and accommodating serial correlation, and autoregressive conditional heteroskedasticity models.

The book then switches focus to pooled cross sections and panel data, with primary topics including: structural vs. reduced-form models, difference models, fixed effect models, random effect models, instrumental variables and tests for endogeneity, two-stage least squares, and simultaneous equations models.
Read more
Report abuse
See all reviews
Back to top
Get to Know Us
Make Money with Us
Let Us Help You
And don't forget:
© 1996-2021, Amazon.com, Inc. or its affiliates