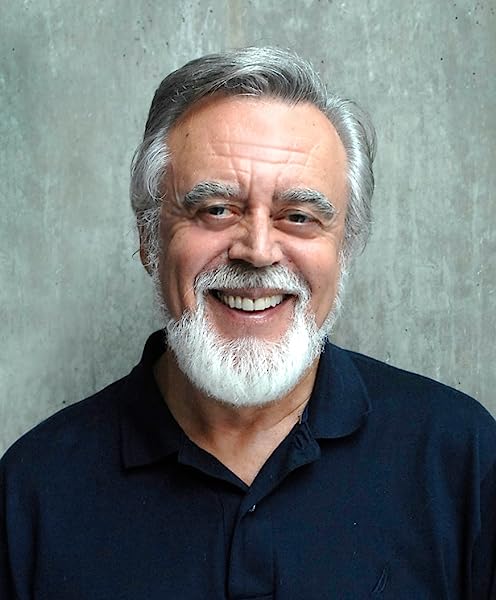 by Dimitri P. Bertsekas (Author), John N. Tsitsiklis (Author)
4.5 out of 5 stars 143 ratings
Edition: 2nd
See all formats and editions
Sorry, there was a problem loading this page. Try again.

An intuitive, yet precise introduction to probability theory, stochastic processes, and probabilistic models used in science, engineering, economics, and related fields. The 2nd edition is a substantial revision of the 1st edition, involving a reorganization of old material and the addition of new material. The length of the book has increased by about 25 percent. The main new feature of the 2nd edition is thorough introduction to Bayesian and classical statistics.

The book is the currently used textbook for "Probabilistic Systems Analysis," an introductory probability course at the Massachusetts Institute of Technology, attended by a large number of undergraduate and graduate students. The book covers the fundamentals of probability theory (probabilistic models, discrete and continuous random variables, multiple random variables, and limit theorems), which are typically part of a first course on the subject, as well as the fundamental concepts and methods of statistical inference, both Bayesian and classical. It also contains, a number of more advanced topics, from which an instructor can choose to match the goals of a particular course. These topics include transforms, sums of random variables, a fairly detailed introduction to Bernoulli, Poisson, and Markov processes.

The book strikes a balance between simplicity in exposition and sophistication in analytical reasoning. Some of the more mathematically rigorous analysis has been just intuitively explained in the text, but is developed in detail (at the level of advanced calculus) in the numerous solved theoretical problems.

Written by two professors of the Department of Electrical Engineering and Computer Science at the Massachusetts Institute of Technology, and members of the prestigious US National Academy of Engineering, the book has been widely adopted for classroom use in introductory probability courses within the USA and abroad.

From a Review of the 1st Edition:

...it trains the intuition to acquire probabilistic feeling. This book explains every single concept it enunciates. This is its main strength, deep explanation, and not just examples that happen to explain. Bertsekas and Tsitsiklis leave nothing to chance. The probability to misinterpret a concept or not understand it is just... zero. Numerous examples, figures, and end-of-chapter problems strengthen the understanding. Also of invaluable help is the book's web site, where solutions to the problems can be found-as well as much more information pertaining to probability, and also more problem sets. --Vladimir Botchev, Analog Dialogue

Several other reviews can be found in the listing of the first edition of this book. Contents, preface, and more info at publisher's website (Athena Scientific, athenasc com)
Read more
Previous page
Next page

Dimitri P. Bertsekas undergraduate studies were in engineering at the National Technical University of Athens, Greece. He obtained his MS in electrical engineering at the George Washington University, Wash. DC in 1969, and his Ph.D. in system science in 1971 at the Massachusetts Institute of Technology.

Dr. Bertsekas has held faculty positions with the Engineering-Economic Systems Dept., Stanford University (1971-1974) and the Electrical Engineering Dept. of the University of Illinois, Urbana (1974-1979). Since 1979 he has been teaching at the Electrical Engineering and Computer Science Department of the Massachusetts Institute of Technology (M.I.T.), where he is currently McAfee Professor of Engineering. He has held editorial positions in several journals. His research at M.I.T. spans several fields, including optimization, control, large-scale computation, and data communication networks, and is closely tied to his teaching and book authoring activities. He has written numerous research papers, and sixteen books and research monographs, several of which are used as textbooks in MIT classes.

Professor Bertsekas was awarded the INFORMS 1997 Prize for Research Excellence in the Interface Between Operations Research and Computer Science for his book "Neuro-Dynamic Programming" (co-authored with John Tsitsiklis), the 2000 Greek National Award for Operations Research, the 2001 ACC John R. Ragazzini Education Award, the 2009 INFORMS Expository Writing Award, the 2014 ACC Richard E. Bellman Control Heritage Award for "contributions to the foundations of deterministic and stochastic optimization-based methods in systems and control," the 2014 Khachiyan Prize for Life-Time Accomplishments in Optimization, and the SIAM/MOS 2015 George B. Dantzig Prize. In 2001, he was elected to the United States National Academy of Engineering for "pioneering contributions to fundamental research, practice and education of optimization/control theory, and especially its application to data communication networks."

Besides his professional activities, Professor Bertsekas is interested in travel, portrait, and landscape photography. His pictures have been exhibited on several occasions at M.I.T., and can also be accessed from his www site.

Macaque Rouge
5.0 out of 5 stars Excellent book
Reviewed in Canada on 21 November 2019
Verified Purchase
Best book on probability I've ever read. Very clear, excellent choice of topics, excellent balance between text and examples. Also used as the textbook in the graduate probability course at MIT taught by prof. Tsitsiklis (co-author) - fabulous course, by the way - , also available online at EdX.
One suggestion for improvement: I always try to solve the examples before reading their solution. Yet several examples do not state the problem before solving it :-)

Amazon Customer
5.0 out of 5 stars Extremely well explained
Reviewed in Canada on 3 January 2020
Verified Purchase
This is the first probability book that I've read which explains the concepts clearly, without me feeling confused at the end. Good balance of practical examples in-between the more contrived examples that explain concepts.
Overall a joy to read!

Carmen
5.0 out of 5 stars Exceptional
Reviewed in Canada on 25 January 2018
Verified Purchase
Exceptional good book, very well written, and the questions at the end of the chapter are real life examples and quite challenging. Highly recommended to be read in parallel with the MIT course.
Read more
One person found this helpful
Report abuse


Read more
Report abuse
Translate review to English
See all reviews
Back to top
Get to Know Us
Make Money with Us
Let Us Help You
And don't forget:
© 1996-2021, Amazon.com, Inc. or its affiliates