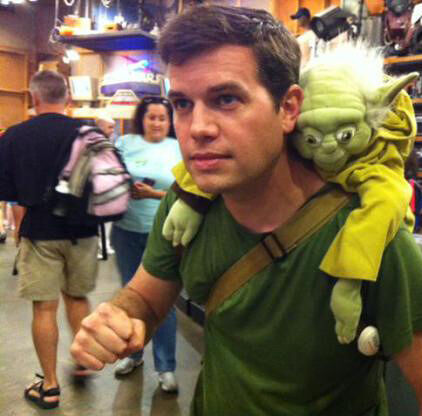 Introduction to Game Design, Prototyping, and Development: From Concept to Playable Game - with Unity and C# Paperback – 8 July 2014

by Jeremy Gibson (Author)
4.5 out of 5 stars 65 ratings
Edition: 1st
See all formats and editions
Sorry, there was a problem loading this page. Try again.

Introduction to Game Design, Prototyping, and Development
$134.85
This item has not yet been released.

Praise for Introduction to Game Design, Prototyping, and Development

“Introduction to Game Design, Prototyping, and Development combines a solid grounding in evolving game design theory with a wealth of detailed examples of prototypes for digital games. Together these provide an excellent introduction to game design and development that culminates in making working games with Unity. This book will be useful for both introductory courses and as a reference for expert designers. I will be using this book in my game design classes, and it will be among those few to which I often refer.”

“Prototyping and play-testing are often the most misunderstood and/or underutilized steps in the game design and development process. Iterative cycles of testing and refining are key to the early stages of making a good game. Novices will often believe that they need to know everything about a language or build every asset of the game before they can really get started. Gibson’s new book prepares readers to go ahead and dive in to the actual design and prototyping process right away; providing the basics of process and technology with excellent “starter kits” for different types of games to jumpstart their entry into the practice.”

“Jeremy Gibson’s Introduction to Game Design, Prototyping, and Development deftly combines the necessary philosophical and practical concepts for anyone looking to become a Game Designer. This book will take you on a journey from high-level design theories, through game development concepts and programming foundations in order to make your own playable video games. Jeremy uses his years of experience as a professor to teach the reader how to think with vital game design mindsets so that you can create a game with all the right tools at hand. A must-read for someone who wants to dive right into making their first game and a great refresher for industry veterans.”

Jeremy Gibson is a lecturer teaching computer game design for the Electrical Engineering and Computer Science department at the University of Michigan Ann Arbor and is the founder of ExNinja Interactive, LLC. From 2009 to 2013, he was an Assistant Professor teaching game design and protyping for the Interactive Media and Games Division of the University of Southern California’s School of Cinematic Arts, which was the number one game design school in North America throughout his tenure there. Jeremy serves the IndieCade independent game festival as the Chair for Education and Advancement, where he is responsible for the IndieXchange and GameU conference tracks, and he has spoken at the Game Developers Conference every year since 2009.

Jeremy earned a Master of Entertainment Technology degree from Carnegie Mellon University’s Entertainment Technology Center in 2007 and a Bachelor of Science degree in Radio, Television, and Film from the University of Texas at Austin in 1999. Jeremy has worked as a programmer and prototyper for companies such as Human Code and frog design, has taught classes for Great Northern Way Campus (in Vancouver, BC), Texas State University, the Art Institute of Pittsburgh, Austin Community College, and the University of Texas at Austin, and has worked for Walt Disney Imagineering, Maxis, and Electronic Arts/Pogo.com, among others. While in graduate school, his team created the game Skyrates, which won the Silver Gleemax Award at the 2008 Independent Games Festival. Jeremy also apparently has the distinction of being the first person to ever teach game design in Costa Rica.

Start reading Introduction to Game Design, Prototyping, and Development on your Kindle in under a minute.

Mr. P. R. Blackburn
5.0 out of 5 stars Super informative and easy to read
Reviewed in the United Kingdom on 13 December 2018
Verified Purchase
I haven't finished this book yet but I'm nearing the end of roughly the first third of the book, which consists mainly of theory behind games design, prototyping and development, without yet touching on any programming principles or practical examples. Having skimmed the rest of the book, the coding segments look super informative and I'm very much looking forward to getting down to the practical modules and game development examples. I already have a good understanding of Unity and C#, but I expect to cement my understanding with the knowledge found in here and make sure I haven't missed anything important in my self-taught teachings. I also highly recommend the Coursera "Unity Certified Programmer Exam Preparation" course by Jeremy Bond, which I recently completed. Great stuff.
Read more
Report abuse

Maggie
5.0 out of 5 stars Excellent
Reviewed in the United Kingdom on 14 January 2015
Verified Purchase
Excellent book well worth the money. The 10 prototype exercises are great.
Read more
2 people found this helpful
Report abuse

Cliente de Amazon
5.0 out of 5 stars Satisfied
Reviewed in Mexico on 27 July 2017
Verified Purchase
The packaging was just the right size of the book, maybe it could have been wrapped before packaging, but the book arrived in great conditions.
Read more
Report abuse
Translate review to English

Ed Bee
5.0 out of 5 stars Awesome
Reviewed in Canada on 16 May 2015
Verified Purchase
Best book about this subjet I've had the pleasure to read so far.
Read more
Report abuse
See all reviews
Back to top
Get to Know Us
Make Money with Us
Let Us Help You
And don't forget:
© 1996-2021, Amazon.com, Inc. or its affiliates