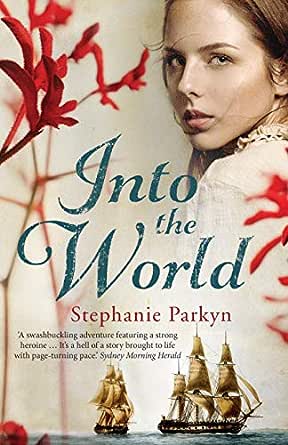 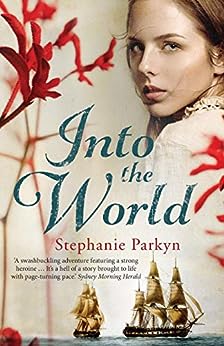 Into the World Kindle Edition

Abandoned by her lover and fleeing the wrath of her family, Marie-Louise must make a desperate choice. Find a man or become one. --This text refers to the audioCD edition.

'Stephanie Parkyn brings her characters to life with authentic voices ... an interesting and enjoyable debut that will have readers anticipating the author’s next novel.' Author: Books + Publishing --This text refers to the audioCD edition.

Stephanie Parkyn holds a PhD in biological sciences and worked as an environmental scientist for 15 years, giving her valuable insight into the minds of the expedition's naturalists. She has had short stories published in the 40 South Anthologies, and stories shortlisted for the Scarlet Stiletto competition and RSNZ Manhire Award for Creative Science Writing. --This text refers to the mass_market edition.
Read more

aoc
5.0 out of 5 stars Into the World - Stephanie Parkyn - A review by Anne O'Connor November 2017
Reviewed in Australia on 30 November 2017
Verified Purchase
'Into the World' is about a young unmarried mother forced to abandon her child and flee France because of the developing French Revolution. This intriguing story is one Parkyn came across and followed, with a well researched perspective, travelling across seas to eventually put her own twist on it and make it hers. The story takes the reader into a world of adventure and discovery alongside crew and passengers, crossing oceans looking for new worlds and pathways in the 1700's.
To be more specific, we follow the adventures of two ships the Espérance and the Recherche when they leave together from France in a joint expedition that is financed by their King, Louis XVI. The mission is twofold, search for La Parouse who failed to return from an earlier expedition and to map, document & collect unknown specimens to take home to their beloved France. However, at this same time, France is on the edge of a revolution against the King, with many of her people working to bring down the monarchy.
The duel focus of the expedition is fraught with difficulty. Both sides conflicting over routes and destinations, each deeming their aim is more important than the other. Underlying this is the threat of revolution in France, with the independent naturalists being against the monarchy, and the crew of both ships, openly showing loyalty to the king. But beneath this open division are other crewmen who hide their revolutionary identity beneath the insignia of the Royal Navy and are not revealed until the last pages of the book.
Into this mix comes Marie-Louise Girardin, the only female onboard, but her femininity is hidden by her disguise as a male purser on the Recherche. As the book continues, the life of Marie-Louise prior to this journey comes to light, with Parkyn linking her story very successfully to the current story going on within the expedition. Parkyn's ability to create visual stories that take the reader into the time and space of the novel is the highlight of the book. Always, at the right time, you are conducted into a place you need to be as you follow the process, taking you forward with the expedition or backward into history, at the right times. There is no confusion for the reader as you get to know all the characters throughout the book. I believe this to be the result of Parkyn's descriptive style of setting the scene for the reader in advance of where the story is headed.
At the end of the book, the reader is left pondering what may have happened to some of the characters, including the main one of Marie-Louise and the naturalists, and even the ships themselves, but perhaps this is intended, should there be a second book in the future. A good read with a great historical story that is part of Australian/Tasmanian history.

Mike Scarsbrook
5.0 out of 5 stars Gripping historical novel
Reviewed in the United States on 15 December 2017
Verified Purchase
An awe-inspiring story. Enjoyed it immensely from start to finish. Looking foward to reading more from this very talented author.
Read more
Helpful
Sending feedback...
Thank you for your feedback.
Sorry, we failed to record your vote. Please try again
Report abuse