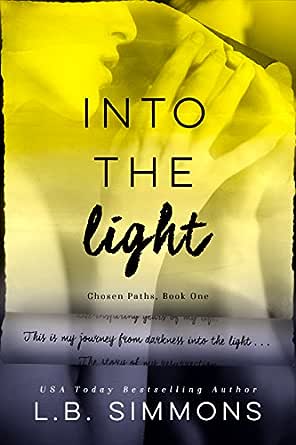 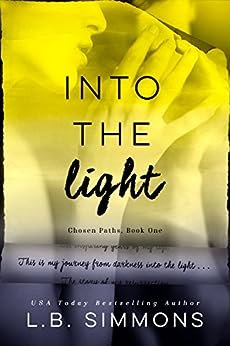 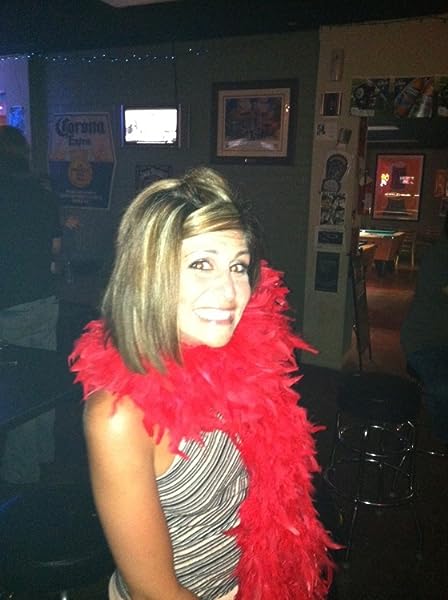 "With INTO THE LIGHT, L.B. Simmons has written the ultimate coming-of -age story; a tour de force about figuring out who you are and coming to terms with that discovery. The friendship between Aubrey, Quinn and Kaeleb gives this novel strong and unique supporting characters, and the romance between Aubrey and Kaeleb left me breathless. Are you a fan of New Adult romance? Don't let this one slip through your fingers. One-click it now!" -- Katy Regnery, New York Times bestselling author

Overcome with guilt and unable to cope with the loss of her beloved family, she has long since buried eight-year old Aubrey along with them and transformed herself into Raven Miller. Now with jet-black hair, multiple sets of eccentric contact lenses, and several facial piercings, she's veiled herself in complete darkness as a form of protection for herself, as well as others.

As she enters her first year of college, her goal is simple: Earn a degree with the least amount of social interaction as possible. What she never anticipates is the formation of very unlikely relationships with two people who will change her life in ways she never believed possible: Quinn Matthews, the overtly cheerful pageant queen, and Kaeleb McMadden, a childhood friend who never really let her go.

Over the years, as their connections intertwine and strengthen, a seemingly indestructible bond is formed between the three. And eventually, the ties of friendship and discovery of first love begin to coax her from her darkened path as they slowly bring Aubrey back to life.

But when faced with the possibility of yet another death, one from which she may never recover, Aubrey finds herself lost again, burying herself deeper than ever before beneath the familiar abyss of her fears.

Spanning the course of four years, this is the story of a young woman's plight to finally reemerge, finding strength within unbreakable bonds as she delivers herself from her own manufactured darkness and safely back . . .

****NA Contemporary Romance that can be read as a STANDALONE****

****WARNING - Due to the graphic nature of some scenes, this book is intended for mature audiences only. Contains adult language and themes.****

After graduating from Texas A&M University, L.B. Simmons did what any biomedical science major could do. She entered the workforce as a full-time chemist. Years later, never in her wildest dreams would she have imagined herself a USA Today Bestselling contemporary romance author as well.

What began as a memoir for her children, ended up being her first self-published book, Running on Empty. Soon after, her girls were given reoccurring roles in the remainder of what became the Mending Hearts series.

L.B. Simmons doesn’t just write books. With each new work, she attempts to compose journeys of love and self-discovery so she may impart life lessons to readers. She’s tackled suicide, depression, bullying, eating disorders, as well as physical and sexual abuse, all the while weaving elements of humor into the storylines in effort to balance the difficult topics. Often described as roller coaster rides, her novels are known for eliciting a wide range of emotions in each story she tells.

Gtr33gurl
TOP 1000 REVIEWER
5.0 out of 5 stars 10 BILLION STARS!!!!!
30 April 2014
Format: Kindle EditionVerified Purchase
WOW what can I say this book was ahhhhmaaazingggg what a rollercoaster of emotion I was up I was down I was inside out my heart was literally breaking in 2 I had to stop reading at one stage I was having trouble breathing my whole chest ached my kids came in took one look at me and ran away lol my face was def red and puffy these characters were so beautiful inside and out Aubrey the Sun Kaeleb the moon Quinn the angel BFF Linda the Rock for Aubrey Palmer the healer OMG this book is a must read so many difficult subjects but so much Love it was overflowing by the end with a kick ass HEA ending and epilogue L B Simmons your talent is in every word in this book and I am a FAN FOR LIFE!!!!! What are you waiting for one click this book NOW!!!! You won't regret it I promise ;)
Read more
Helpful
Comment Report abuse

Patricia
5.0 out of 5 stars 6+ stars for The Resurrection of Aubrey Miller
16 May 2014
Format: Kindle EditionVerified Purchase
Being a mother of teenagers I really enjoyed the perspective on life given by Aubrey in this book. Aubrey is an amazing and interesting character, definitely not your ordinary heroine, and she is definitely mine.

I cried and laughed with her, respected her courage and want my girls to read this book, despite the amazing love scenes. I believe this puts a realistic side to love, the ups and downs in life, and the fact that we can all find our strength to keep living each day.

Katherine
1.0 out of 5 stars High hopes crashed down.
17 May 2014
Format: Kindle EditionVerified Purchase
I bought this from a recommendation, and it was very disappointing.

The writing style seemed very immature, the dialogue between characters was horrific, and the plot was rushed and left wanting. And the spelling of KAELEB was so annoying!

Would not recommend to others.
Read more
Helpful
Comment Report abuse

Brooke
5.0 out of 5 stars 5 out of 5
21 April 2016
Format: Kindle EditionVerified Purchase
Wow l.b what an extraordinary story of the life of aubury I was with her every step of her journey. Thank you so much
Read more
Helpful
Comment Report abuse

Kristy Pimm
5.0 out of 5 stars Life changing.
6 July 2014
Format: Kindle EditionVerified Purchase
I mistakenly thought this would be a predictable read, I'm so glad I was wrong!
This book is surprising, emotional and heartwarming. Highly recommended.
Read more
Helpful
Comment Report abuse

Suze Lavender
TOP 50 REVIEWER
5.0 out of 5 stars Beautiful story
15 January 2018
Format: Kindle Edition
Aubrey lost her entire family and with this loss she also lost herself. That's why she calls herself Raven instead. Her hair used to be blonde, but is now black, she wears crazy contact lenses and she has plenty of piercings. She completes her look with a mask of heavy make-up. Aubrey's goal is to survive college safely protected behind her layers, but when she meets the bubbly Quinn, her new roommate, her defences are starting to crumble. When Quinn introduces her to Kaeleb it becomes even more difficult to hide behind the facade. Kaeleb is someone Aubrey used to know very well. Will she be able to be herself with her new college friends?

Aubrey, Quinn and Kaeleb become inseparable. For a while Aubrey's college life is happy. She slowly comes out of her shell and even manages to talk about what's bothering her. However, when another tragedy threatens to strike, life becomes too much for her. Aubrey's darkness comes back again and this time her friends can't easily get her off the path of destruction. What will happen when her heart breaks once more, will Aubrey be able to survive or will she be shattered and damaged beyond repair?

Into the Light is a beautiful story about love, loss and friendship. Aubrey is a sweet girl who loves deeply, but due to many traumas it's hard for her to show this. Reading about everything that happened to her brought tears to my eyes. She's already been through way too much and the tough days aren't behind her yet either. Fortunately Aubrey has the most wonderful friends. Quinn and Kaeleb are amazing main characters and I loved reading about them. What I enjoyed the most about Into the Light is the fantastic indestructible friendship, it's something precious that can withstand anything.

L.B. Simmons writes about heartbreak in an impressive open way. Her writing has an easy flow, which makes it possible to completely focus on the story. I was impressed by the emotional depth of Into the Light, it has a great multilayered storyline. L.B. Simmons writes about unconditional love in a fantastic way that captivated me from the beginning. Into the Light is a gorgeous romantic story filled with unexpected twists and turns and plenty of strength and beauty.
Read more
Helpful
Comment Report abuse
See all 8 customer reviews
Write a customer review

Go to Amazon.com to see all 356 reviews 4.6 out of 5 stars
Get FREE delivery with Amazon Prime
Prime members enjoy FREE Delivery and exclusive access to movies, TV shows, music, Kindle e-books, Twitch Prime, and more.
> Get Started
Back to top
Get to Know Us
Make Money with Us
Let Us Help You
And don't forget:
© 1996-2020, Amazon.com, Inc. or its affiliates