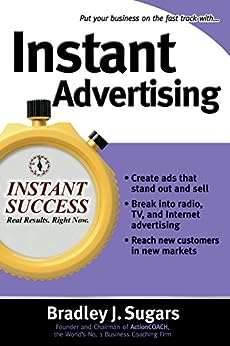 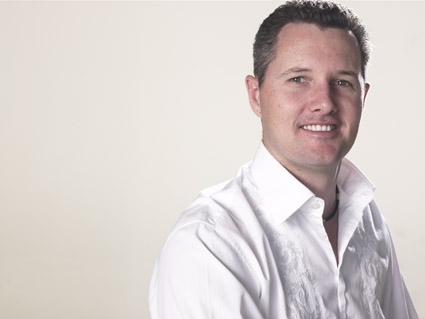 From the international go-to guys in small business know-how:

Your source for the strategies, skills and confidence every business owner needs to succeed

Remember what it was like learning how to ride a bicycle? Now imagine how it would've been if you'd tried to do it blindfolded.

Yet, right now, all over the world, millions of men and women are trying to make a go of running small businesses without a clear picture of where they're going or how to get ahead. No wonder so many small businesses fail in their first year of operation.

Don't become another statistic. Let the Instant Success Series show you how to get up on that Schwinn and ride it to success.

Written by whiz kid entrepreneur and renowned international business coach Bradley Sugars, the Instant Success Series arms hardworking independent business owners like you with all the tools for success. Instant Success books tackle an array of business topics using strategies developed by Sugars and the crack business coaches at Action International, a global network that has helped nearly half a million business owners, worldwide, realize their dreams of success.

Wage a million-dollar ad campaign on a shoestring budget.

When it comes to attracting customers, the only difference between your company and Microsoft, Ford, and Coke is great advertising. In Instant Advertising you'll find everything you need to create killer ads that won't break the bank. Learn how to:

McGraw-Hill authors represent the leading experts in their fields and are dedicated to improving the lives, careers, and interests of readers worldwide --This text refers to the paperback edition.

Brad Sugars came from humble beginnings but has built a life and a business that many would cite as the very definition of success. Sugars, a self-made multi-millionaire, is the founder of the global business coaching franchise ActionCOACH™, an international business speaker, author, and entrepreneur.

Sugars has written 16 business books, the “Instant Success” series, which were originally self-published. In 2006, when McGraw Hill bought the international publishing rights to the series, it was the largest multi-business book deal involving a single author. His ActionCOACH™ team works with tens of thousands of business owners in more than 70 countries with his simple yet powerful business growth techniques every day.

Professionally, nobody has created a bigger impact in Sugars’ life than Jim Rohn. As a teen, he scrimped and saved his allowance in order to afford tickets to a Rohn seminar, and despite being the youngest person in the audience, what he learned there has informed his own business practices and philosophies on life.

Sugars has a dynamic stage presence and enjoys motivating and educating other business owners through his online content (videos, podcasts), books and real-world interactions such as classes, seminars, and speaking engagements. His straight-forward Aussie style has branded him as a leader that will tell you what you need to hear, not necessarily what you want to hear—and for more than two decades, millions of people worldwide have been listening.

Sugars is equally as passionate about his family as he is about business. A husband and father of five, Sugars and his wife are survivors of the Route 91 tragedy which affected the lives of thousands in Las Vegas during a country music festival in 2017. His young daughter, Riley Brown Sugars, is the youngest survivor of the attack and has been featured in multiple media stories.

Now you can learn Sugars’ simple yet powerful approach to business and wealth. Visit www.actioncoach.com or www.bradsugars.com.

Leigh P.
5.0 out of 5 stars I'm Sold!
Reviewed in the United Kingdom on 2 December 2009
Verified Purchase
This is no doubt the best of the Instant series. Its so good that I just had to give mine away! Don't worry, I will be getting another one when I finish writing this. Super book full of really practical ideas that you will wonder why you haven't done them already. As Brad says. It is simple but not easy. Get this book, read a little every day and more importantly than anything else is 'take action'. No one ever got rich through good ideas alone.
Read more
One person found this helpful
Report abuse

Ian Bone
5.0 out of 5 stars A wonderful guide to advertising your small business.
Reviewed in the United Kingdom on 18 June 2016
Verified Purchase
Having recently started my own small business, I found the information in this book invaluable. I suspect by implementing even half the ideas suggested I will both boost my sales and more importantly save a small fortune in advertising costs.
Read more
Report abuse

Thomas Kavanaugh
5.0 out of 5 stars Some Great "Golden Nuggets" On Creating Advertising That Works!
Reviewed in the United States on 6 February 2022
Verified Purchase
The "Instant" Series of books by Bradley Sugars are both entertaining and extremely informative with information that I can put to good use as a Business Strategy Coach in today's ever-changing economic environment! Thanks for all the research you've done to make this series helpful with all the new tips and "Golden Nuggets" of helping small business succeed today!
Read more
Report abuse