Inside Black Mirror: The Illustrated Oral History and over 1.5 million other books are available for Amazon Kindle . Learn more
Share <Embed> 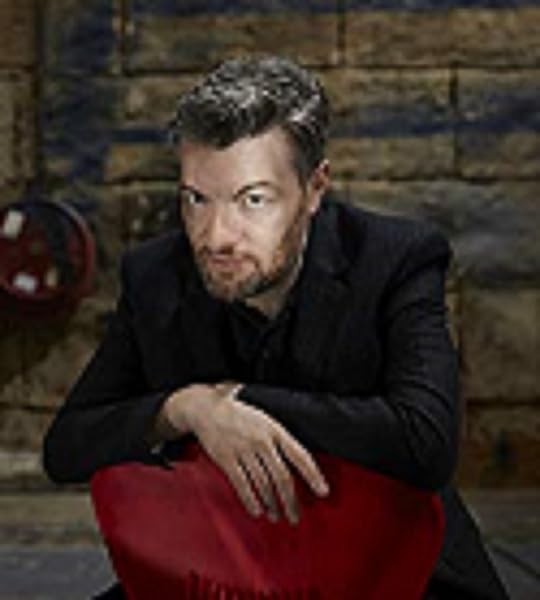 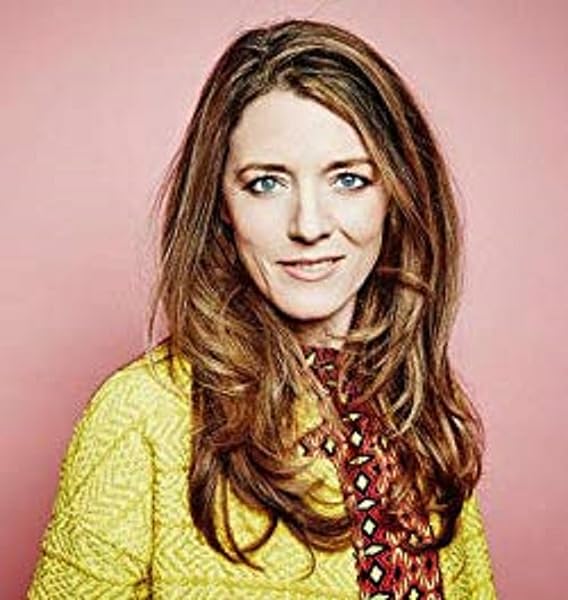 Page 1 of 1 Start overPage 1 of 1
This shopping feature will continue to load items when the Enter key is pressed. In order to navigate out of this carousel please use your heading shortcut key to navigate to the next or previous heading.
Back
Next
Start reading Inside Black Mirror: The Illustrated Oral History on your Kindle in under a minute.

Praise for Inside Black Mirror Highly recommended...A great read for fans of the show. --Den of Geek

Terrifying, funny, intelligent. It's like the 'Twilight Zone, ' only rated R. --Stephen King Black Mirror is hands down the most relevant program of our time, if for no other reason than how often it can make you wonder if we're all living in an episode of it. --The New York Times Brooker continues to solidify himself as one of the most creative writers in the medium. Even when the unfair creep of expectations rears up, Black Mirror and Brooker deliver. --The Hollywood Reporter

Charlie Brooker (Author)
Charlie Brooker is an award-winning writer, producer and broadcaster whose career has spanned television, radio, print, and online media. Brooker is the creator and writer of Black Mirror, whose fourth season launched on Netflix at the end of 2017 and won a BAFTA Craft Award and has recently picked up three BAFTA TV Awards nominations. The critically acclaimed, mind-bending anthology series originally launched on Channel 4 in 2011 and over its four seasons has collected awards including Primetime Emmys(R) for Outstanding TV Movie and Outstanding Writing for a TV Movie, Producers Guild of America, Rose D'or, BAFTA, International Emmy(R) and Peabody.
Annabel Jones (Author)
Annabel Jones is a long-term collaborator of Charlie Brooker's. She serves as co-show runner and executive producer on Black Mirror. Previously Jones executive produced a number of shows presented by Charlie Brooker including three series of the BAFTA-nominated BBC Two satirical review Weekly Wipe; all seven editions of the annual shindig Charlie Brooker's End of Year Wipe, which won a BAFTA for its 2016 edition; How Video Games Changed the World; Newswipe, which won the 2009 Royal Television Society Award for Best Entertainment Programme; Gameswipe; and the How TV Ruined Your Life series for BBC Two.
Jason Arnopp (Co-author)
Jason Arnopp is a novelist and scriptwriter, with a background in journalism for such titles as Heat, Q, Kerrang!, SFX and Doctor Who Magazine. He wrote the terrifying 2016 Orbit Books novel The Last Days Of Jack Sparks, acclaimed by the likes of Ron Howard, Sarah Lotz and Alan Moore. Arnopp's previous works include official Doctor Who and Friday The 13th tie-in fiction, Beast in the Basement A Sincere Warning About the Entity in Your Home and the non-fiction title How To Interview Doctor Who, Ozzy Osbourne and Everyone Else. He lives in Brighton, UK, and can be found on Twitter as @jasonarnopp.

4.7 out of 5 stars
4.7 out of 5
188 global ratings
How are ratings calculated?
To calculate the overall star rating and percentage breakdown by star, we don’t use a simple average. Instead, our system considers things like how recent a review is and if the reviewer bought the item on Amazon. It also analyses reviews to verify trustworthiness.

Amazon Customer
5.0 out of 5 stars Guide to Black Mirror
Reviewed in the United Kingdom on 2 November 2018
Verified Purchase
Received this book today. I’m only about 10 pages in and I’m hooked. The show is in a league of its own and it’s one of my absolute favourite TV shows ever! This book completely unwraps the series, including a dialogue between Charlie Brooker, Annabelle Jones and other crew members (including some guest appearances from cast members) which details each thought process for each episode of the show. It includes beautiful pictures, including plenty of behind the scenes shots. Any Black Mirror fan’s dream!

Sadly I did notice that my finger prints wouldn’t rub off from the black dialogue pages, so now my book has smudges in it, but I guess it’s just personalised now.

Jessicblah
4.0 out of 5 stars Buy in store to avoid damage
Reviewed in the United Kingdom on 14 November 2018
Verified Purchase
It arrived super fast but every single corner of the book is damaged. Some examples are attached. Its a real shame because this is a Christmas present and it looks like not much effort was put into it now as its so beaten up. If you can find a store that sells this- buy it in store as I'm really dissapointed.

The inside of the book is gorgeous and the contents actually break down every single episode and even talk about the future of black mirror. Every episode has a myriad of pages dedicated to it with behind the scenes photos, influences, sketches and interviews.

Skunge
5.0 out of 5 stars Big brilliant black book
Reviewed in the United Kingdom on 17 December 2018
Verified Purchase
A quite substantial book, really heavy and good quality but make sure your hands are clean because the pages mark really easily. If you like Black Mirror you'll love this as it goes into the back stories behind the stories, how the story came about and evolved and it explains the leap from Channel 4 to Netflix. Charlie Brooker comes across really well and gives a good insight into his thinking process.
Read more
3 people found this helpful
Report abuse

But amazons service is awful. Listed as "new" and sold by amazon.eu it cones not even in shrink wrap and my copy was covered in grubby dirt marks. Supposed ti be a gift but looks more like i am regifting a dirty old book i dont want anymore

Paul
5.0 out of 5 stars Whats not to love?
Reviewed in the United Kingdom on 16 August 2019
Verified Purchase
This book... Of course it was going to be good. For me, it is definitely one you would read having watched Black Mirror. Its a read which is bound to be interesting if you already love the genre and want further insights as to how each episode came about. Its a bit like a directors comment track you get on some films but, in this case, for every Black Mirror Episode up to and including Series 4. I found myself really enjoying consuming the behind scenes around one episode while at the same time, hardly being able to wait to read about what inspired the next as there really isn’t a Black Mirror title I don’t like. One o the biggest takeaways for me was getting to know Charlie Brooker more personally through the interviews documented in the book. He is far less disconnected and aloof as a person than I thought which would make sense given the complex nature of stories and characters in Black Mirror. I also had no idea that Annabelle Jones was so involved. All round good stuff.
Read more
Report abuse
See all reviews
Get FREE delivery with Amazon Prime
Prime members enjoy FREE Delivery and exclusive access to movies, TV shows, music, Kindle e-books, Twitch Prime, and more.
> Get Started
Back to top
Get to Know Us
Make Money with Us
Let Us Help You
And don't forget:
© 1996-2020, Amazon.com, Inc. or its affiliates