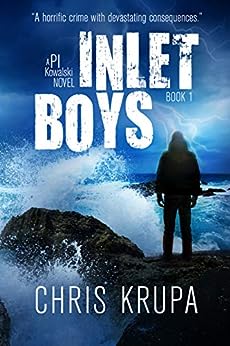 AUTHOR: I'm a freelance writer and filmmaker, born in 1975 in The Gong, who now lives in Bathurst, New South Wales, Australia with my wife and two sons. I used to make my own mystery books in the fourth grade by typing them out on an old Olivetti, and I drew my first five-fingered human being when I was four years old. In 2004, I pitched a comic series to Image Comics, and I contributed cartoons and designed a cover for the Litmus Journal of Melbourne in 2007. I worked with the Victims of Crime department in Sydney, rubbing shoulders with ex-cons and stand over men, and sought restitution for their victims. In 2014, I founded a production company, Glitchfilms, alongside my producing partner. In 2015, I wrote and directed an independent horror film, The Lights, which was released in selected cinemas. I self-published the tie-in, behind-the-scenes eBook, Dark Light: How to Get Your Horror Film into Cinemas. I write every day and try to put some of myself into my writing. My passion is crime fiction, and my favourite authors include Karin Slaughter and Michael Robotham. I also love graphic novels by Neil Gaiman and Grant Morrison.

SENIOR EDITOR: Lane Diamond has over 170 published books to his editing credit, including many multiple award-winners, across many genres and styles.

EDITOR: I love reading. Books have always been a part of my environment and my life. I taught English Literature for many years and my favorite part was watching students find their voice in writing. I edited at Weekly Reader for about a year prior to taking time off to have children. They are now writing their own stories, and reading as many books as their mama! I manage an independent bookstore in Chappaqua, New York called Scattered Books, which is my second home. I travel often with my family, and friends, and always make sure I find the bookstores wherever we go. --This text refers to the paperback edition.

Tracy F.
5.0 out of 5 stars Page-turner!
Reviewed in Australia on 5 December 2019
I really enjoyed this debut novel by Krupa. I read in one sitting and found it was a page turner. I liked PI Kowalski as a character and person. When the book ended, I was left wanting more. I enjoyed the fact that many places mentioned I could identify with. I am looking forward to the next in the series and even giving a copy to my sister for Christmas. Bring on Tall Dark Heart now!!
Read more
Helpful
Report abuse
See all reviews
Back to top
Get to Know Us
Make Money with Us
Let Us Help You
And don't forget:
© 1996-2021, Amazon.com, Inc. or its affiliates